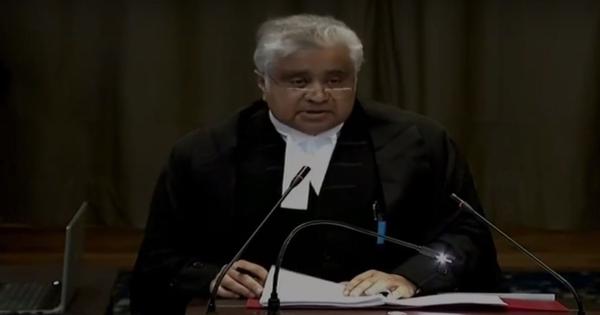 India and Pakistan are poised to present the International Court of Justice with their arguments on the high-profile case of Indian spy/navy commander Kulbhushan Jadhav, who was arrested from Baluchistan in March 2016. The ICJ will begin a four-day session of public hearings on the case in The Hague, allowing both India and Pakistan the opportunity to present their arguments, and later, refute them as well.

Pakistani authorities have done a commendable job of presenting substantial evidence and the confessional statements that Kulbhushan Jadhav himself volunteered shortly after his arrest. The investigations conducted in this case have provided sufficient evidence to demonstrate his presence and terror-promoting activities in Baluchistan with a false Muslim identity, Hussain Mubarak.

This case has emerged as the most powerful example of Indian sponsorship of terrorism on Pakistani soil.

India will make the opening arguments in the hearing scheduled for today, while Pakistan will present its closing arguments later on Thursday. The ICJ is expected to provide its decision later this year, and it has clearly stated that it cannot perform the duties of a “Criminal Court of Appeal” and both parties can later submit a review appeal before domestic courts.

Pakistan presented the Indian authorities with a detailed dossier of the evidence and claims that have emerged with the confession and investigations conducted against Jadhav. However, India has failed to respond to these allegations leveled by Jadhav himself, claiming that he is a mere “businessman kidnapped from Iran and tortured into a confession that he is a RAW agent”.

India further claims that Commander Kulbhushan Jadhav resigned from the Indian Navy, however, they failed to specify what led to his resignation. New Delhi has also failed to respond on why Jadhav was found in Baluchistan with a fake Indian passport.

Kulbhushan Jadhav was captured from the Mashkel region of Baluchistan, in March 2016, and shortly after, he confessed of impersonating a Muslim identity under the name of Hussain Mubarak and inciting terrorism across the province under orders of RAW, the Indian military intelligence wing. He is held accused of espionage and promoting terrorism on Pakistani soil.

The investigations conducted in this case have provided sufficient evidence to demonstrate his presence and terror-promoting activities in Baluchistan.

Through two confessional videos made by ISPR, he confessed that his activities for RAW mainly revolved around reportage on Pakistan’s naval capacities, along with developments across the Makran Coast, interior Baluchistan, and Karachi. He was also involved in meeting Baloch separatist groups and ensuring Indian support for their movements.

The former head of ISPR, Lt Gen Asim Bajwa had specified that Jadhav was a spy who was being dictated by the RAW Chief, RAW Joint Secretary, and the Indian National Security Advisor. Lt Gen Asim Bajwa termed the arrest of such a high-profile spy as a “big achievement” for Pakistan’s intelligence agencies.

Former ISPR head had revealed that Jadhav’s mission was to “undermine the developments undertaken for the China-Pakistan Economic Corridor (CPEC)” and he was particularly focused on “disrupting developments on the Gwadar port”. This case has emerged as the most powerful example of Indian sponsorship of terrorism on Pakistani soil.

Despite the extensive evidence piled up against RAW’s most high-profile spy till date, on 25th December, 2017, Pakistan allowed Jadhav to meet his mother and wife, a gesture of goodwill that was ridiculed by Indian authorities with allegations of subjecting the Jadhav’s visitors to “absurd security measures” and “language barriers.”

Will ICJ’s Judgment be in Pakistan’s Favor?

While speaking to Ejaz Haider on his talk show, Indus Special, international law expert Ali Sultan provided a detailed overview of the charges of espionage and running subversive terror networks for RAW. “Jadhav has confessed committing the crimes of inciting violence and abetting terror organizations in Baluchistan in front of a duly competent magistrate and India used the same mechanism of confession in the case of Ajmal Kasab.

The Indian military intelligence wing. He is held accused of espionage and promoting terrorism on Pakistani soil.

Therefore, there are no doubts, whatever Jadhav has revealed in his voluntary confession stands true. He has very clearly stated that he had instructions from Indian intelligence agencies to carry out subversive activities, destabilize Baluchistan and carry out intelligence activities on our military installations”, remarked Sultan.

“Jadhav was an instrument of the Indian state, and in carrying these acts, through Kulbhushan Jadhav, the Indian state is responsible for conducting acts of espionage, terrorism, and sabotage as per the draft articles on state responsibility”, Ali Sultan further specified. Upon Ejaz Haider’s question on the difference between state treatment towards a captured intelligence operative collecting information and a spy who is running subversive networks, Ali Sultan put forward some interesting arguments.

“History reveals that it is customary practice for states to deny counsel access in cases on sensitive national security allegations, where there is always fear that the canary might sing. In cases where crime against the states, such as Jadhav’s crimes of espionage and sponsoring terrorism against the Pakistani state, a strong case can be made to substantiate Pakistan’s legitimate grounds for withholding counsellor access.”

However, Ali Sultan raised a very important and thought-provoking argument, which has largely been ignored in media reports. He revealed, “Pakistan has never denied counsel access to Jadhav. Pakistan presented the Indian authorities with a verbal note, stating that we are willing to grant counsel access if you are going to cooperate with us on the investigation of the case based on Kulbhushan Jadhav’s confession.”

Ali Sultan lamented India for not providing Pakistan a positive response despite its efforts to seek cooperation. “Under the United Nations Security Council resolution 1373, India is obligated to provide us its cooperation (in investigating Jadhav’s claims). And since India is not providing us that cooperation, it is acting in bad faith.”