The Indian Illusion: Denying Anti-Iranian Sanctions While Implementing Them 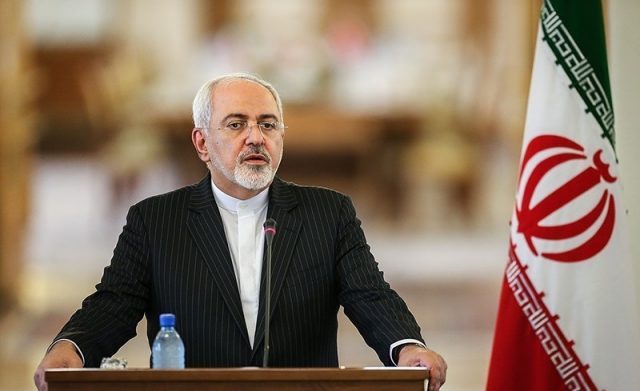 People all across the world, and especially in the multipolar bloc of BRICS, collectively let out a sigh of relief after Indian Foreign Minister Sushma Saraj said that “India follows only U.N. sanctions, and not unilateral sanctions by any country”, formalizing New Delhi’s intent to continue trading with Tehran in spite of enormous pressure from Washington to curtail its economic connections with the sanctioned Islamic Republic.

That official statement accurately reflects the Indian government’s intentions in continuing to purchase oil from its third-largest supplier and hints that it won’t let its North-South Transport Corridor (NSTC) plans with Iran, Azerbaijan, and Russia be deterred by America, but it nevertheless fails to account for why two of the country’s Iranian-linked banks are complying with American demands.

While marketed as “multi-alignment”, this double-dealing policy of deceit is actually nothing more than a clever way of implementing unipolar policies under a multipolar guise.

Reuters quoted Ajay Sahai, Director General of the Federation of Indian Exporters Organisation (FIEO), as saying that “IndusInd and UCO bank are telling exporters that you complete all Iran business by August 6”, which is right around the time when the US’ more robust anti-Iranian sanctions are expected to kick in. The news outlet also claims to have seen an IndusInd letter from 24 May that backs up Sahai’s account.

Quite clearly, then, the “world’s largest democracy” is obviously incapable of enforcing its sanctions-evading policies on its private companies, who are keen to do as they please in pursuit of their self-interests, which evidently lay in abiding by America’s anti-Iranian sanctions. The dichotomy between a government that pledged to ignore the US’ sanctions and a private sphere that’s eager to implement America’s decree raises serious questions about India’s reliance as an international partner.

There’s no doubt that New Delhi’s independent interests are best served by continuing its energy trade with Tehran and comprehensively expanding economic relations through the NSTC, but the problem is that some of its private companies don’t see things that way and are afraid of falling victim to the US’ wrath if they dare to evade Washington’s anti-Iranian sanctions.

This illustrates a problem much larger than India, however, and it’s that the weaponization of sanctions is surprisingly effective because it’s proven its worth in successfully dividing the public and private spheres, with governments swearing not to abide by these unilaterally imposed economic restrictions while companies are more than willing to comply in order to remain in America’s favor and not be shut out of its enormously profitable marketplace.

India, with its comparatively free economy, is unable to force private actors to adhere to state-directed decisions, and honestly speaking, it likely doesn’t intend to do so even through surreptitious means because this could scare away the international investors that it needs to court in order to advance its “Make In India” policy of domestic development and jobs.

Moreover, the independent choice that private companies make to follow American sanctions might actually be something that some Indian decision-makers silently approve of because it allows their country to de-facto implement the will of its new 100-year-long military-strategic “partner” (or more accurately, hegemonic neo-colonizer) while misleading the world with feel-good statements about its government’s intent to do the opposite. While marketed as “multi-alignment”, this double-dealing policy of deceit is actually nothing more than a clever way of implementing unipolar policies under a multipolar guise.

Andrew Korybko is a political analyst, journalist and a regular contributor to several online journals, as well as a member of the expert council for the Institute of Strategic Studies and Predictions at the People’s Friendship University of Russia. He specializes in Russian affairs and geopolitics, specifically the US strategy in Eurasia. The views expressed in this article are author’s own and do not necessarily reflect Global Village Space’s editorial policy.