The Next Revolution in Gaming

The video game industry is one of the fastest-growing industries in the world. It is quickly becoming the most popular entertainment form worldwide. Previously, sports and movies dominated the entertainment industry, but with young people showing more interest in video games, the world is changing with them.

Who knows what the future of gaming is? It could go in so many different directions, but it needs to pick a path. Betting on Esports at places like Casino Canada could become common. Right now, the video game industry is struggling to produce new content. Although people are eating it up now, it won’t last forever, and they will need to start creating new things soon.

Currently, the video game industry is filled with several cliche game genres. Genres like shooters, RPGs, and MMOs have been played out. They aren’t bad genres by any means; if they would never have risen in popularity.

However, they are becoming stale because they make up the majority of games that come out these days. Without introducing new ideas and concepts, many people will lose interest in video games as a whole. This is obviously not what we want, but it is unavoidable without change.

Things Being Done Right Now That Are Working

For instance, Esports. Esports is something you might have heard of, but you probably are not familiar with the size and scope of the world of Esports. This new type of sport is growing exponentially across the globe.

When people think of Esports, they may be led to believe that it’s only popular in Asia and in other niche circles. While it is still fairly niche, it isn’t as niche as you might think. Top Esports titles consistently sell out sports arenas all around the world.

Games such as League of Legends, Dota, Overwatch, and CSGO have developed massive followings that continue to grow. Pretty soon, Esports may become something that you see talked about to TV programs like ESPN.

Part of what makes Esports so exciting is that there are new games that come out regularly that develop scenes for themselves. There are so many different types of games that there is something for everyone.

Part of the future of video games will involve Esports betting. For those already involved in the industry, they know that betting is already a big deal in the world of Esports. There are so many sites that support Esports betting.

However, the betting industry in the world of Esports needs more regulation. Currently, there are too many shady companies that do not regularly pay out money on bets. So, there is clearly room for things to be fixed.

That being said, once these things get sorted out, Esports betting will start to rise in popularity in the mainstream. Esports betting is so popular because there are lots of games to bet on almost every day throughout the year. As a result, betters can make a lot of money if they know what they are doing.

Luckily, there are also many experts on this subject. People like Daniel Bennet have put lots of time into learning about the industry. They will be available as the industry moves forward to provide information to others. 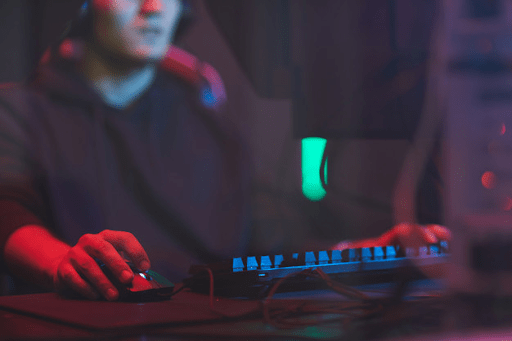 So many people ask the question, what is the future of gaming? No one can know the answer for sure, but we can throw out some ideas.

Many people play video games to escape from reality. As a result, they play games in fantasy worlds. However, there aren’t many games that mimic real life.

There could be interested in video games that are relevant to the world today. The world is so controversial and politically charged, and people need an outlet.

Many people might be interested if there was a game that gave people the ability to make changes in the world that they believe are right. It isn’t a guarantee that it would be popular, but it is worth a try. Game companies put out so many duds every year; it wouldn’t hurt for someone to make the attempt.

The Revolution of Gaming Is Coming

While the video game industry is growing rapidly, it could use some help in innovation. What will send them to the next step is unclear, but there is much the industry can do to improve.