The problem with democracy in Pakistan – Farid A Malik 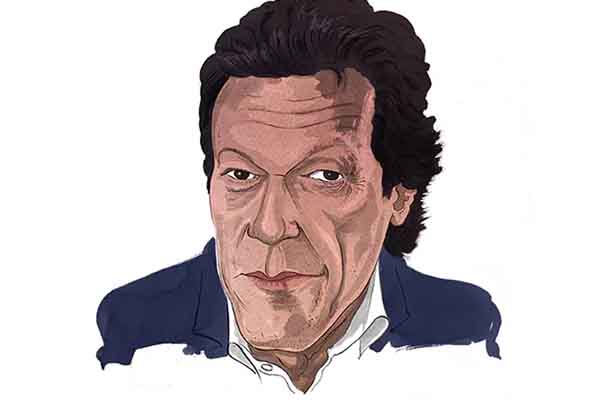 Recently Sir Maurice James who was British High Commissioner in Pakistan during the sixties has published his book titled ‘Pakistan Chronicle’. Based on his personal interactions, he has highlighted his impressions of the leadership, for Ayub Khan he used the word ‘philistine’ (deficient in intelligence) while for Bhutto he used the term ‘dissimulation’ (disguise).

These are very strong words, coming from an English diplomat. After serving in Pakistan for over a decade he was then sent to India in 1969. According to Sir Maurice, after promoting himself to the rank of Field Marshal, Ayub Khan changed. As a five star general he started thinking high of himself. He thought he could defeat India in two weeks. The 1965 war was ill-planned and ill-conceived. When he was informed that the stockpile of arms and supplies were running out he was surprised.

For Bhutto he said, ‘One day Bhutto will destroy himself’. He even predicted, ‘Bhutto was born to be hanged’. Ayub’s vision for Pakistan was; military on the top, followed by bureaucracy with political leadership at the bottom. That is why he sent the entire 1946 elected assembly home under EBDO (Elected Bodies disqualification Ordinance). He then introduced third rate politicians like the Chaudhrys of Gujrat, Wattoos of Okara and Bhinders of Gujranwala etc. the 1956 constitution was abrogated unilaterally to be replaced by his own version of 1962 which was built around him.

A popularly elected leader is now in the saddle, the country has hope to re-emerge as a progressive welfare state as envisioned by the founding fathers who were men of intellect, honesty and integrity. Subservient democracy must end for the nation to move forward.

Madre Millat Fatima Jinnah challenged this Khaki – Baboo nexus in the 1965 presidential elections. Against the dictator she had overwhelming support in the country especially in East Pakistan and Karachi. Khan used his state apparatus to steal the electoral contest. Despite his two ‘rustlers’, Nawab Amir Muhammad Khan in West Pakistan and Abdul Monem Khan in Eastern Wing, he lost in Karachi while it came close in the East.

The usurper was furious; his son the politician Capt Gohar Ayub Khan was sent to Karachi to teach them a lesson. Liaquatabad came under an organised armed attack the first in the history of the country. After the 1965 war debacle, Bhutto revolted against the dictator. He then formed his own political party in 1967 to launch a movement for democracy and equitable distribution of wealth.

In East Pakistan, the Awam League under Sheikh Mujib-ur-Rehman wanted to exercise autonomy. The dictator was cornered. His state apparatus could not save him. Finally he decided to step down in March 1969 but lacked the courage to follow his own constitution, Yahya Khan the Army Chief took over as Chief Martial law Administrator (CMLA) and President.

Ayub Khan’s vision was seriously flawed. Neither the ‘Khakis nor their subservient ‘Baboo’s had the capacity to lead the nation. Compared to Liaquat Ali Khan (Oxford educated), Hussain Shaheed Suhrawardy (Oxford educated) Khawaja Nazimuddin (Cambridge educated) Zulfiqar Ali Bhutto (Berkeley and Oxford educated), Ayub Khan was half educated. After his primary education in his home town he joined the Aligarh University but soon left to join the Royal Military Academy to become a soldier.

According to Sir Maurice, after promoting himself to the rank of Field Marshal, Ayub Khan changed. As a five star general he started thinking high of himself.

Soldiers are trained to operate on the borders not in the cities or exhibit statesmanship. This Khaki-Baboo nexus of two colonial institutions not only derailed the democratic process it also thwarted our journey to freedom. Only the two democratic governments, one elected in 1946 and the other in 1971, have been able to serve the people. Benazir Bhutto after a valiant struggle (1977 to 1988) had a chance of Shattering Ayub’s vision but she opted to compromise.

Nawaz Sharif was a product of this flawed establishment approach. With ten manipulated electoral contests the drama finally came to an end in the recently held elections in July 2018. After Bhutto, Kaptaan is a popular leader he has an opportunity to finally close the Ayub, Yahya, Zia, Musharraf era by delivering on his promises. Genuinely elected political leadership has to be on the top as they were from 1947 to 1958 and then in 1971 to 1977. Since then it has been downhill.

Read more: Will the bureaucracy behave? – Farid A Malik

As a nation we have wasted forty years (1977 to 2017) of our development and growth by following Ayub and Zia’s vision of subservient democracy that produced third rate political leadership that the nation has to endure today. My Khaki friends now submit that they were individual not institutional bhunders which should not be repeated. The unanimous 1973 constitution which reflects the vision of an elected leader stands out as a beacon of hope and light for the nation.

The fourth usurper is already being tried under Article-6, the same should be applied to the third and most viscous dictator whose acts no one is willing to defend not even his own political embryos like the Sharif’s. Pakistan needs its best not the worst brains to lead in the 21st century as has been the case since 1958. The constitution has defined institutional boundaries that must be respected.

A popularly elected leader is now in the saddle, the country has hope to re-emerge as a progressive welfare state as envisioned by the founding fathers who were men of intellect, honesty and integrity. Subservient democracy must end for the nation to move forward.

Pakistan suffers: The corrupts are made heroes