Having clinched the monumental US-Taliban peace agreement in 2019, the stakeholders still remain face to face on the ground. An uptick in violence, deeply entrenched intra-Afghan mistrust and the increasing presence of ISIS serve as red flags for the diligent observers. However, the recent prisoner release between both parties serves as a light at the end of the tunnel. 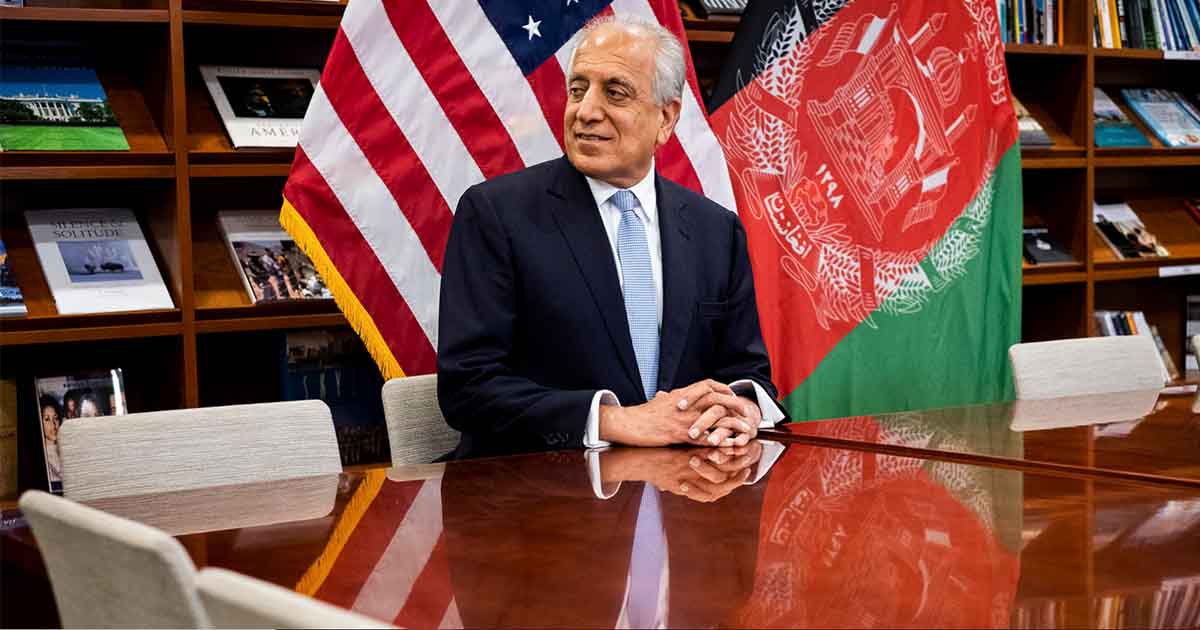 It took the Trump administration 17 months to clinch a preliminary agreement with the Taliban – a first step toward ending more than 18 years of U.S. military intervention in Afghanistan.

On 29 February 2020, the United States and the Taliban signed a peace deal in Doha, Qatar, after more than 18 years of conflict. The agreement, officially titled “Agreement for Bringing Peace to Afghanistan”, signed by Taliban’s deputy leader and chief negotiator Mullah Abdul Ghani Baradar on behalf of the Islamic Emirate of Afghanistan and by US envoy Zalmay Khalilzad on behalf of Washington is barely over 3 pages long and written in three languages; Dari, Pashtu, and English. This US-Taliban peace treaty has engraved itself in the annals of history.

The Afghanistan peace deal is exclusively dependent upon four main parts. First, it guarantees the prevention of the use of soil by any international terrorist organization or individual against the security of the U.S. and its allies. Second, a timeline is being framed for the withdrawal of all U.S. coalition forces from Afghanistan. Third, it depends on a political settlement resulting from intra-afghan dialogue and negotiations between the Taliban and inclusive negotiations with the government of Afghanistan. Fourth, and lastly, it entails a permanent and comprehensive cease-fire.

Read more: Taliban leader Omar lived next to US Afghan base: biography

The aftermath of the U.S.-Taliban agreement got off to a rocky start with an escalation in violence by the Taliban against Afghan forces and domestic political squabbles. Since the inking of the agreement, over 4,500 attacks have been launched by the Taliban.

In April alone, the Taliban killed 141 civilians and wounded 285 others. And since they signed the peace deal with the United States last February, they have carried out 3,712 attacks in almost every region of Afghanistan, killing 469 and wounding 948 others. The United Nations Assistance Mission (UNAMA) separately reported that the first quarter of 2020 tragically witnessed 1,293 civilian casualties across Afghanistan.

On 12th May, the world amid a deadly pandemic was shocked when a maternity ward in Kabul was attacked killing 24 mothers, babies at birth, and medical personnel. On the same day, a funeral procession was attacked in Nangarhar, which killed another 19 innocent mourners and wounded many more.

Afghanistan’s flagging peace process was on the verge of collapse following weeks of devastating militant attacks, mounting public anger, and the halt of a major prisoner swap. But a brief cease-fire between the government and the Taliban and the release of prisoners has breathed new life into efforts to negotiate an end to the nearly 19-year war.

The Afghan government released hundreds of Taliban prisoners on 27th May 2020, its single largest prisoner release since the U.S. and the Taliban signed a peace deal earlier this year that spells out an exchange of detainees between the warring sides. The Taliban have also released about 300 hostages.

The prisoner release is part of the U.S. deal with the Taliban, signed on Feb. 29, to allow for the eventual withdrawal of U.S. and NATO troops from Afghanistan, bringing to an end the country’s protracted war and America’s longest military involvement. The rest of the exchange has come to a halt over disagreements about its terms. The Taliban say that the release of all detainees on their list is a pre-condition for intra-Afghan peace talks. They accuse Kabul of deliberate delay and demand the immediate release of the prisoners because of Covid-19.

(1/4) Prisoner releases have reached a new milestone. We welcome the government now having exceeded 3000 Talib prisoners released and the Taliban 500+. It is important that the process continues and the prisoners release roadblock resolved.— U.S. Special Representative Zalmay Khalilzad (@US4AfghanPeace) June 11, 2020

The recent developments of the ceasefire on the occasion of Eid and the release of the Taliban prisoners by the Afghan Government have raised prospects of an extended cessation of hostilities and the long-delayed launch of direct talks between the government and Taliban over a permanent cease-fire and a future power-sharing agreement.

Afghanistan’s already weak economy has been badly hit by the COVID-19 measures at home and abroad. This has further impoverished an already destitute nation of numerous vulnerable groups, especially youth — both educated and not — who remain vulnerable to recruitment by terrorist groups, including al-Qaeda and the Islamic State. In sum, a failure to cease violence will not only cost Afghanistan more lives from COVID-19, but it will also continue fueling the killing machine that is terrorism.

Importance of intra-Afghan dialogue for peace

Considering the Taliban’s consistent reluctance to talk to the Afghan government, getting the parties into the same room and talking to each other will be a significant, and essential, step in the peace process. But it will not be easy for the Afghan government and the Taliban to reach an agreement — particularly an agreement that international partners are able to live with and would see as a basis for continuing to provide the development funding that the country sorely needs. Such an agreement is within reach. But it will require commitment, patience, and moderation from the parties, and continued support from Afghanistan’s international partners.

Developing an intra-Afghan compromise is a necessary step for ending the relentless violence in the country. A comprehensive peace process in Afghanistan requires a much more deliberate design than currently exists. The road to peace in Afghanistan is not short. Maneuvering through Afghanistan’s internal and regional political dynamics is no less challenging than five-dimensional chess.

"We will talk to the Kabul admin as a party to the conflict, dont see them as a legitimate govt. Agreement for withdrawal of US troops will bring peace & prosperity. after prisoner release Qatar, Germany, Norway options for intra #Afghan dialogue" @suhailshaheen1 tells @AJEnglish pic.twitter.com/ZaktVnuhgk— Osama Bin Javaid (@osamabinjavaid) February 28, 2020

There are many complicated issues that make peace-building a complicated process. An intra-Afghan settlement requires not just a compromise between the two major political factions in the Afghan government and the Taliban but also amongst several regional actors like Pakistan, Iran, Russia, China, and India who have vested interests in what happens in Afghanistan. Moreover, the Afghan government which was not a party to the negotiations does not support many of the parts of the agreement and has objected to taking the next steps necessary to move the peace process ahead.

Read more: Afghanistan: What will it take to achieve sustainable peace?

The Taliban itself is a divided house, with its political leaders signing the agreement, but the commanders in the field not on board. These commanders are younger and battles tested, and have fought in difficult and remote areas of the country.  They are the heart of the Taliban and many have their own agendas that are at odds with the peace agreement.

Absence of clarity regarding the structure of future Afghan government, ambiguity over power-sharing mechanisms within Afghan stakeholders, absence of ownership and economic commitment on part of the US, innate factionalism in Afghan society and lack of involvement of local leaderships and ethnic and other groups are some of the other key challenges that could hinder the prospects of the peace process.

A peace sensitive process should address the root causes of the ongoing conflict in Afghanistan and offer a framework that could effectively address them. Any success of the future negotiations depends upon one core factor: the ownership of the process should lie with the Afghan state and society. Any reconciliation process cannot bring the desired results if it lacks the elements of commitment and sense of ownership by all the warring parties, peace brokers and the Afghan people upon whom the reconciliation agreement will apply.

Long-lasting peace can never be achieved through armaments and military technology. Crystal-gazing Afghanistan, one is reminded of a Pashto proverb, “khabarey pe khabaro khlasigee” (issues are resolved through talks).

In the end, it is not the economic prowess or the ability to destroy, but the ability to understand and co-operate that can bring about a positive change that can promote harmony for all partners. With a heavy heart, it can be hoped that the coming months will bring much needed peace and reason to smile for the people of Afghanistan. After four decades of warfare at the hands of two superpowers of the world, it is what is owed to the people of Afghanistan, at the very least.

The writer is a Civil Servant from the 47th CTP. He is currently serving as a Section Officer (UT). He holds a Master’s degree in Sociology, Political Science and IR.The views expressed in this article are the author’s own and do not necessarily reflect the editorial policy of Global Village Space.