Trump approves ban on immigration, vows to keep foreigners away from US jobs

Pressure on President Trump is increasing with the growing number of coronavirus cases & unemployment rates in the US. Out of frustration, he has signed an executive order that has banned the immigration process for 60 days to ensure the American people are first in line for jobs. As elections are due in November, can we say this is a gambit? 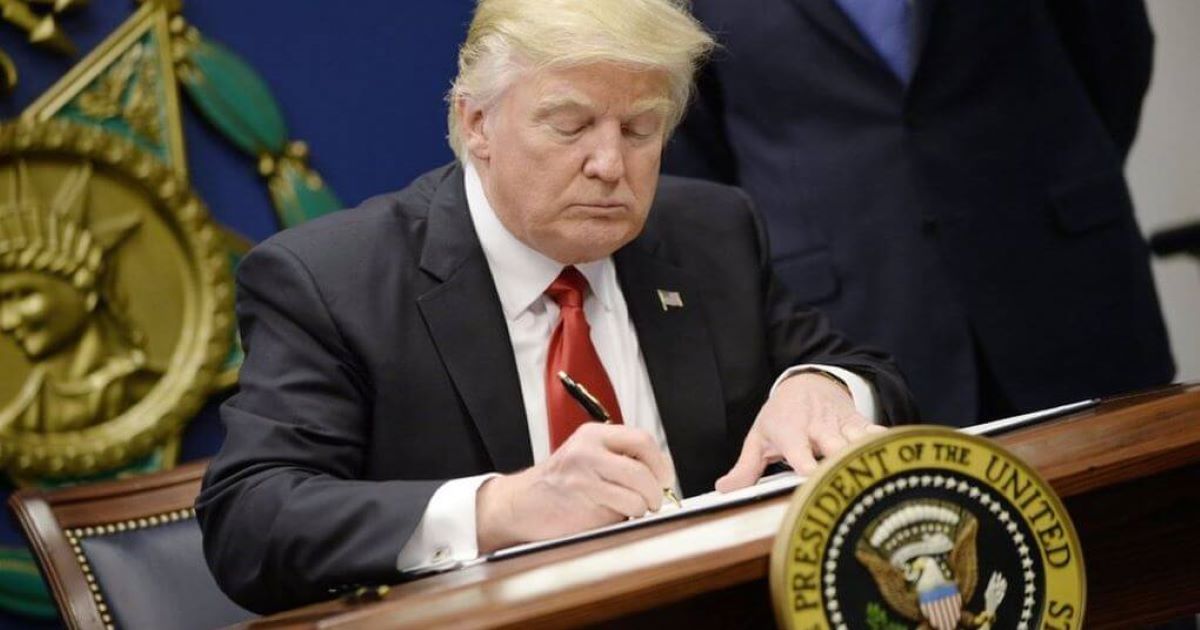 President Donald Trump announced Wednesday he has partially suspended immigration to the United States, with the aim of keeping foreigners out of local jobs during the coronavirus crisis.
“In order to protect our great American workers, I’ve just signed an executive order temporarily suspending immigration into the United States. This will ensure that unemployed Americans of all backgrounds will be first in line for jobs as our economy reopens,” he told a press conference.

The 60-day suspension hits some of the people applying for permanent residency, or green cards.

Seasonal workers, such as immigrants vital to US farm labor, are still allowed to enter. The order also exempts several categories of green card applicants, including people working in health care and immediate relatives of US citizens.

"This will ensure that unemployed Americans of all backgrounds will be first in line for jobs as our economy reopens," US President Trump says. https://t.co/h02cBZtSTG— Rappler (@rapplerdotcom) April 23, 2020

Trump said he is seeking to shield the job market for US citizens at a time when the previously booming economy has gone off a cliff, with 22 million joining the unemployment ranks due to the coronavirus-related shutdown.

Trump has already made restrictions on immigration — both legal and illegal — a cornerstone of his nationalist “America first” presidency. The dramatic-sounding but ultimately limited new ban is expected to fuel his bid for a second term in November.

Reopening, but how fast?

With more than 45,000 deaths and 825,000 coronavirus infections, the United States is the world’s hardest-hit country, and healthcare workers in hotspots such as New York have struggled to cope.

As the worst-hit areas report a decline in new cases and some states to look to reopen their economies, Trump’s reelection campaign is also gradually attempting to recover momentum.

A key for Trump will be either getting the economy fired up or at least persuading voters that he has done everything to protect them.

Trump insisted again that he is optimistic.

“I feel much different today than I did two or three days ago,” he said. “I’ll not rest until that prosperity has been fully restored.”

However, he is walking a political minefield on whether to encourage a quick end to social distancing — in hopes of businesses coming back — or to remain cautious in case the virus rebounds.

Trump said he has told the governor of Georgia, who is aggressively reopening the state economy, that he “strongly” disagrees with those measures — a rare rebuke from the president to a Republican ally.

At the same time, he played down the risks of a second wave of coronavirus hitting the United States this autumn, right when the election season is peaking.

“We may not even have (coronavirus) coming back,” he said.

This was bluntly contradicted by Anthony Fauci, the country’s top infectious diseases specialist and a key White House advisor. “There will be coronavirus in the fall,” he stated.

As state governors interpret the risks differently, the debate over how fast to reopen has taken on sharply political tones in the last few days.

Demonstrators, some of them brandishing rifles and other weapons in city centers where firearms can be legally displayed, argue that the economic shutdown is akin to removing their civil rights. Trump has on several occasions given support to the protesters.

"It will help put unemployed Americans first in line for jobs as America reopens."

US President Trump announcing a temporary suspension of immigration https://t.co/mcuNLF4fWZ

In the latest demonstration, in Virginia’s capital Richmond, drivers honking their horns — many of them bearing US flags and Trump banners — brought traffic to a halt as dozens rallied on foot.

While Georgia and Florida are leading the way on widescale reopenings of businesses, New York Governor Andrew Cuomo, a Democrat, continues to argue for patience.

Cuomo said death rates in his state were on a “gentle decline.”

But he cautioned in his daily coronavirus briefing against recklessly getting ahead of the science.

“I get the pressure, I get the politics,” Cuomo said, adding: “We can’t be stupid.”