Donald Trump accuses the WHO of being too China-centric amid assurance by the WHO that it will review its response to the coronavirus. Washington holds the WHO responsible for giving bad advice that it claims led the US to the situation that it is in. Meanwhile, the UN backs the WHO. 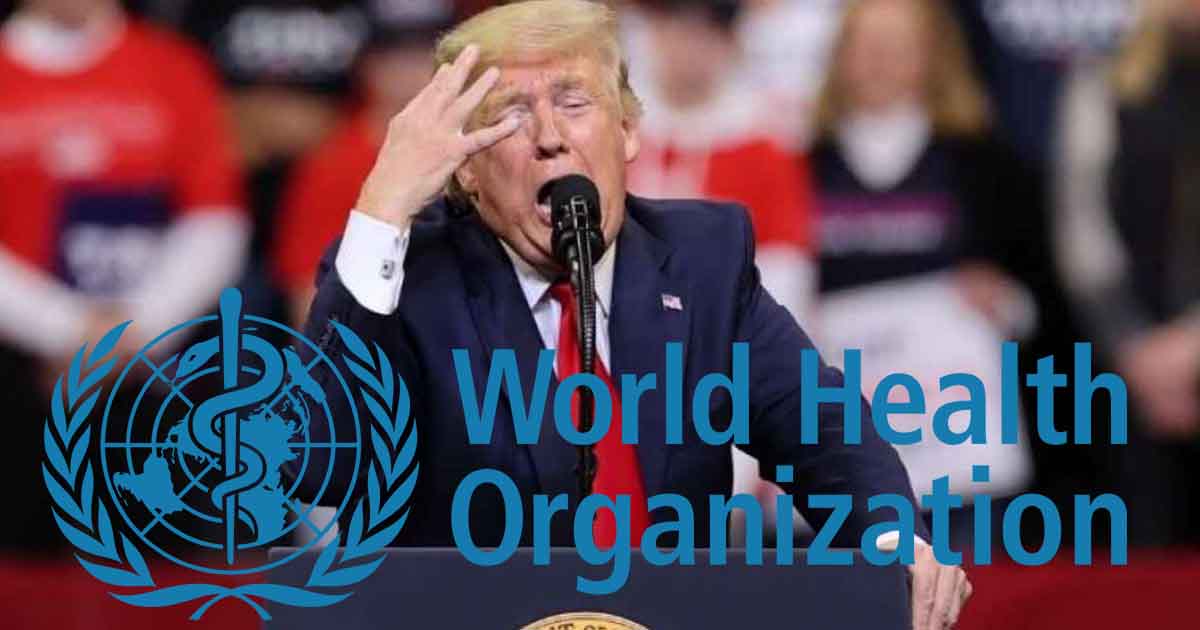 The World Health Organization said it would launch an independent review of its response to the coronavirus pandemic but President Donald Trump renewed his attack on the global body, branding it a “puppet of China” and threatening a permanent freeze on US funding.

Washington is locked in an increasingly bitter spat with Beijing over the new coronavirus pandemic and has also taken aim at the WHO, which on Monday kicked off its first-ever virtual assembly. Washington accuses Beijing of enabling the virus to wreak havoc by first covering up news and later by playing it don. It accuses the WHO of pandering to China and being unable to resist any demands made by it.

A resolution tabled by the European Union called for an “impartial, independent and comprehensive evaluation” of the international response to the pandemic, which has so far infected nearly 4.8 million people and killed more than 317,000.

WHO Director-General Tedros Adhanom Ghebreyesus acknowledged there had been shortcomings and told the virtual assembly he welcomed calls for a review.

“I will initiate an independent evaluation at the earliest appropriate moment to review experience gained and lessons learned, and to make recommendations to improve national and global pandemic preparedness and response,” he said.

“But one thing is abundantly clear. The world must never be the same.

“We do not need a review to tell us that we must all do everything in our power to ensure this never happens again,” Tedros said.

US Flays WHO for gap in information

A wide range of country leaders and health ministers hailed the WHO’s efforts but US health secretary Alex Azar said its “failure” to obtain and provide vital information on COVID-19 had cost lives.

#WHO to launch an independent review of its response to the #coronavirus pandemic as President #DonaldTrump renewed his attack on the global body, branding it a "puppet of China" and threatening a permanent freeze on US fundinghttps://t.co/He4q2RebRX

“We must be frank about one of the primary reasons this outbreak spun out of control: there was a failure by this organisation to obtain the information that the world needed, and that failure cost many lives,” Azar said in a video address to the WHO’s main annual meeting.

President Donald Trump also weighed in on the crisis, and in a letter to the WHO Director General Tedros warned the WHO to mend its ways or face a substantial cut in US funding within 30 days.

Read more: Trump asks WHO to mend its ways or face funding cut in 30 days

“Puppet of China”: WHO too close to Beijing

Washington has suspended its funding to the health body, accusing it of being too close to Beijing, and covering up and mismanaging the pandemic.

“In an apparent attempt to conceal this outbreak, at least one member state made a mockery of their transparency obligations, with tremendous costs for the entire world,” said Azar, pointing the finger at Beijing.

The outbreak, which emerged in China late last year, has killed and infected more people in the United States than in any other country by far.

Later Monday, Trump threatened to permanently freeze US funding to the WHO and reconsider its membership unless “substantive improvements” were made within the next 30 days.

“The only way forward for the World Health Organization is if it can actually demonstrate independence from China,” Trump said in a letter to the WHO chief.

“They’re a puppet of China, they’re China-centric to put it nicer,” he said earlier at the White House. “They gave us a lot of bad advice.”

Trump has accused the WHO of blindly taking the word of China, where the SARS-CoV-2 virus was first detected.

Critics say Trump, who had earlier praised China’s response, is trying to divert attention from his handling of the pandemic in the United States, which has suffered by far the highest death toll.

Trump calls WHO "puppet of China," mulls slashing funding as US "not treated right" https://t.co/gqXeUXLhS7

The annual World Health Assembly (WHA) has this year been trimmed from the usual three weeks to just two days, and is focusing solely on the pandemic.

US and UN: Contradictory strategies

“We have seen some solidarity, but very little unity, in our response to COVID-19. Different countries have followed different, sometimes contradictory, strategies and we are all paying a heavy price.”

Read more: Pay your debt to the UN! China calls US the largest debtor

The UN head said many countries had ignored the WHO’s recommendations.

“As a result, the virus has spread across the world and is now moving into the global South, where its impact may be even more devastating, and we are risking further spikes and waves,” Guterres said.

Protecting developing countries was not a matter of charity but of enlightened self-interest, he said.

“We are as strong as the weakest health systems,” he warned.

Guterres said lessons learned from COVID-19 would be essential for tackling future crises but called for an immediate focus on unity to get through the present emergency.

Despite growing tensions between the world’s two largest economies, member states hoped the WHA would adopt a resolution aimed at fashioning a joint response, including commitments on equitable access to potential treatments and vaccines.

Chinese President Xi Jinping voiced support for a joint approach, vowing in his address to make any vaccine his country developed available for all and offered $2 billion in aid.

French President Emmanuel Macron and German Chancellor Angela Merkel insisted any vaccine must be available to everyone.

While the powers bicker between themselves, the global coronavirus death toll has surpasses 319,000. Worldwide infected number 4.81 million. It is safe to say that the world needs to shape up before coronavirus shapes it out.

Another senior Pakistani doctor loses life to Coronavirus in Peshawar