In a White House press briefing, Trump announced that the US would be rescinding the special status granted to Hong Kong, and would also be barring entry for Chinese students. He blamed China for forcing the United States' hand on Hong Kong, and claimed that Chinese students were involved in 'espionage'. Meanwhile, the decisions will have economic ramifications for the US. 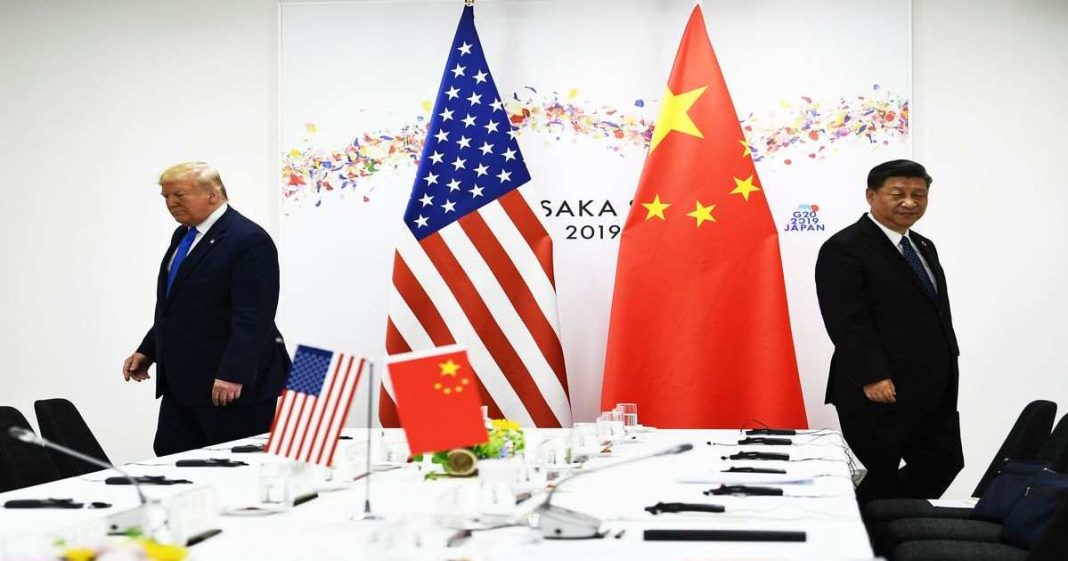 President Donald Trump severs ties with Hong Kong, announcing that he would strip several of Hong Kong’s special privileges with the United States and bar some Chinese students from US universities in anger over Beijing’s bid to exert control in the financial hub.

In a day of concerted action, the United States and Britain also raised alarm at the UN Security Council over a controversial new security law for Hong Kong, infuriating Beijing which said the issue had no place at the world body.

Trump had teased the appearance for a day, even tweeting the word “CHINA!” seven hours before the conference, as a cryptic reference to the subject of the press conference.

The US president attacked China over its treatment of the former British colony, saying it was “diminishing the city’s longstanding and proud status.”

Trump, however, was light on specifics and notably avoided personal criticism of President Xi Jinping, with whom he has boasted of having a friendship even as the two powers feud over an increasing range of issues. Nevertheless, he laid out a general plan of action that the United States administration will follow.

“I am directing my administration to begin the process of eliminating policy that gives Hong Kong different and special treatment,” Trump said.

“This will affect the full range of agreements, from our extradition treaty to our export controls on dual-use technologies and more, with few exceptions,” he said.

Secretary of State Mike Pompeo on Wednesday informed Congress that the Trump administration would no longer consider Hong Kong to be separate under US law, but it was up to Trump to spell out the consequences.

China this week pressed ahead on a law that would ban subversion and other perceived offenses against its rule in Hong Kong, which was rocked by months of massive pro-democracy protests last year.

The law has been greeted by protests from within Hong Kong and from the international community, with observers stating that the law would effectively end the democratic nature of the territory.

Trump severs ties with Hong Kong: US economy in danger

The American Chamber of Commerce in Hong Kong said on Saturday it was “a sad day” for the global financial centre, hours after US President Donald Trump moved toward stripping the city of its special treatment in a bid to punish China.

Mr Trump told reporters at the White House that China’s move on Hong Kong was a tragedy for the world, but he gave no timetable for the moves, leaving Hong Kong residents, businesses and officials to ponder just how far his administration will go. “This is an emotional moment for Americans in Hong Kong and it will take companies and families a while to digest the ramifications,” AmCham President Tara Joseph said in a statement.

“Many of us… have deep ties to this city and with Hong Kong people. We love Hong Kong and it’s a sad day,” she said, adding the chamber would continue to work with its members to maintain Hong Kong’s status as a vital business centre.

More than 1,300 US firms have offices in Hong Kong and provide about 100,000 jobs. In the past decade, the US trade surplus with Hong Kong has been the biggest among all its trading partners, totalling US$297 billion from 2009 to 2018.

In a move that could have long-reaching consequences, Trump issued an order to ban graduate students from US universities who are connected to China’s military.

“For years, the government of China has conducted illicit espionage to steal our industrial secrets, of which there are many,” Trump said.

The CCP has long used American universities to conduct espionage on the U.S. What’s worse is that their efforts exploit gaps in current law. It’s time for that to end. https://t.co/57NBpsEkPf

Hawkish Republicans have been clamoring to kick out Chinese students enrolled in sensitive fields. The FBI in February said it was investigating 1,000 cases of Chinese economic espionage and technological theft.

But any move to deter students is unwelcome for US universities, which rely increasingly on tuition from foreigners and have already been hit hard by the COVID-19 shutdown.

China has been the top source of foreign students to the United States for the past decade with nearly 370,000 Chinese at US universities, although Trump’s order will not directly affect undergraduates.

Ban on students: are there deeper reasons?

Interestingly, Christopher Rim, CEO of Command Education, a consultancy firm in the US, had written as early as October 2018 in the prestigious Forbes Magazine that Stephen Miller, Senior Policy Advisor to President Trump, is putting up a plan to get Chinese students out of elite US liberal institutions to weaken the liberal credential and prowess of these institutions.

Miller, who is considered far right, thinks – according to Rim – that most criticism of Trump and Republican party comes from these top institutions that cater to large immigrant students. Miller himself studied at Duke university – a prestigious top school at East Coast. Almost 30% of foreign students in top US universities are from China.

Forbes piece had reported that the damage that this ban would do to the U.S. higher education system was presented to Donald Trump not as a risk, but as a legitimate reason to pursue it further. Hurting elite U.S. colleges was the goal, in order to punish institutions seen as critical of the Trump administration.

Now less than two years later, the Chinese students studying and researching at U.S. colleges and universities have become one of the targets of recent escalating trade frictions between the U.S. and China. Trump’s ban on Chinese student visas brings to the surface just how sour relations have turned between the two countries – but it now also shows that Trump administration and those around Trump had been thinking of these plans for past several months.

Realpolitik the reason behind these extreme decisions: Trump critics

Critics say Trump has been eager to fan outrage about China to deflect attention from his own handling of the pandemic that has killed more than 100,000 people in the United States, the highest death toll of any country. This had lead him to use other outlets to divert attention from domestic issues, thus Trump severed ties with Hong Kong and banned Chinese students.

Chuck Schumer, the top Democrat in the Senate, called Trump’s announcement “just pathetic.” In a tweet, he said that Trump “will be remembered as the president who lost Hong Kong.”

As the protests in Hong Kong escalated last year:

President Trump stood with President Xi and said he would look the other way on China's abuses.

Now President Trump will be remembered as the president who lost Hong Kong.

Eliot Engel, a Democrat who heads the House Foreign Affairs Committee, noted that Trump treaded lightly on Hong Kong during last year’s protests as he sought a trade deal with Xi.

“Now, the president wants to shift the blame for his failures onto China, so he’s doing the right thing for the wrong reason,” Engel said.

“Sanctions are not always unilateral and our country (China) has said that we will roll out countermeasures,” Hong Kong’s security chief John Lee said Saturday.

The Hong Kong government – which has a long history of working ties with US counterparts, distinct from Beijing – has yet to respond, although it warned on Thursday the move could be a double-edged sword.

Ties with WHO also severed by Trump

The conference was also notable because of President Trump’s announcement that the US would be ending its ties with, and massive funding to, the WHO. This comes amid a record number of cases of the novel coronavirus in the United States, which has around a third of the world’s active cases, making it the largest infected country.

“Because they have failed to make the requested and greatly needed reforms, we will be today terminating our relationship with the World Health Organization,” Trump told reporters.

The Republican leader said the US would be redirecting WHO funds “to other worldwide and deserving urgent global public health needs.”

“The world needs answers from China on the virus. We must have transparency,” Trump said.

Beijing has furiously denied US allegations that it played down or even covered up the threat from the virus after it was detected in the Chinese city of Wuhan in December, insisting it has been forthcoming. However, Trump still cut ties with WHO, signalling his unwillingness to listen to the Chinese perspective.

China, US clash at UN

The United States and Britain earlier in the day urged China to reconsider the Hong Kong law during talks at the UN Security Council, where China wields a veto — making any formal session, let alone action against Beijing, impossible.

They said China was violating an international commitment as the 1984 handover agreement with Britain, in which Beijing promised to maintain the financial hub’s separate system until at least 2047, was registered with the United Nations.

“The United States is resolute, and calls upon all UN members states to join us in demanding that the PRC immediately reverse course and honor its international legal commitments to this institution and to the Hong Kong people,” said US Ambassador Kelly Craft, referring to the People’s Republic of China.

China demanded that the US and Britain “immediately stop interfering in Hong Kong affairs,” saying the law did not fall under the Security Council’s mandate.

“Any attempt to use Hong Kong to interfere in China’s internal matters is doomed to fail,” warned a statement from China’s UN mission.

“There was no consensus, no formal discussion in the Security Council, and the US and the UK’s move came to nothing,” it said.

The future of PTI’s government in AJK

Trump at China’s request says will honor ‘One China’ policy