Speculation about the virus origin continues as US President Donald Trump threatened to impose new tariffs on China as repatriation for the losses caused by coronavirus. In another chain of events, India has extended the lockdown for two more weeks where the country has been credited with keeping virus cases low at the cost of hardship for millions. What possible outcome can we expect out of these harsh global developments? 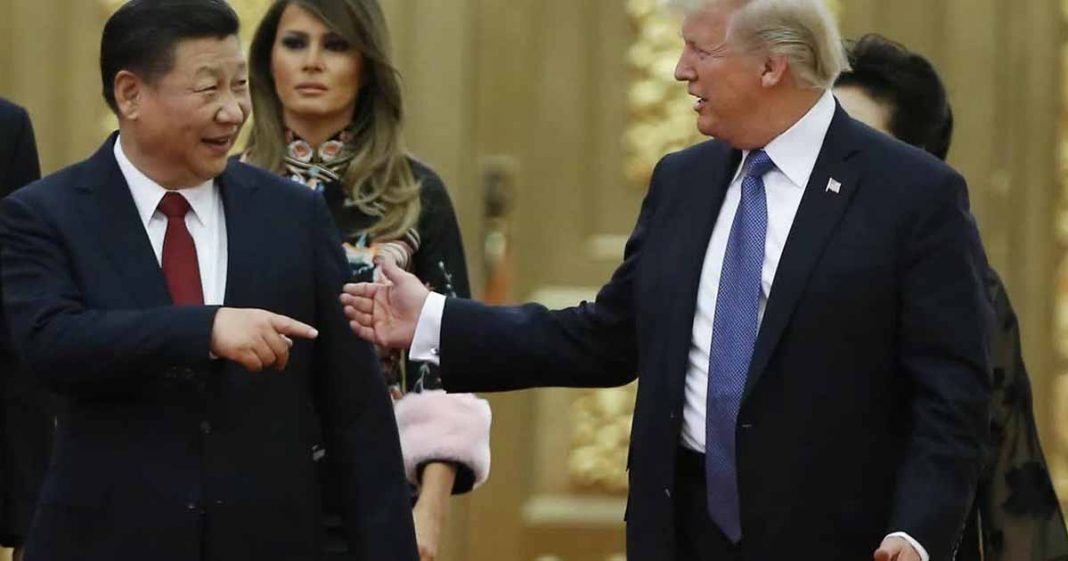 US President Donald Trump’s new threat of tariffs against China over the coronavirus sent a shudder through global markets on Friday, as India warned the world’s biggest lockdown would continue for two more weeks.

European countries and some parts of the United States have begun to ease the social and economic restrictions that have shut in half the world, joining those Asian countries that feel they have already turned a corner.

But giant India, where stringent restrictions on 1.3 billion people have been credited with keeping virus cases low at the cost of hardship for millions, said it would renew the lockdown in many regions for two more weeks.

The home ministry said there would be “considerable relaxations” in some areas but that at-risk zones will have intensified contact tracing, house-to-house surveillance and no movement except for medical emergencies and essential goods and services.

In New York, Wall Street opened sharply down after Trump alleged on Thursday that the virus might have come from a Chinese lab and raised the prospect of more US trade tariffs.

The markets have also been following the global economic impact of the epidemic, and tech giants Apple and Amazon became the latest firms to announce worrying results as corporations around the world shed staff and slash profit forecasts.

The economic mood darkened further with the release of a manufacturing survey that pointed to a historic decline in US output in April. The Institute for Supply Management’s (ISM) index is now at its lowest level since 2009, in the wake of the global financial crisis.

Trump’s unproven claim — which followed stern Chinese denials — appeared at odds with statements by his intelligence chief and top diplomat Mike Pompeo, who said: “We don’t know precisely where it began.”

The WHO said earlier Friday that it wanted to be invited to take part in Chinese investigations into the animal origins of the pandemic, which in a matter of months has killed more than 230,000 people worldwide.https://t.co/yNMJ8JkxXS— The Philippine Star (@PhilippineStar) May 2, 2020

His taunt will nevertheless stir tensions even as the World Health Organization (WHO) asked to be allowed to take part in a Chinese investigation into the “animal origins” of the pandemic.

In more positive signs, South Africa and Austria were allowing some businesses to reopen from Friday, and hard-hit Spain’s latest daily death toll confirmed that the pandemic there was slowing.

“The road ahead will be long and hard, and we will make mistakes,” warned South Africa’s President Cyril Ramaphosa.

But despite his caution, compatriots like Johannesburg construction company owner and jogger Sean Lawrenson woke up at the crack of dawn for his first run in weeks.

“Gosh I forgot how beautiful it was, how much I missed it. It felt great,” Lawrenson said, wearing a protective black face mask and beanie.

For the 50-year old cyclist Paul Kapelus, “the most important thing is that my wife is happy that I’m out of the house”.

Read more: Once upon a Virus: Chinese state media makes fun of US

While death rates are slowing in most of Europe, the global toll from the pandemic has now topped 233,000, according to an AFP tally of official sources.

More than 3.2 million infections have been recorded globally, likely a gross underestimate with many countries only testing the most serious cases.

But speculative theories have swirled about a top-secret lab in the central Chinese city.

Asked if he had seen anything to make him think the Wuhan Institute of Virology was the source of the outbreak, Trump replied: “Yes, I have.”

.@realDonaldTrump says he has seen intelligence that gives him a high degree of confidence that the coronavirus originated from the Wuhan Institute of Virology – though he would not go into detail “I can’t say”— John Roberts (@johnrobertsFox) April 30, 2020

But he refused to give details and Secretary of State Pompeo indicated he had not seen definitive evidence.

In Geneva, a WHO spokesman said several investigations into the source of the virus were going on, adding that the global agency was “not currently involved in the studies in China”.

“WHO would be keen to work with international partners and, at the invitation of the Chinese government, to participate in investigation around the animal origins,” Tarik Jasarevic told AFP. Beijing has denied the lab was the source of the virus.

Read more: WHO endorses theory of ‘natural origin’ of coronavirus; Is Trump wrong?

Last month, foreign ministry spokesman Zhao Lijian said WHO officials “have repeatedly stated that there is no single evidence that the new coronavirus was produced in a laboratory”.

When asked on Thursday about reports that he could cancel US debt obligations to China, Trump said he could “do it differently” by “just putting on tariffs”.

The pandemic has disrupted economies worldwide and kept billions of people indoors, but now that numbers are steadying countries are starting to chart a course out of restrictive lockdowns.

British Health Minister Matt Hancock announced that India warned the world’s biggest lockdown would continue for two more weeks UK has hit its target of conducting 100,000 coronavirus tests a day, a step towards eventually lifting lockdown rules in the country that this week overtook Spain to record the world’s third-highest death toll.

Germany has accelerated plans to lift its lockdown, preparing to ease curbs on public life and reopen churches, museums and zoos — having restarted shopping last week.

Germany will review its decision to lift lockdown in a week, as France and Italy reveal theirs will be lifted faster in areas with fewer cases and Spain sets time slots when children and OAPs can go outside https://t.co/Z4e1xSbryX via @MailOnline

Neighbouring Austria followed suit Friday with people allowed to go out again freely and gather as long as the group does not exceed 10 people — or 30 for funerals.

And in Belgium, doctors and recovering patients said that many of those who had survived the virus and emerged from a coma were still too weak to leave hospital.

“What is painful is to have to recover reflexes and actions that are completely natural,” said 74-year-old Pierre Fonteyne, as he gingerly returned to “walking, basically, walking, reading, writing”.

And there were signs that the epidemic may just be getting under way in areas beyond Europe and North America that have so far been spared the worst.

Twenty-three staff at a hospital in Qatar were injured when tents being used to boost capacity in response to coronavirus collapsed in a fierce storm, local media reported.

Read more: COVID-19: Question of survivability of 1.4 billion Indians with no exit strategy

And in northern Nigeria’s Kano state, cases have almost tripled in a few days.

Nasiru Sani Gwarzo, head of a presidential COVID-19 taskforce, told AFP the region appeared to be “at the threshold of the community transmission stage”.