Intervention in Syria doesn't seem like a good idea anymore to Turkey as it has further escalated the crises. Turkey, following in Russian steps thought a full-blown attack might solve things but failed to take into account several other important factors. 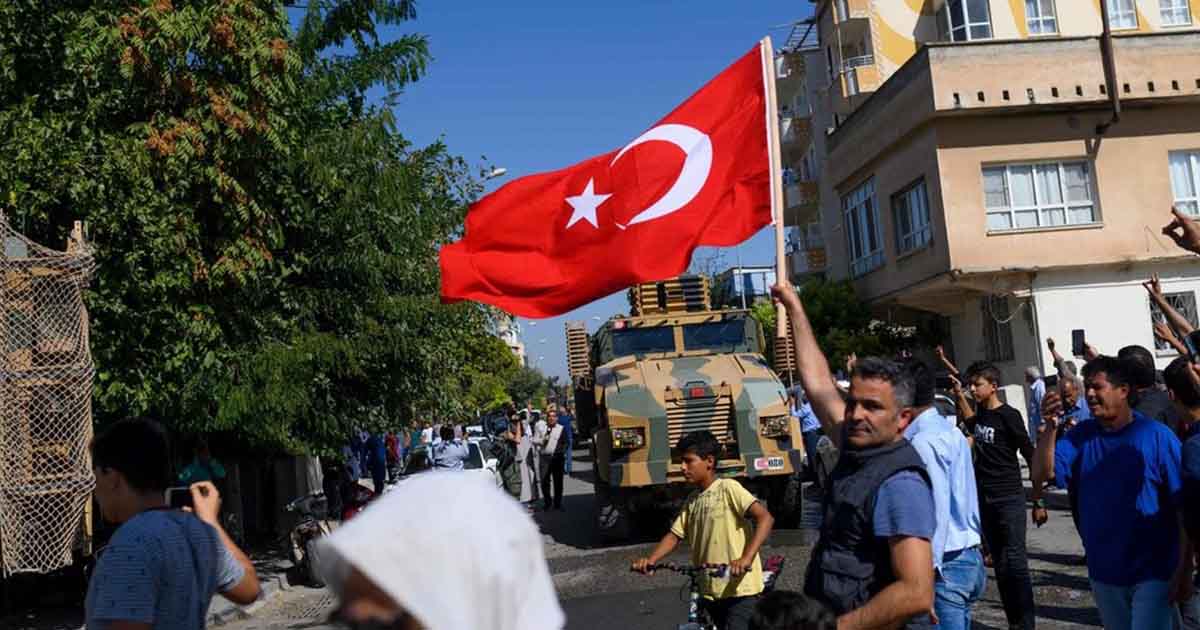 Turkey, like much of the Middle East, is discovering that what goes around comes around. Not only because President Recep Tayyip Erdogan appears to have miscalculated the fallout of what may prove to be a foolhardy intervention in Syria and neglected alternative options that could have strengthened Turkey’s position without sparking the ire of much of the international community.

But also because what could prove to be a strategic error is rooted in a policy of decades of denial of Kurdish identity and suppression of Kurdish cultural and political rights that was more likely than not to fuel conflict rather than encourage societal cohesion.

The policy midwifed the birth in the 1970s to militant groups like the Kurdish Workers Party (PKK), which only dropped its demand for Kurdish independence in recent years.

The group that has waged a low intensity insurgency that has cost tens of thousands of lives has been declared a terrorist organization by Turkey, the United States and the European Union.

Turkish refusal to acknowledge the rights of the Kurds, who are believed to account for up to 20 percent of the country’s population traces its roots to the carving of modern Turkey out of the ruins of the Ottoman empire by its visionary founder, Mustafa Kemal, widely known as Ataturk, Father of the Turks.

The Turkish-Iraqi Kurdish understanding enabled Turkey to allow an armed Iraqi Kurdish force to transit Turkish territory in 2014 to help prevent the Islamic State from conquering the Syrian city of Kobani.

It is entrenched in Mr. Kemal’s declaration in a speech in 1923 to celebrate Turkish independence of “how happy is the one who calls himself a Turk,” an effort to forge a national identity for country that was an ethnic mosaic.

The phrase was incorporated half a century later in Turkey’s student oath and ultimately removed from it in 2013 at a time of peace talks between Turkey and the PKK by then prime minister, now president Erdogan.

It took the influx of hundreds of thousands of Iraqi Kurds in the late 1980s and early 1990s as well as the 1991 declaration by the United States, Britain and France of a no-fly zone in northern Iraq that enabled the emergence of an autonomous Iraqi Kurdish region to spark debate in Turkey about the Kurdish question and prompt the government to refer to Kurds as Kurds rather than mountain Turks.

Ironically, Turkey’s enduring refusal to acknowledge Kurdish rights and its long neglect of development of the pre-dominantly Kurdish southeast of the country fuelled demands for greater rights rather than majority support for Kurdish secession largely despite the emergence of the PKK

Most Turkish Kurds, who could rise to the highest offices in the land s long as they identified as Turks rather than Kurds, resembled Palestinians with Israeli citizenship, whose options were more limited even if they endorsed the notion of a Jewish state.

Nonetheless, both minorities favoured an independent state for their brethren on the other side of the border but did not want to surrender the opportunities that either Turkey or Israel offered them.

Read more: In new twist, Trump suggests US could mediate between Turks and Kurds

The existence for close to three decades of a Kurdish regional government in northern Iraq and a 2017 referendum in which an overwhelming majority voted for Iraqi Kurdish independence, bitterly rejected and ultimately nullified by Iraqi, Turkish and Iranian opposition, did little to fundamentally change Turkish Kurdish attitudes.

If the referendum briefly soured Turkish-Iraqi Kurdish relations, it failed to undermine the basic understanding underlying a relationship that could have guided Turkey’s approach towards the Kurds in Syria even if dealing with Iraqi Kurds may have been easier because, unlike Turkish Kurds, they had not engaged in political violence against Turkey.

The notion that there was no alternative to the Turkish intervention in Syria is further countered by the fact that Turkish PKK negotiations that started in 2012 led a year later to a ceasefire and a boosting of efforts to secure a peaceful resolution.

The talks prompted imprisoned PKK leader Abdullah Ocalan to publish a letter endorsing the ceasefire, the disarmament and withdrawal from Turkey of PKK fighters, and a call for an end to the insurgency. Mr. Ocalan predicted that 2013 would be the year in which the Turkish Kurdish issues would be resolved peacefully.

The PKK’s military leader, Cemil Bayik, told the BBC three years later that “we don’t want to separate from Turkey and set up a state. We want to live within the borders of Turkey on our own land freely.”

The talks broke down in 2015 against the backdrop of the Syrian war and the rise as a US ally of the United States in the fight against the Islamic State of the PKK’s Syrian affiliate, the People’s Protection Units (YPG).

Russian leader Vladimir Putin pointed the way with his 2008 intervention in Georgia and the annexation in 2014 of Crimea as well as Russia’s stirring of pro-Russian insurgencies in two regions of Ukraine.

Bitterly opposed to the US-YPG alliance, Turkey demanded that the PKK halt its resumption of attacks on Turkish targets and disarm prior to further negotiations.

Turkey responded to the breakdown and resumption of violence with a brutal crackdown in the southeast of the country and on the pro-Kurdish Peoples’ Democratic Party (HDP).

Nonetheless, in a statement issued from prison earlier this year that envisioned an understanding between Turkey and Syrian Kurdish forces believed to be aligned with the PKK, Mr. Ocalan declared that “we believe, with regard to the Syrian Democratic Forces (SDF), the problems in Syria should be resolved within the framework of the unity of Syria, based on constitutional guarantees and local democratic perspectives. In this regard, it should be sensitive to Turkey’s concerns.”

Turkey’s emergence as one of Iraqi Kurdistan’s foremost investors and trading partners in exchange for Iraqi Kurdish acquiescence in Turkish countering the PKK’s presence in the region could have provided inspiration for a US-sponsored safe zone in northern Syria that Washington and Ankara had contemplated.

The Turkish-Iraqi Kurdish understanding enabled Turkey to allow an armed Iraqi Kurdish force to transit Turkish territory in 2014 to help prevent the Islamic State from conquering the Syrian city of Kobani.

A safe zone would have helped “realign the relationship between Turkey’s Kurdistan Workers Party (PKK) and its Syrian offshoot… The safe-zone arrangements… envision(ed) drawing down the YPG presence along the border—a good starting point for reining in the PKK, improving U.S. ties with Ankara, and avoiding a potentially destructive Turkish intervention in Syria,” Turkey scholar Sonar Cagaptay suggested in August.

The opportunity that could have created the beginnings of a sustainable solution that would have benefitted Turkey, as well as the Kurds, fell by the wayside with Mr. Trump’s decision to withdraw US troops from northern Syria.

Read more: Qatar backs Turkey’s Military Operation in Syria despite Opposition from US

In many ways, Mr. Erdogan’s decision to opt for a military solution fits the mold of a critical mass of world leaders who look at the world through a civilizational prism and often view national borders in relative terms.

Russian leader Vladimir Putin pointed the way with his 2008 intervention in Georgia and the annexation in 2014 of Crimea as well as Russia’s stirring of pro-Russian insurgencies in two regions of Ukraine.

Mr. Erdogan appears to believe that if Mr. Putin can pull it off, so can he.

Rise of Judiciary in Pakistan: No more Lions under the throne