Turkey ready to be part of CPEC, Recep Erdogan agreed

While addressing at the Pakistan-Turkey Business and Investment Forum in Islamabad, the Turkish President Recep Tayyip Erdogan wished to be part of CPEC projects in Pakistan, adding that '' Turkish businessmen should be explained in a better way about CPEC.'' 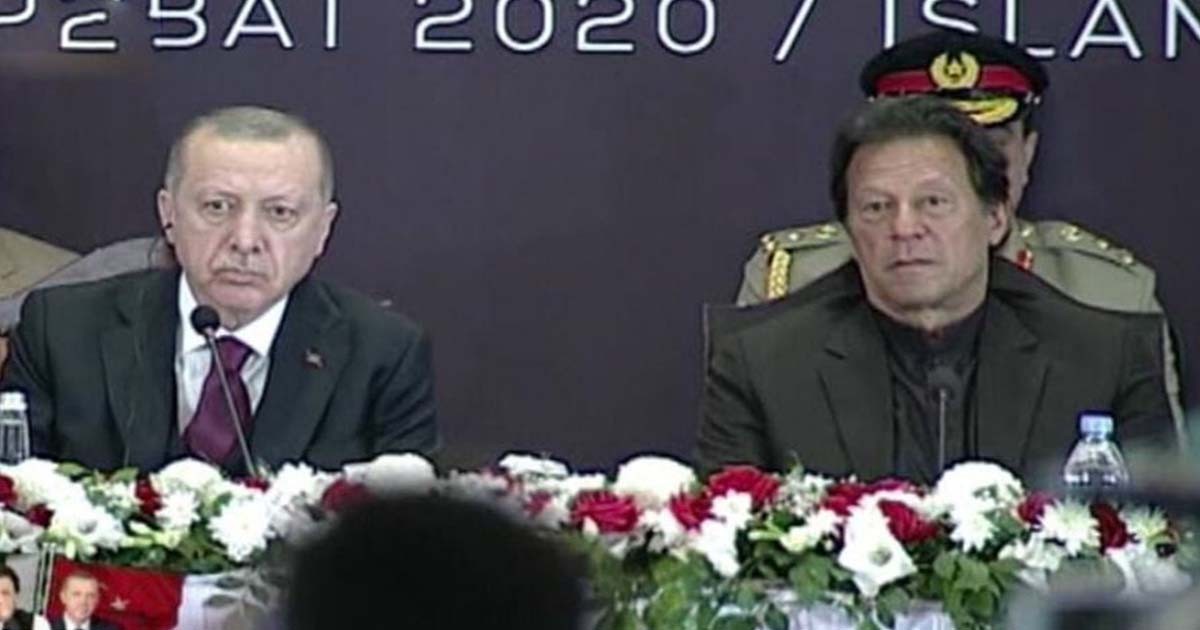 While speaking at the Pakistan-Turkey Business and Investment Forum in Islamabad, Turkish President Recep Tayyip Erdogan said that trade volume between Pakistan and Turkey should reach up to worth $5 billion.

”Thank you Pakistan for being a wonderful host”, he lauded Pakistan’s hospitality. Moreover, while recounting his engagements, Mr.Erdogan said that yesterday he met President Arif Alvi and today he addressed the joint session of parliament in Pakistan and now he had addressed the Pakistan-Turkey Business and Investment Forum.

Speaking about the available opportunities for the businessmen of both countries, Erdogan said” I wish that we will open new avenues for a business that will boost up business and economic ties between Pakistan and Turkey equally.”

Furthermore, speaking about the mutual trade, he maintained to say that currently Pakistan and Turkey have trade volume worth $800 million, which is insignificant for the 300 million mutual population of both countries.

Speaking about the public debt policy, he said that Turkey was facing 72 percent of public debt, however, currently, it has only 30 percent public debt.

Speaking about the public debt policy, he said that Turkey was facing 72 percent of public debt, however, currently, it has only 30 percent public debt

He maintained to say that there are 158 companies being operated in Turkey with Pakistani capital and Turkey is offering more benefits and facilitating these investors in the country.

In addition to it, he said that Turkey was a struggling economy, but it moved to become the top 20 economies in the world with better economic, and business policies. Meanwhile, better trade and business relations are necessarily important for Pakistan and Turkey.

He also praised opposition saying that the opposition benches were also thumbing benches alongside treasury benches while speech,” he said, adding that the current government is doing all possible efforts to ameliorate the country’s economy. In order to achieve this, we need the support of the business community in Pakistan, he added.

“Pakistan can learn a lot from Turkey’s tourism industry. Pakistan has untapped potential in terms of tourism but we lack the necessary infrastructure,” he said.

Pakistan Railways: Not being operated the way it should be – Chief Justice