'I am because we are' a concept in old African tribes which focuses on sharing the rewards nature has bestowed upon us. In the digital age, new codes of sharing and governance have to be evolved otherwise the human chain will disrupt with famine on one side and feasting on the other. 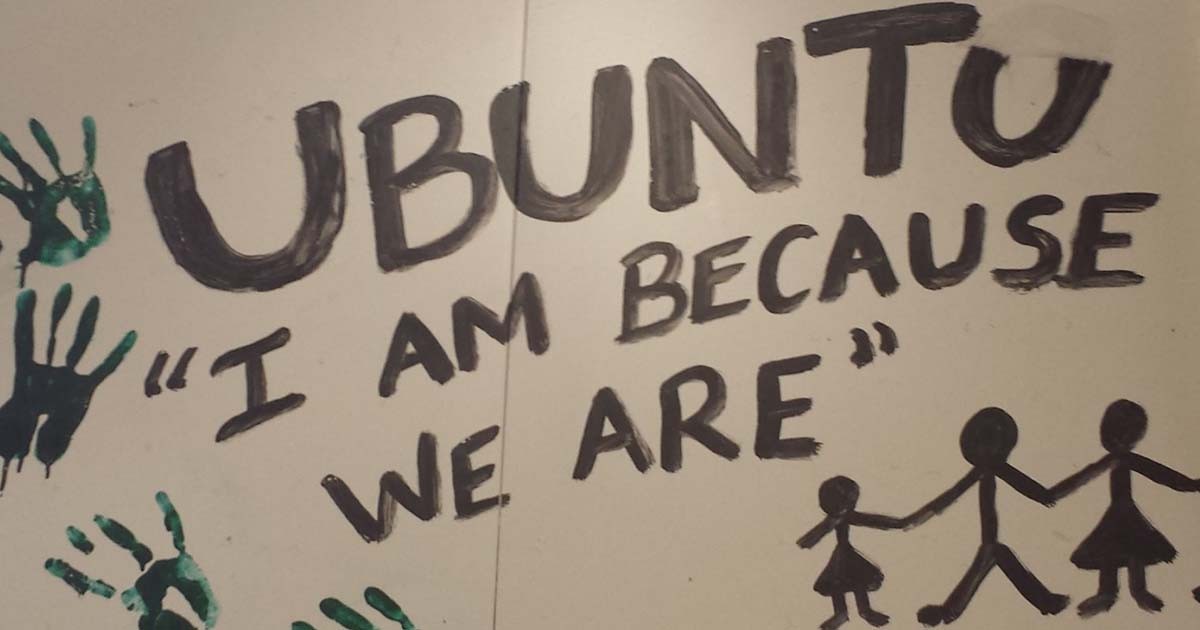 ‘Ubuntu’ is a tribal African concept of sharing the bounties of life to contain sadness. “I am because we are.” Humans are interlinked. If rivers are polluted the entire country suffers if the contamination reaches the oceans the world suffers. Today global warming threatens the universe. Fast melting glaciers are raising the sea levels posing a serious threat to islands and port communities.

In the digital age, new codes of sharing and governance have to be evolved otherwise the human chain will disrupt with famine on one side and feasting on the other. In a relatively prosperous world, it is indeed pathetic that a majority of the population continues to be sad. There is deprivation, gloom and doom all around. The common good has become uncommon.

In the 18th century a new democracy emerged under a constitution based on human liberties. United States of America (USA) emerged as a leading nation of the world after the Second World War.

The ancient African tribes understood the importance of sharing while the liberated and educated 21st-century humans have gone against it. Today the elite are being subsidized by the downtrodden. In the information age influence and control of resources have fallen into a few hands. It is now fast turning into a disinformation age.

I and we go together otherwise sadness spreads and engulf the arena. Only a few happy people are not enough to brighten up the world. There has to be enough light around to overcome the prevailing darkness. Light at the end of the dark tunnel is not enough as it is not leading the world in the right direction.

For centuries tribal people lived together, then civilization challenged their norms and way of life, city-states and countries emerged on the world map. America a new continent was discovered that welcomed immigrants from Europe while importing slaves from Africa. The local Indians and their tribes were overrun. In the 18th century, a new democracy emerged under a constitution based on human liberties. United States of America (USA) emerged as a leading nation of the world after the Second World War. An era of prosperity was ushered in. In search of knowledge and greener pastures, people from all over the world came to settle in the land of opportunity.

With rapid advancement of technology in the middle of the last century, the world started to change. First, it was a technological divide followed by a digital break. Distribution of wealth got skewed. The gap started to widen. For some wealth, generation became easier but for a vast majority, it became very difficult. The fruits of civilization were soon lost Human greed took control of mankind.

Replacing sadness with hope; humans learn from their history to chart their course. UBUNTU came from the ancient African tribes. Its message is relevant even today; ‘I’ is meaningless without ‘we’.

With deregulation, privatization and globalization human greed has no boundaries. There is no one in the corridors of power to stand up for the rights of the poor and the less privileged segments of the society. Even the once-powerful labor unions have been tamed by the rich and powerful. While ‘I’ is all over ‘We’ have been left behind to fend for itself. Even democracy and rule of law is seriously strained to protect and strengthen status-quo. Change is almost impossible to drive; the world in the firm grip of status-quo.

Evolutionary channels of change have been blocked by vested interests. As far as revolutions go, the 21st century remains barren while the 20th experienced three major upheavals (1914, 1949, 1979). The situation in the Islamic Republic of Pakistan is even more precarious as most institutions have become non-functional. It is free for all, paving the way for the powerful “I s” while blocking the path for the weak ‘We’s.

It seems humanity has gone full circle from tribes to civilized societies where social responsibility was once taken seriously. There were generations of builders who built schools, colleges, hospitals, roads, infrastructure, etc. for service to humanity. Now the consumers have taken over together with consumerism.

Priorities have changed, everyone for himself being a self-centered island. Now with options of alternate energy and internet, no human interaction is needed on a day to day basis. Every house has become self-sufficient; one can live and work from the place of residence. Even education is available online through virtual colleges.

It is back to individuals now, will it remain like this forcing life to come to an end or there will be re-grouping of another kind. ‘I’ will have to take some form of ‘We’ for humanity to survive and prosper. In the meantime let us bridge the gaps.

Replacing sadness with hope; humans learn from their history to chart their course. UBUNTU came from the ancient African tribes. Its message is relevant even today; ‘I’ is meaningless without ‘we’. It should be a wakeup call for humanity before it is too late to recover.

Why is Qadri boycotting 2018 elections – Ideology or ground reality?

End of globalization: Beginning of ‘made in Pakistan’

Writing on the wall for corrupt elite of Pakistan?