UK-EU trade talk arise from the ashes of Brexit

A resolute European Union sought Friday to turn the page on Brexit and move on to negotiating a looser, less favourable trading relationship with its departing British partner. Trade negotiations are always complex but the EU-UK trade talks will be even more complicated given the fact that simultaneous negotiations will be taking place with both the US and EU. 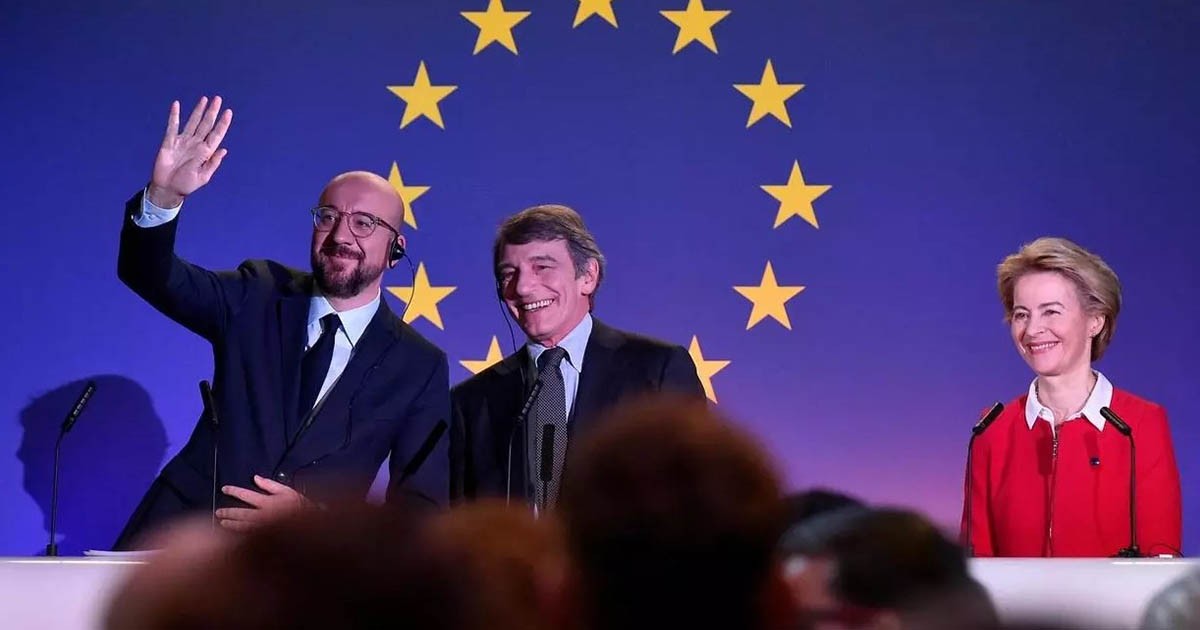 Difficult negotiations are in the face of UK and EU as the United Kingdom tries to go its own way while trying to preserve links with its biggest trading partner. The talks will cover everything from tariffs and product standards to British industry’s ability to recruit foreign workers and vice-versa.

Chief EU negotiator Michel Barnier will present his draft negotiating directives to the media on Monday as Brussels prepares to take a tough stance on defending its single market.

Trade negotiations are always complex but the EU-UK trade talks will be even more complicated given the fact that UK will be simultaneously taking part in negotiations with both the US and EU.

“We want to have the best possible relationship with the United Kingdom, but it will never be as good as membership,” European Commission president Ursula von der Leyen said. “Our union has gained political impetus and has become a global economic powerhouse,” she said.

Later, as the British flag came down outside the European parliament buildings in Brussels and Strasbourg, France’s President Emmanuel Macron warned that Brexit was an “historic warning sign for Europe.”

And, of ties with Britain, he added: “It won’t be the same as the relationship we have had for several decades. You cannot be both in and out.”

For her part, Germany’s Chancellor Angela Merkel said: “The more Britain moves away from the conditions of the single market, the more our future relationship will have to change.”

British Prime Minister Boris Johnson’s government has made it clear that Brexit means it will be free to diverge from EU laws on goods standards, working practices and the environment.

But European Union leaders warn that the more Britain moves away from EU regulations, the less access it will have to the bloc’s huge market of around 447 million consumers.

Nevertheless, while the messy divorce is a blow to EU prestige, the remaining 27 members remain by far the bigger commercial power.

‘Law of the jungle’

Johnson’s negotiators may hope to exploit divisions between the remaining 27 member states to push Brussels into a favourable deal, but EU leaders insist unity will be their strength.

Tonight we leave the EU. As that page turns, though, we still have choices to make about the kind of values we live by as a country – in or out of the EU. To me it is as important as it has ever been for a commitment to social justice to be at the core of those values.

But all three, having met the day before at a country retreat to ensure the EU institutions were singing from the same hymn sheet, were clear that Britain can not have its cake and eat it.

“On Monday, we will open a new page in our history,” said von der Leyen, the former German defence minister. “The Commission will present its position for the negotiations.

“We want the best partnership possible with the United Kingdom but it’s clear that there will always be a difference. Being a member of the European Union counts. There is strength in a union.”

In Brussels, Sassoli, an Italian socialist, warned that there are “forces trying to weaken the European Union” and said Brexit should be an occasion to strengthen the bloc’s core values.

“We are the largest economy in the world,” the leader of the European Parliament declared, warning of “those who want to divide us because they’re afraid of a rule-governed world.”

Independence Day is yet to come

Drink and be merry, but lets keep our eye on the prize.

We currently have no voice or veto are paying handsomely to simply talk trade to an institution we have left with a WA/PD drawn up by the opposition.

Johnson is also expected to announce his government’s negotiating agenda next week, perhaps — like Barnier — as early as Monday.

But if a new trade deal is to be agreed it will have to be done in record time — the post-Brexit “standstill” period when the rules remain the same will expire in 11 months.

After that, on January 1 next year, Britain could be out of Europe and trading on WTO rules, facing tariff and regulatory barriers between its firms and its nearest neighbours.

Some EU capitals are aware of that threat. Irish Prime Minister Leo Varadkar warned Friday that a failure to reach deal by the deadline would pose an “existential threat” to his economy.

But Europe will not let just anything go to secure a deal. France, Denmark and the Netherlands — among others — will drive a hard bargain on access to Britain’s fishing waters.

Germany is concerned for its motor industry, Spain is watching the situation in Gibraltar closely and many share Dublin’s concern over border controls between Ireland and Northern Ireland.

Britain wants, Gove said, a free trade deal like Canada has with the EU — one that took eight-and-a-half years to negotiate. It may have to settle for a “bare bones” arrangement on goods tariffs.

Investigations against Musharraf continues, while no inquiry into Kiyani’s drug/pharma scandal