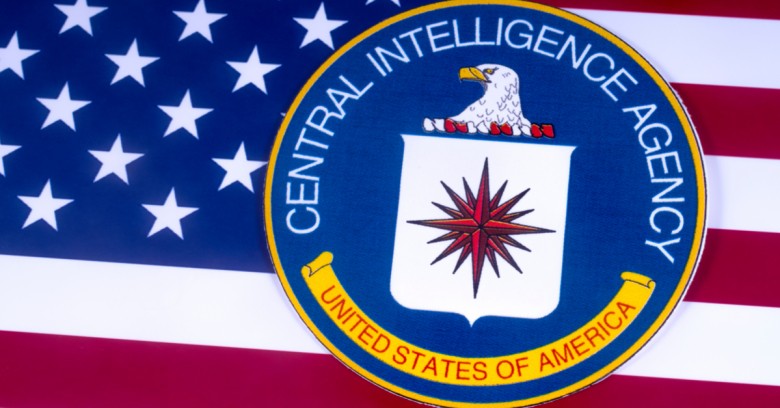 Yesterday, President Trump, yielding to the overwhelming power of the Pentagon, CIA, and NSA, announced that he has decided to keep U.S. troops in Syria indefinitely, thereby abandoning his intention announced last March to instead bring U.S. troops in Syria home. Of course, keeping the troops in Syria has been the position that the U.S. national security establishment has been demanding of Trump since the beginning of his presidency, especially since that increases the risk of confrontation with Russia, the decades-old enemy, and rival of the U.S. national-security establishment.

What business does the U.S. government have in Syria? None. Just as it has no business in countries like Iraq, Afghanistan, Libya, Vietnam, Korea, Nicaragua, Grenada, Panama, and countless others. But that is what life is like under a governmental structure in which the military-intelligence establishment is in control. It calls the shots. Everyone else — the president, the Congress, the judiciary, and the American people — are expected to yield to its overwhelming power within the federal governmental structure and within American society.

It’s worth recalling that the American people in the late 1700s were ardently opposed to large, permanent military establishments. That’s why the Constitution instead called into existence a type of government known as a limited-government republic, one whose powers are few and limited.

That all came to a screeching halt after World War II, when Americans began living under a totally different type of governmental structure, one that is known as a national-security state. It is characterized by a massive, permanent, ever-growing military establishment, CIA, NSA, and a national police force known as the FBI, all of whose powers together are vast and unlimited, including the power of the government to assassinate its own people.

A book I highly recommend is National Security and Double Government by Michael J. Glennon, professor of law at Tufts University. Glennon gets it, and he sets it forth perfectly in his book. The national-security establishment — or what many today are calling the deep state — is in charge of the federal government. As long as the other three branches understand that it’s calling the shots, it permits the other three branches to maintain the appearance of being in control. But as Glennon shows so well, it’s all just a façade. It’s the Pentagon, the CIA, and the NSA who are ultimately calling the shots, like with respect to Syria.

In fact, the South Korean people are also discovering this phenomenon in their country. In their attempt to arrive at a peaceful and satisfactory resolution of the civil war that has besieged Korea since 1950, South Korea’s President Moon Jae-in and North Korea’s president Kim Jong-un has been negotiating. In the process, they have agreed to work together to run a train between the two countries. The tracks were laid long ago and train stations along the way were built long ago. Now, it’s just a logistical problem of getting the train running between the two nations.

The problem, however, is that it would not be better for the U.S. national-security establishment, which necessarily depends on perpetual crises to sustain its ever-growing, taxpayer-funded largess, including those crises that it itself incites.

But it’s not going to happen. Why not? For the same reason that Trump isn’t going to pull U.S. troops out of Syria. Because the Pentagon said no to South Korea, just as it said no to Trump. Here is how yesterday’s New York Times reported the matter: “Last month, American military commanders in Seoul stopped South Korea’s plan to send a train across the inter-Korean border and run it on a North Korean railway, to test the rails’ condition.”

What? Who’s in charge of the country — the South Korean government or the U.S. military? The answer is obvious: The U.S. military is in charge, just as it is here in the United States. Like President Trump, South Korean President Kim yielded to the orders and commands of his superiors in the U.S. national-security establishment. That’s why that train between South and North Korea isn’t running.

Look at the extent to which the U.S. national-security establishment has extended its tentacles throughout the federal bureaucracy. A general, not a civilian, is Secretary of Defense. A CIA Director is made Secretary of State. A general is White House chief of staff. An FBI director is appointed Special Counsel to target Trump with removal for befriending Russia. CIA assets in Congress, the mainstream press, and who knows where else. A large number of military and CIA veterans running for Congress. A vast number of cities and states fearfully dependent on military bases and projects.

President Eisenhower warned the American people of the danger of converting the federal government to a national-security state, which he called the military-industrial complex. He said that this new, radically different governmental structure posed a grave threat to the freedoms and democratic processes of the American people. But he did nothing about it except issue a warning.

The only president to ever take on the national-security establishment has been John F. Kennedy. He took them on directly, firmly, and unequivocally. Kennedy threw the gauntlet down on their militarist, imperialist, anti-communist, anti-Russia vision for the future of America. The result was an all-out war between Kennedy and the Pentagon and the CIA, a war that did not end up well for either Kennedy or the American people. (See FFF’s book JFK’s War with the National Security Establishment: Why Kennedy Was Assassinated by Douglas Horne and also my current video-podcast series on the JFK assassination.)

Read more: The truth about torture: CIA chief can’t lead without facing her…

While there are some who thought that Trump was going to walk in the footsteps of President Kennedy and stand up to the national-security establishment, including bringing the troops home from the forever wars in which the Pentagon and the CIA have embroiled our nation, alas, it is not to be, as reflected by Trump’s buckling under to the national-security establishment with respect to Syria and even moving in an anti-Russia direction with his imposition of economic sanctions on Russia.

Responding to the Pentagon’s decision to prevent South Korea from running its train into North Korea, North Korea’s main state-run newspaper summed it up best. Pointing out that the United States was obstructing better relations between North and South Korea, the paper correctly described it a “dim and twisted” attitude. The paper continued: “The U.S. must realize that the more the inter-Korean relations improve, the better it will be for the U.S.” The problem, however, is that it would not be better for the U.S. national-security establishment, which necessarily depends on perpetual crises to sustain its ever-growing, taxpayer-funded largess, including those crises that it itself incites.

Figuring out the Kennedy assassination part 2