Trump reportedly tells Taliban official ‘you are a tough people’ in the historic phone call. The first telephonic conversation was made a day after the Taliban ended the partial truce amidst fresh violence in the war-torn country. 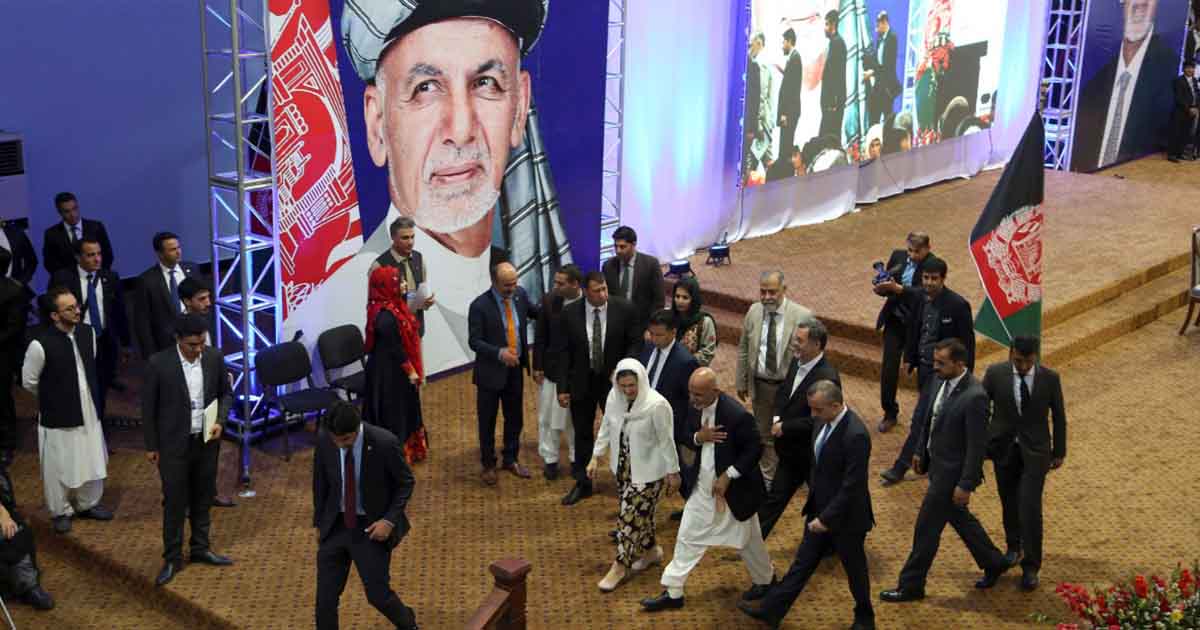 US President Donald Trump made the surprise announcement Tuesday that he’d had a “very good” talk with the Taliban political chief on the Afghan peace process, despite an eruption of violence marring a brief calm in the country.

The insurgents were the first to give news of the highly unusual phone call between Trump and former Taliban fighter Mullah Baradar, which the insurgents said lasted 35 minutes.

Trump confirmed the call later to reporters in Washington. But asked if he had held previous, undisclosed talks with Baradar, Trump replied: “I don’t want to say.” “We had a very good conversation with the leader of the Taliban today,” Trump said in Washington.

“The relationship is very good that I have with the mullah. We had a good long conversation today and you know, they want to cease the violence, they’d like to cease violence also.”

How can this be Trump said he had "a very good call" with the Taliban leader, can it mean he is an incompetent orange lump who has no idea what is going on?

However, the call held at around 1440 GMT Tuesday came just a day after the militants ended a partial truce meant to be the first step in a wider peace deal under a US-Taliban agreement signed Saturday.

The unrest raised questions over the future of talks between the insurgents and the US-backed Afghan government in Kabul that are set to begin March 10.

Trump has touted the peace agreement as a way to end the bloody, nearly two decades US military presence in Afghanistan — right in time for his November reelection bid.

Under the terms of the deal, US and other foreign forces will quit Afghanistan within 14 months, subject to Taliban security guarantees and a pledge by the insurgents to hold talks with the national government in Kabul.

The agreement also includes a commitment to exchange 5,000 Taliban prisoners held by the Afghan government in return for 1,000 captives — something the militants have cited as a prerequisite for talks but which President Ashraf Ghani has refused to do before negotiations start.

Baradar called on Trump to “not allow anyone to take actions that violate the terms of the agreement thus embroiling you even further in this prolonged war”, according to the Taliban transcript.

He said the Kabul government may be “reluctant” to pursue the peace deal, saying “they’ve done very well with the United States for many years — far beyond military if you look at all the money that we spent in Afghanistan.”

Following Saturday’s deal signing, the Taliban have been publicly claiming “victory” over the US and on Monday they announced an end to the partial truce, resuming their attacks on Afghan national forces.

Since Monday, the Taliban conducted 33 attacks in 16 of Afghanistan’s 34 provinces, interior ministry spokesman Nasrat Rahimi said. “As a result, six civilians were killed and 14 wounded. Eight enemy were also killed, 15 wounded,” he said on Twitter.

Two soldiers were killed in one of the attacks in southern Kandahar province, a government statement said. An attack in Logar province near Kabul killed five security forces, the provincial governor’s spokesman Didar Lawang told AFP.

#Breaking
The President of the United States Trump @realDonaldTrump held a phone conversation with the Political Deputy of the Islamic Emirate, the respected Mullah Baradar Akhund. Details later. pic.twitter.com/p1iJpempNz

The halt to the limited truce, which began on February 22, ended what was a welcome reprieve for ordinary Afghans who have born the brunt of the deadly violence.

Kabul-based analyst Ahmad Saeedi told AFP the uptick in attacks reflected the insurgents’ belief that “they have to keep the battlefield hot to be able to win on the negotiating table, as they did with the Americans.”

Ghani’s government last week sent a delegation to Qatar to open “initial contacts” with the insurgents, but Taliban spokesman Suhail Shaheen on Tuesday said the militants would not meet Kabul’s representatives except to discuss the release of their captives.

Apparent differences between the Doha agreement and a separate joint US-Afghan declaration made in Afghanistan underline the obstacles facing negotiators.

The US-Taliban deal committed to the release of prisoners while the Kabul document only required both sides to determine “the feasibility of releasing” captives.

In a statement, the UN’s Afghanistan mission called for “continued reduced violence to maintain & enhance an environment conducive to the start of intra-Afghan negotiations”.

“After the US-Taliban deal, it is illogical to fight. It is time for peace,” said Naqibullah, a 40-year-old government employee in Kabul, who uses only one name.