US envoy blames IS for shocking Afghanistan attack

US special envoy to Afghanistan Zalmay Khalilzad has blamed the Islamic State group for the dual attacks that bled the Afghan capital. Khalilzad wrote on Twitter that IS is against the Peace deal reached between the Taliban & the Islamic Republic of Afghanistan, hence they are trying to encourage sectarian war as in Iraq and Syria. 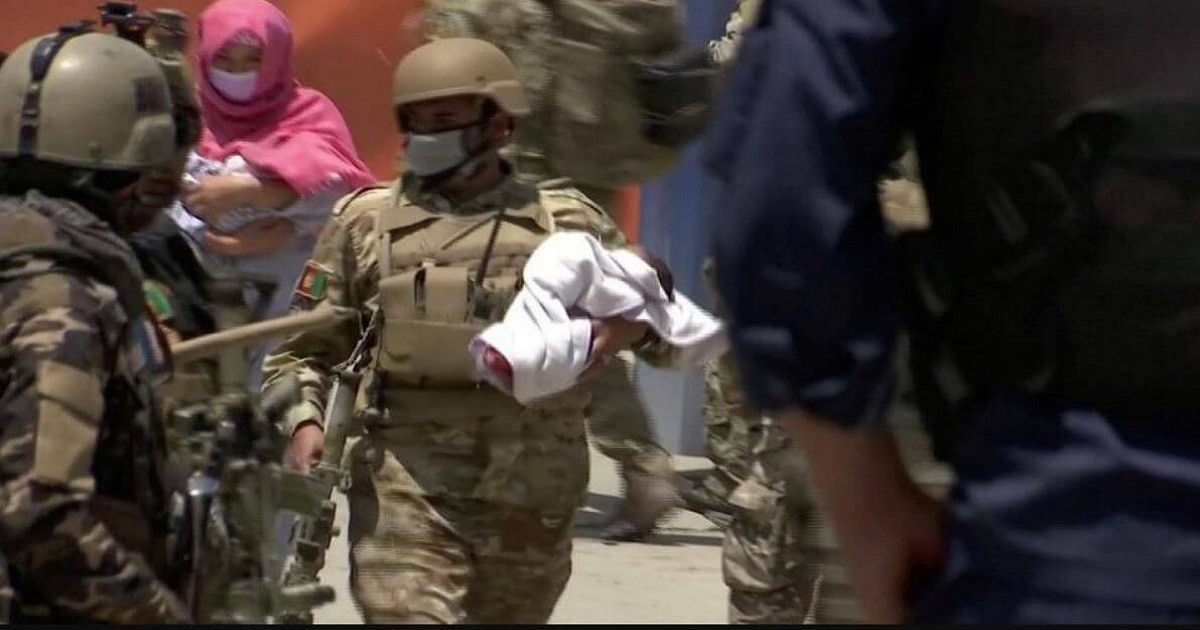 The Islamic State group “opposes a peace agreement between the Islamic Republic of Afghanistan and the Taliban, and seeks to encourage sectarian war as in Iraq and Syria,” Khalilzad wrote on Twitter.

“Rather than falling into the ISIS trap and delay peace or create obstacles, Afghans must come together to crush this menace and pursue a historic peace opportunity,” he wrote.

“No more excuses. Afghans, and the world, deserve better.”

Rather than falling into the ISIS trap and delay peace or create obstacles, Afghans must come together to crush this menace and pursue a historic peace opportunity. No more excuses. Afghans, and the world, deserve better.— U.S. Special Representative Zalmay Khalilzad (@US4AfghanPeace) May 14, 2020

The Islamic State group claimed responsibility for the funeral bombing, which killed 32 mourners.

But no group has taken credit for the assault on the maternity hospital where at least 24 people including newborns, mothers, and nurses were killed.

The government, hoping to pave the way for peace talks with the Taliban, had been observing a unilateral policy of only responding defensively when attacked.

The insurgents on February 29 signed an agreement with the United States, which has begun withdrawing troops as part of President Donald Trump’s hope to end America’s longest-ever war.

The Taliban imposed an austere brand of Islam over much of Afghanistan from 1996 to 2001 and welcomed Al-Qaeda but have increasingly jostled for influence with the Islamic State group.

In making a deal with the United States, the Taliban agreed to oppose foreign extremists and not attack Western troops, although they have kept up violence against Afghan forces.

Afghanistan’s intelligence agency has linked the Islamic State group to the Taliban-linked Haqqani network, which the United States considers a terrorist group.

Two babies and 12 mothers and nurses were killed in a militant attack on a hospital in the Afghan capital Kabul on Tuesday morning.

Another 15 people, including a number of children, were injured in the attack by several gunmen, officials said.

Meanwhile, in the east, a bombing at a funeral killed at least 24 people.

In the wake of the attacks, President Ashraf Ghani said he was ordering the resumption of offensive operations against the Taliban and other groups.

"Rather than falling into the ISIS trap and delay peace or create obstacles, Afghans must come together to crush this menace and pursue a historic peace opportunity," Khalilzad wrote.https://t.co/Aw0Iws3jPL— IndiaToday (@IndiaToday) May 15, 2020

He accused the militants of ignoring repeated calls for a reduction in violence.

The Islamic State (IS) group said it was behind the attack on a police commander’s funeral in Nangarhar, in the east of the country. It is still not clear who carried out the attack on the hospital, and the Taliban have denied any involvement.

A maternity ward in the hospital is run by the international medical charity Médecins sans Frontières (MSF) and some of those working there are foreigners.

US Secretary of State Mike Pompeo called the attack on the hospital “sheer evil” and an “unconscionable assault”. In a statement, he urged the Afghan government and the Taliban to co-operate to “bring the perpetrators to justice”.

The attack began at about 10:00 (05:30 GMT), and locals described hearing two blasts then gunfire. One doctor who fled during the assault told the BBC about 140 people were in the hospital when the gunmen attacked.

Read more: US envoy confesses they are creating a new Afghanistan for Moscow in Syria

Ramazan Ali, a vendor who saw the attack begin, told Reuters news agency: “The attackers were shooting at anyone in this hospital without any reason… It’s a government hospital, and a lot of people bring in their women and children for treatment.”