US eyes Sri Lanka as its military logistics hub 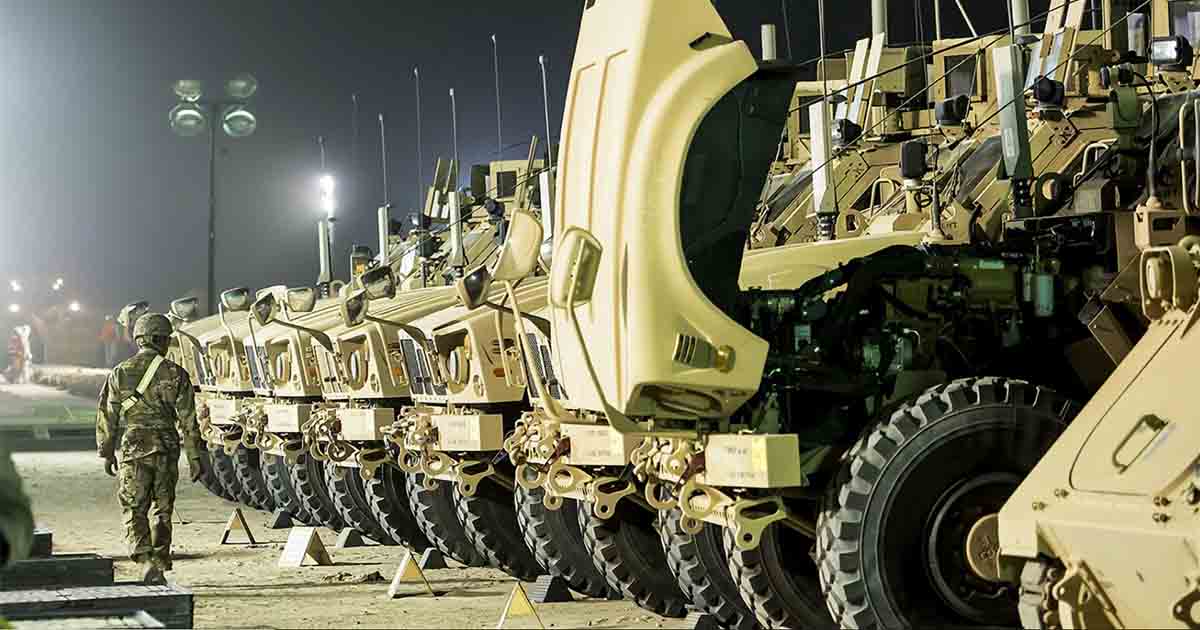 The Easter Sunday terrorist attacks in Sri Lanka on 21st April in which 259 people were killed and over 500 injured were initially attributed to the Islamic State (IS). But no hard evidence is available to substantiate such a reading and it remains an open question as to the perpetrators.

The Sri Lankan President Maithripala Sirisena may have somewhat de-mystified the topic this week. On July 1, Sirisena charged at a public function that drug traffickers are behind the Easter Sunday bomb attacks. The following day he ordered the arrest of former Defense Secretary Hemasiri Fernando and the Inspector General of Police Pujith Jayasundara for their failure to prevent the Easter Sunday attacks despite prior knowledge of the attacks.

The Easter Sunday terrorist attacks in Sri Lanka on 21st April in which 259 people were killed and over 500 injured were initially attributed to the IS.

What lends enchantment to the view is that the United States had brilliantly succeeded in deploying to Sri Lanka the personnel of the Indo-Pacific Command within a couple of days of the Easter Sunday attacks on the pretext of investigating and assisting in Colombo’s upcoming fight against the IS. Historically, Sri Lanka is chary of allowing foreign military presence on its soil, but in this case Washington pressed home the deployment, since the ruling elite in Colombo was on the back foot, incoherent and in disarray in the immediate aftermath of the terrorist attacks.

In political terms, what Sirisena may have done this week is to reverse the ‘internationalisation’ of Sri Lanka’s terrorism problem. Indeed, for tackling a local drug mafia, Sri Lanka doesn’t need the expertise of the US’ Indo-Pacific Command.

This is just as well because in the downstream of the Easter Sunday attacks in April, Washington also began pushing hard for the signing of a Status of Forces Agreement (SOFA) with Sri Lanka, which Pentagon has traditionally demanded as the pre-requisite of establishment of military bases in foreign countries. (The SOFA establishes the rights and privileges of American personnel present in a host country in support of a larger security arrangement.)

Unsurprisingly, the Sri Lankan opinion militated against the SOFA project and suspected its real intentions. A huge uproar followed in the Sri Lankan media. Without doubt, the SOFA became yet another template of the power struggle between the staunchly nationalistic Sirisena and the famously ‘pro-western’ prime minister Ranil Wickremesinghe.

In political terms, what Sirisena may have done this week is to reverse the ‘internationalisation’ of Sri Lanka’s terrorism problem.

The net result is that the project which the US hoped to conclude in absolute secrecy, got derailed once the draft SOFA document under negotiation got somehow leaked to a Colombo newspaper. Interestingly, the US Secretary of State Mike Pompeo, who was scheduled to travel to Colombo following his recent visit to New Delhi was compelled to cancel the visit once it became apparent that the SOFA project has become a hot potato.

Meanwhile, the Empire strikes back. A case has been filed in the US District Court in central California by an American law firm claiming damages on behalf of alleged victims of human rights abuse during the war against separatist LTTE ten years ago. The plaintiffs have targeted Gotabaya Rajapaksa, then wartime defense chief and the younger brother of former president Mahinda Rajapaksa, as well as several government agencies, including military intelligence, the Criminal Investigation Department, the Terrorism Investigation Division, and the Special Intelligence Service, including some serving officials.

Of course, this is a blatant American attempt to put into jeopardy Gotabaya Rajapaksa’s plan to run for president in the upcoming Sri Lankan election in December. Gotabaya was a US citizen at the time of the war against the LTTE. He has dual citizenship and his request renouncing American citizenship is pending with Washington. Now, the catch is, the lawsuits in California could delay his bid to renounce his US citizenship, in which case he would not qualify to run for president under Sri Lankan electoral laws. Washington has tripped Gotabaya.

The US is making sure that the Rajapaksa family will not regain the calculus of power in Colombo following the December poll. Equally, the trial in California can expose former President Mahinda Rajapaksa as well — and even entangle Sirisena who had a direct role as acting defence minister in the final stages of the war. Clearly, Washington is interfering in the December election in Sri Lanka in a calibrated manner with a view to strengthen the prospects of a pro-American candidate such as Wickremesinghe or the Finance Minister Mangala Samaraweera who can be trusted to put the signature on the SOFA.

Unsurprisingly, the Sri Lankan opinion militated against the SOFA project and suspected its real intentions. A huge uproar followed in the Sri Lankan media.

The US is determined to push ahead with the signing of the SOFA leading to the establishment of long-term American military presence in Sri Lanka. In August 2018, USS Anchorage, a Seventh Fleet vessel, and a unit of Marines visited the port of Trincomalee. In December 2018, the aircraft carrier USS John C. Stennis visited Trincomalee as part of the Pentagon’s plans to establish a logistic hub there for the US Navy. A Mass Communication Specialist on board USS John C. Stennis in a dispatch to the US Navy official web portal wrote:

“The primary purpose of the operation is to provide mission-critical supplies and services to U.S. Navy ships transiting through and operating in the Indian Ocean. The secondary purpose is to demonstrate the U.S. Navy’s ability to establish a temporary logistic hum ashore where no enduring U.S. Navy logistic footprint exists.”

The US disclaims any intention to set up military bases in Sri Lanka. This is factually true — except that it is sophistry. The US plan to use Sri Lanka as a ‘military logistics hub’ involves supportive measures that facilitate any American military operation in the Asia-Pacific region. Actually, this is well beyond the solitary use of a particular harbour such as Trincomalee as a military base. The point is, the entire island nation is being transformed into a ‘military logistics hub’.

The US is determined to push ahead with the signing of the SOFA leading to the establishment of long-term American military presence in Sri Lanka.

Never before has there been such blatant US interference in Sri Lanka’s internal affairs. Washington tasted blood in the successful regime change project in January 2015 and it never looked back. The interference is so very extensive today that it is destabilising the Sri Lankan situation which is already highly polarised.

This is happening only due to India’s passivity bordering on acquiescence. The containment strategy against China in the Indian Ocean has become a common endeavour for Washington and Delhi. Is it in India’s long term interests that Sri Lanka is being destabilised, even if in the short term the Chinese Navy might be put to some difficulties in the Indian Ocean?