US-Iran tensions: Mike Pompeo clarifies US does not “Seek a War with Iran” 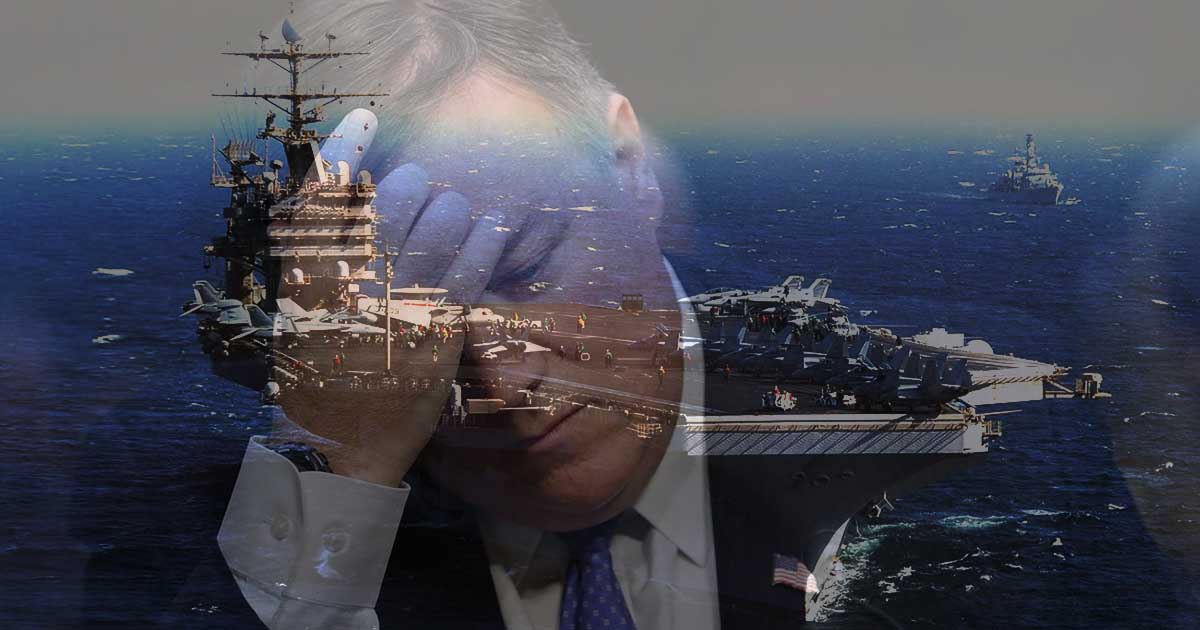 US Secretary of State said on Tuesday that US “fundamentally does not seek a war with Iran” despite deploying its B-52 nuclear bombers to the Persian Gulf over unclear threats emerging from Iran.

During his first official visit to Russia, Mike Pompeo addressed a joint press conference with Russian Foreign Minister Sergei Lavrov in Sochi. Pompeo said, ‘We fundamentally do not seek a war with Iran.” But, Pompeo added, the US has also made it clear to Tehran that if US interests are attacked, Washington will certainly reserve its rights to respond as it deems appropriate.

Pompeo stated, “We are looking for Iran to behave like a normal country, and we have applied pressure to the leadership of the Islamic Republic of Iran to achieve that.”

Brian Hook, US Special Representative for Iran and Senior Policy Adviser to the US Secretary of State, in an interview with CNN, observed that the US decision to deploy military assets in the region is a “defensive move”.

US Secretary of State Mike Pompeo further added; “We’re looking for the regime to simply stop conducting assassination campaigns throughout Europe, to cease their support of Hezbollah that threatens interests all across the Middle East, their support for the Houthis that are launching missiles into areas where there are Russians and Americans traveling. These missiles could easily kill a Russian or an American. We laid them out in some detail. Our position hasn’t changed.”

Responding to a question on the deployment of troops, Pompeo stated, “And the movement of troops that you described I’ll leave to the Department of Defense, but we’ve also made clear to the Iranians that if American interests are attacked, we will most certainly respond in an appropriate fashion.”

Russian Foreign Minister Lavrov noted that Russia and the US have “many differences” on the matter of relationships and sanctions on Iran, who is a close Russian ally in the region. Lavrov stressed that the settlement of the Iranian nuclear issue is important, and stated; “I hope that reason will gain the upper hand and that rumors about the ostensibly planned of 120,000 strong army of the U.S., what we spoke about today, is just a rumor.”

Is US Planning to Attack Iran?

On Wednesday, the US State Department ordered “non-emergency US government employees” to evacuate the US Embassy in Baghdad, in the wake of the unspecified threats, the Trump-led government has perceived from Iran, leading to intensified deployment of US nuclear bombers and ships in the Persian Gulf.

Commenting on the possibility of war, Ayatollah Khamenei stated, “This is not a military confrontation because no war is to happen. We don’t seek a war nor do they. They know a war wouldn’t be beneficial for them.”

This intensified military deployment and rumors of deploying 120,000 more US troops have tensed countries and their leaders across the Middle East and Europe. On Tuesday, Spain called back its frigate, the Mendez Nunez, which conducted military exercises with a strike group of a US aircraft carrier in the Persian Gulf. The Defence Minister of Spain, Margarita Robles, explained that the frigate was called back as the original mission has now changed.

Speaking to the AFP news agency, a spokesperson of the Spanish Defence Ministry stated that the decision was “a temporary withdrawal” and will be maintained “as long as the American aircraft carrier is in this zone”. The spokesperson added, “No possible confrontation or warlike action is envisaged and it is for this reason that the participation is suspended for the moment.”

Earlier, the US military had nullified all reports of threats emerging from Iran, and US President Donald Trump himself rejected media reports of US plans to deploy more than 100,000 troops against Iran. However, on Tuesday, while addressing the press at the White House, Trump once again stirred the rumor mill by stating, “Would I do that? Absolutely.”

President Trump added, “But we have not planned for that. Hopefully, we’re not going to have to plan for that. If we did that, we’d send a hell of a lot more troops than that.”

Why is US Threatened by Iran?

Brian Hook, US Special Representative for Iran and Senior Policy Adviser to the US Secretary of State, in an interview with CNN, observed that the US decision to deploy military assets in the region is a “defensive move”.

Brian Hook observed; “We received a number of credible threat assessments that Iran was plotting attacks against American interests and our partners in the region. So, we repositioned military assets as a prudential move, it’s a defensive move and to also send a signal to the Iranian regime that they do not want to escalate this.”

US Secretary of State, Mike Pompeo, during his visit to Iran, has clarified that US is not planning to attack Iran, however, if Iran continues to threaten US interests, Washington will not hesitate to launch a decisive attack.

He added, “They have been running an expansionist and very violent foreign policy around the Middle East for some time.” He pointed out that Iranian missiles are being used in Israel and Saudi Arabia, which has prompted the US to work towards “restoring deterrence against Iran’s regional aggression”.

Explaining the US strategy towards countering Iran, US Special Representative for Iran noted, “The best way we are going to do that is to make it clear that we will respond with force if Iran runs amok.”

Tweeting from his official Twitter account, Iran’s Supreme Leader Ayatollah Seyed Ali Khamenei observed that Iran does not want, nor does the US. He observed, “Iranian nation’s definite option is resistance against U.S. and in this confrontation, U.S. will have to withdraw.”

Commenting on the possibility of war, Ayatollah Khamenei stated, “This is not a military confrontation because no war is to happen. We don’t seek a war nor do they. They know a war wouldn’t be beneficial for them.”

Pakistan will not Join Any Groups

Foreign Minister Shah Mehmood Qureshi on Tuesday stated that Pakistan will not be a party to the conflicts and camps erupting in the Middle East, and expressed Islamabad’s concerns over the ongoing scuffle between Iran and the US.

Addressing the press after a meeting of the National Assembly Standing Committee on Foreign Affairs, FM Qureshi expressed Pakistan’s apprehensions over the intensified tensions between the United States and Iran. Stressing that such a conflict will have terrible consequences for the regional at large, which includes Pakistan, FM Qureshi made it clear that Pakistan will not be joined any camp in the ongoing tensions erupting in the Gulf.

US Secretary of State, Mike Pompeo, during his visit to Iran, has clarified that US is not planning to attack Iran, however, if Iran continues to threaten US interests, Washington will not hesitate to launch a decisive attack. This is a statement that is repeated by US President Donald Trump, while many officials of the US government accuse Iran of threatening the interests of the US and its allies, primarily Saudi Arabia, in the Middle East.

US sanctions are ‘economic terrorism’: Rouhani

In what conditions Iran Elections are taking place?