US knew about Pakistan making Nuclear Bomb but couldn’t Do Anything: 2018 Report 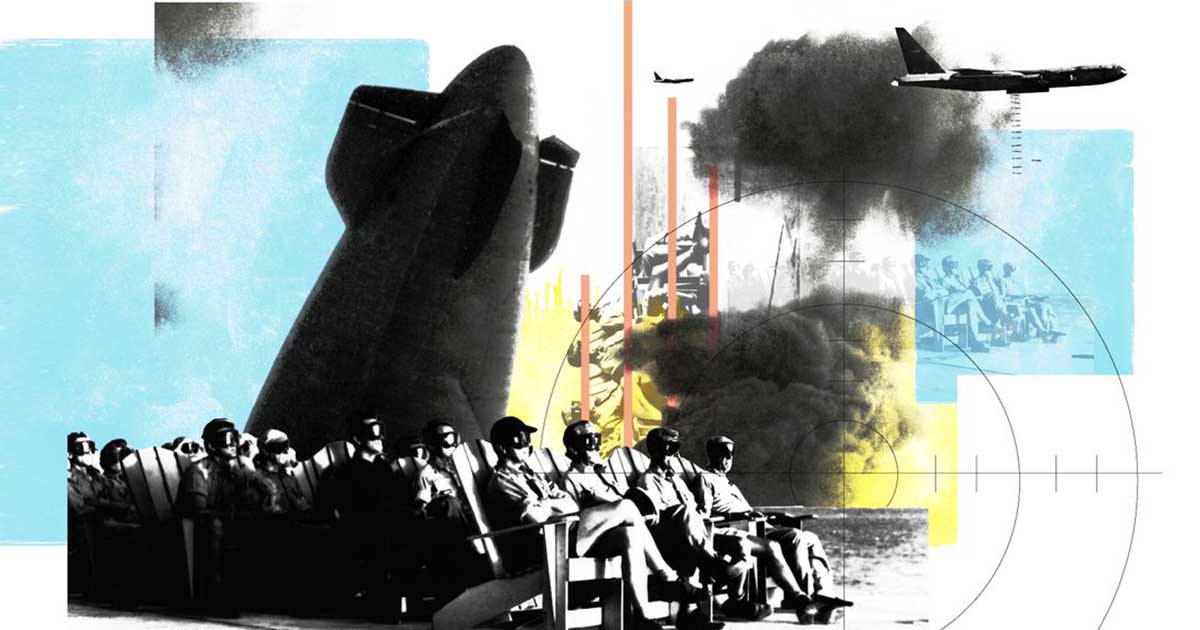 A secret report of the US State Department made astonishing details about the Pakistan nuclear program, dated Aug 20, 1984. The report showed that Washington through its credible intelligence sources had gathered information about Pakistan’s hidden nuclear program.

Despite repeated denial from President Zia-ul-Haq on Pakistan’s nuclear possession, the USA was convinced Pakistan was covertly developing a nuclear weapons capability.

“Despite public and private assurances by President Zia (ul Haq) that Pakistan has neither the intention, means, nor capability to acquire nuclear explosives, we have extensive and convincing intelligence that the Pakistanis are pressing forward to perfect the design of a nuclear weapon, fabricate nuclear weapon components, and acquire the necessary nuclear material for such a device,” the report says.

“Recent progress in Pakistan’s uranium enrichment program may … soon create a situation in which we could not rule out the possibility that Pakistan was taking all of the steps required to assemble a nuclear device, or even to stockpile nuclear weapons.”

The documents asserted that the developments forced the United States to mull strict actions against Pakistan, with the option of planning a pre-emptive strike from India on Pakistan’s nuclear facilities on cards.

The Chines leader had welcomed the USA decision. China was also a helpful neighbor in bargaining a deal with the USA to increase its military and financial aid to Pakistan.

The United States of America even thought of dissolving Pak-US relations but could not take such drastic steps since Pakistan’s assistance was heavily required to resist Soviet forces in Afghanistan.

Moreover, terminating relations with Pakistan could have damaged the USA’s interest in Asia.

Terminating the US-Pakistan security relationship, thereby imperiling the Afghan resistance to Soviet occupation, doing grave and long-term harm to US political and security interests in Southwest Asia and with China, and convincing Pakistan it had nothing further to lose by building nuclear weapons or even conducting a nuclear test.

According to the US Foreign Relations 1977-1980 volume on Afghanistan, China’s Vice Premier Deng Xiaoping convinced the USA to turn a blind eye towards Pakistan’s nuclear program.

He had convinced President Jimmy Carter’s administration on the significance of letting Pakistan built its nuclear capacities, to strengthen it in the face in the Soviet occupation of Afghanistan.

A year after the Soviet invasion of Afghanistan, the then US secretary of defence Harold Brown and Chinese vice-premier Deng Xiaoping decided to ‘set aside’ concerns regarding Pakistan’s nuclear programme to strengthen it ‘against potential Soviet action’, some documents revealed pic.twitter.com/u1Z6ruwnNx— The Cable (@thecablestory) December 22, 2018

The documents asserted that Pakistan’s President General Zia-ul-Haq and China’s Xiaoping cemented the deal with the US in place of Islamabad’s support to America against the Soviet Union. Deng asserted that India initiated a nuclear race in the region forcing Pakistan to start its own nuclear program.

The documents revealed that both China and Pakistan successfully convinced the USA that India under Indira Gandhi will be pro-Soviet and hence Pakistan’s possession of nuclear capabilities is vital for stability in Asia.

“There are limits on our ability to aid Pakistan because of their nuclear explosive program. Although we still object to their doing so, we will now set that aside for the time being, to facilitate strengthening Pakistan against potential Soviet action,” the then US Defence Secretary Harold Brown said in a January 8, 1980 meeting with Deng.

The Chines leader had welcomed the USA decision. China was also a helpful neighbor in bargaining a deal with the USA to increase its military and financial aid to Pakistan. He convinced the USA not to base the proportion of its aid to India and Pakistan based on the population since under this comparison Pakistan would be in an inferior position.

Afraid of Each Other

“The Pakistanis and Indians are afraid of each other. If the population ratio formula should be used, Pakistan will be in an increasingly inferior position. We hope that since the United States decided to give aid to Pakistan, it will really satisfy Pakistan’s requirements. We hope your aid to Pakistan will not be affected too much by India’s reaction,” Deng said.

He also described India as an unreliable factor in the aftermath of the recently concluded the then general election, which saw the sweeping win of Indira Gandhi with 70% votes.

"Other documents show that Deng Xiaoping not only convinced Washington to tolerate Pakistan’s nuclear programme but also persuaded it to start giving more military and financial aid to… https://t.co/JXb3F7SLqs

“Even if Indira Gandhi should follow India’s previous policy; still India is not the most reliable and stabilizing factor in southern Asia,” he argued.

“Let’s not talk about Indira Gandhi. The present government is thinking of recognizing the Heng Samrin Regime. Perhaps after Pakistan has been strengthened, India will become a more stabilizing factor. What one should try to achieve is to make Pakistan a genuine stabilizing factor in South Asia,” he said.

Deng added that the USA will give earnest and sincerest thought to this question. He also attributed India’s reaction to the USA’s reluctance to give aid to Pakistan. Adding that, “Since you now have decided to aid Pakistan, I am sure India will send you one note after another, strongly objecting.”

General Zia-ul-Haq fixed the deal with the USA on his tour just 10 days before Indira Gandhi sworn in as India’s prime minister in 1980.

In October, when Zia visited the US, President Carter offered F-16 fighter jets to Pakistan. Zia asked for six more planes, in addition, to an increase in military aid. “On another issue, I just want to say that Mrs. Gandhi is no friend of Pakistan or the US,” he told Carter.