Acting Assistant Secretary of State for the Bureau of South and Central Asian Affairs Alice Wells on Wednesday appreciated economic reforms made by the PTI government in an official tweet. 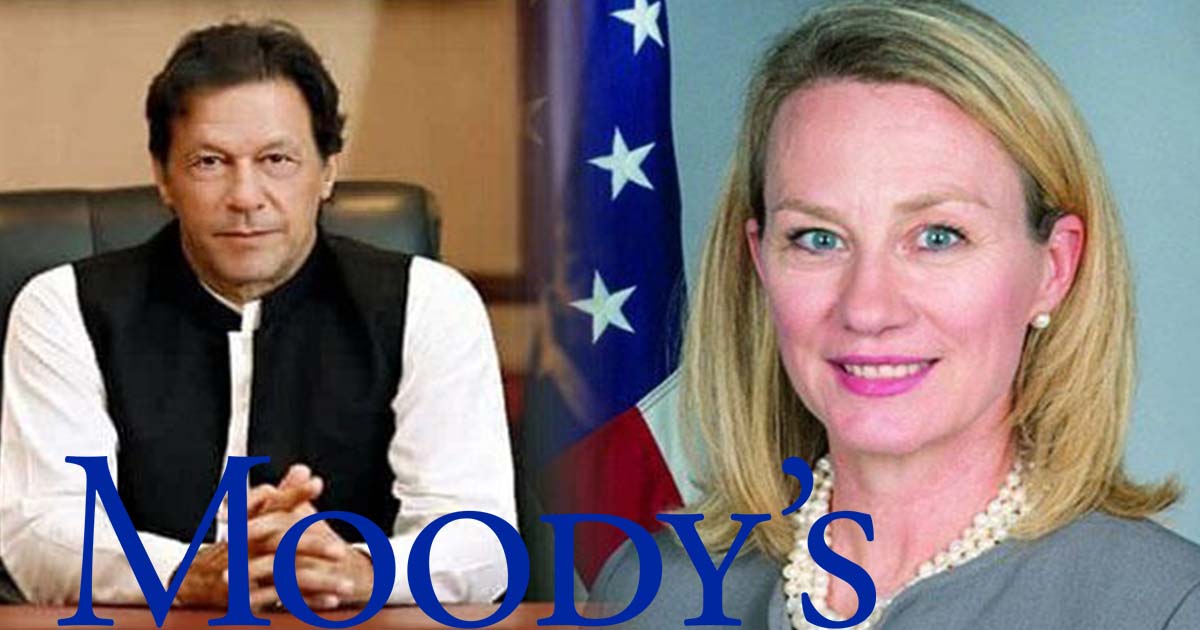 Acting Assistant Secretary of State for the Bureau of South and Central Asian Affairs Alice Wells on Wednesday appreciated economic reforms made by the PTI government in an official tweet.

She lauded the efforts of Pakistan’s Foreign ministry for reform efforts and IMF program and added that with bold economic reforms, Pakistan can boost growth, attract private capital, and expand exports.

Pakistan’s outlook was downgraded to “negative” in June 2018 due to the country’s depreciating foreign reserves, which posed “heightened external vulnerability risk”.

Read more: What Pakistan had to pay to earn Moody’s Up-gradation: Governor SBP

“The change in outlook to stable is driven by Moody’s expectations that the balance of payments dynamics will continue to improve, supported by policy adjustments and currency flexibility. Such developments reduce external vulnerability risks, although foreign exchange reserve buffers remain low and will take time to rebuild,” said Moody’s in a statement on Monday.

The agency also maintained the country’s B3 rating. “Moody’s upgrades Pakistan’s outlook to B3 ‘Stable’ from ‘Negative’. The up-gradation of outlook to Stable is affirmation of Government’s success in stabilising the country’s economy and laying a firm foundation for robust long term growth,” Finance Minister Hafeez Shaikh said in a Twitter post.

Some remained weary as Pakistan made a foreign debt repayment of over $1 billion, shaking up the country’s foreign currency reserves on the day Moody’s rating agency upgraded Islamabad’s credit rating outlook to ‘stable’ from ‘negative’.

However, a State Bank official added “Yes, the reserves may have decreased by over $1 billion at this time, however, one cannot say the reserves have exactly shrunk by that amount as other transactions (foreign inflows and outflows) have to be accounted for before figuring out the actual volume of the reserves”

The trade deficit has been on a declining trend in the ongoing fiscal year mainly due to government’s corrective measures to slow down imports in order to reduce pressures on foreign exchange reserves and slump in overall demand.

Alice Wells encouraging comments for Pakistan come soon after she came under fire by the Pakistan and China for criticizing CPEC.

In a speech, described as “unusually specific” by the international media, the top US diplomat had said that CPEC was not an aid to Pakistan but a form of financing that guarantees profits for Chinese state-owned enterprises, with little benefits for Islamabad. Wells also emphasised the need for Pakistan to know that China was providing loans, not grants, as the US.

During a press briefing on Monday 25th November, Chinese Foreign Ministry spokesman Geng Shuang pointed out that Wells’ claims had swiftly been refuted by the Chinese ambassador to Pakistan as well as top government officials in Islamabad, including the foreign minister.