The Post said it had collected more than 2,000 pages of notes of interviews with top US military officers and diplomats, aid workers, Afghan officials and others who played a direct role in the nearly two-decade-old war. 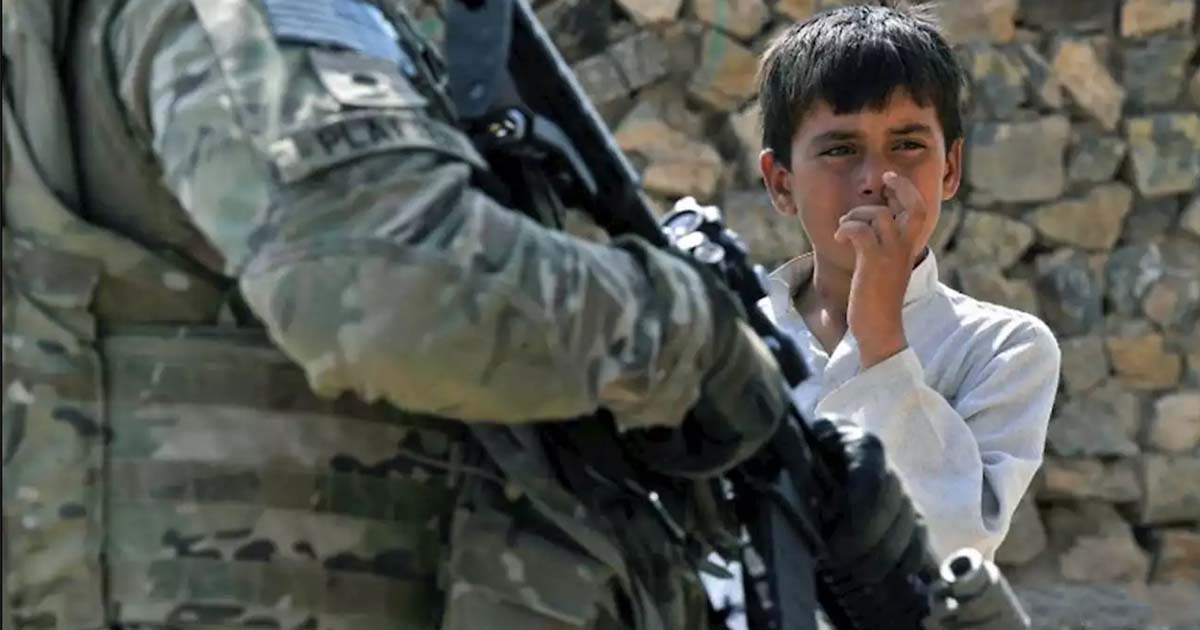 Senior US officials insisted that progress was being made in Afghanistan despite clear evidence the war there had become unwinnable, The Washington Post reported on Monday after obtaining thousands of US government documents on the conflict.

The Post said it had collected more than 2,000 pages of notes of interviews with top US military officers and diplomats, aid workers, Afghan officials and others who played a direct role in the nearly two-decade-old war.

Government documents obtained by @WashingtonPost show senior US officials failed to tell the truth about war in Afghanistan, making rosy pronouncements they knew to be false & hiding unmistakable evidence the war had become unwinnable. https://t.co/hDaKknH1jI

The documents, the newspaper said, “contradict a long chorus of public statements from US presidents, military commanders and diplomats who assured Americans year after year that they were making progress in Afghanistan and the war was worth fighting.”

“The interviews make clear that officials issued rosy pronouncements they knew to be false and hid unmistakable evidence the war had become unwinnable,” the Post said.

The newspaper dubbed the trove of documents “The Afghanistan Papers,” a reference to the Pentagon Papers which detailed the secret history of US involvement in Vietnam and helped turn public opinion against the war.

Some 13,000 US troops remain in Afghanistan nearly 20 years later and the Taliban pose a continued threat to the Afghan government

The documents are part of a “Lessons Learned” project conducted by the Office of the Special Inspector General for Afghanistan Reconstruction (SIGAR), the Post said. They were obtained through Freedom of Information Act requests.

John Sopko, head of the federal agency that conducted the interviews, acknowledged to the newspaper that the documents show “the American people have constantly been lied to.”

Besides the “Lessons Learned” papers, the newspaper also obtained hundreds of memos written by Donald Rumsfeld, who served as defense secretary under President George W. Bush.

The United States invaded Afghanistan following the September 2001 attacks on New York and Washington to eliminate the threat from Al-Qaeda and topple the Taliban. Some 13,000 US troops remain in Afghanistan nearly 20 years later and the Taliban pose a continued threat to the Afghan government.

“We were devoid of a fundamental understanding of Afghanistan — we didn’t know what we were doing,” Douglas Lute, a three-star army general who served as the White House’s Afghan war czar under presidents Bush and Barack Obama, said in a 2015 interview.

“What are we trying to do here?” Lute asked. “We didn’t have the foggiest notion of what we were undertaking.”

WATCH: @chrislhayes discusses a report by the Washington Post that finds US officials systematically misled the public about the war in Afghanistan.https://t.co/bScFKUeJxG

Was it worth $1 trillion?

Jeffrey Eggers, a retired Navy SEAL and White House staffer for Bush and Obama, questioned the cost of the US involvement in Afghanistan. “What did we get for this $1 trillion effort?” Eggers asked. “Was it worth $1 trillion?”

“After the killing of Osama bin Laden, I said that Osama was probably laughing in his watery grave considering how much we have spent on Afghanistan,” he said. Among those interviewed was former army general Michael Flynn, who briefly served as President Donald Trump’s National Security Adviser.

“From the ambassadors down to the low level, (they all say) we are doing a great job,” Flynn said in a 2015 interview. “Really? So if we are doing such a great job, why does it feel like we are losing?”

Senior US officials interviewed said there was no clear US strategy or objective in Afghanistan after rooting out Al-Qaeda and toppling the Taliban. “If there was ever a notion of mission creep it is Afghanistan,” said Richard Boucher, who served as the State Department’s top diplomat for South Asia, in a 2015 interview.

“We have to say good enough is good enough,” Boucher said. “That is why we are there 15 years later. We are trying to achieve the unachievable instead of achieving the achievable.”

A US official who served as a liaison to NATO who was not identified in the documents also had questions about strategy. “What were we actually doing in that country?” the official said. “What are our objectives? Nation-building? Women’s rights?….  It was never fully clear in our own minds what the established goals and timelines were.”

A senior National Security Council official said there was constant pressure from the Obama White House and Pentagon to produce figures to show the US troop surge of 2009 to 2011 was working despite evidence to the contrary.

“It was impossible to create good metrics,” the official said. “We tried using troop numbers trained, violence levels, control of territory and none of it painted an accurate picture. “The metrics were always manipulated for the duration of the war.”

NATO soldier killed as West’s war in Afghanistan drags on