United States vetoed the UN Resolution despite agreeing on its spirit. Washington reacted strongly when China demanded support to WHO as part of the resolution. US accuses WHO to be under Chinese influence and suspects that WHO has not provided the transparency on the origins of virus. Hot exchanges in the UN only point towards the overall tensions between the US and China. 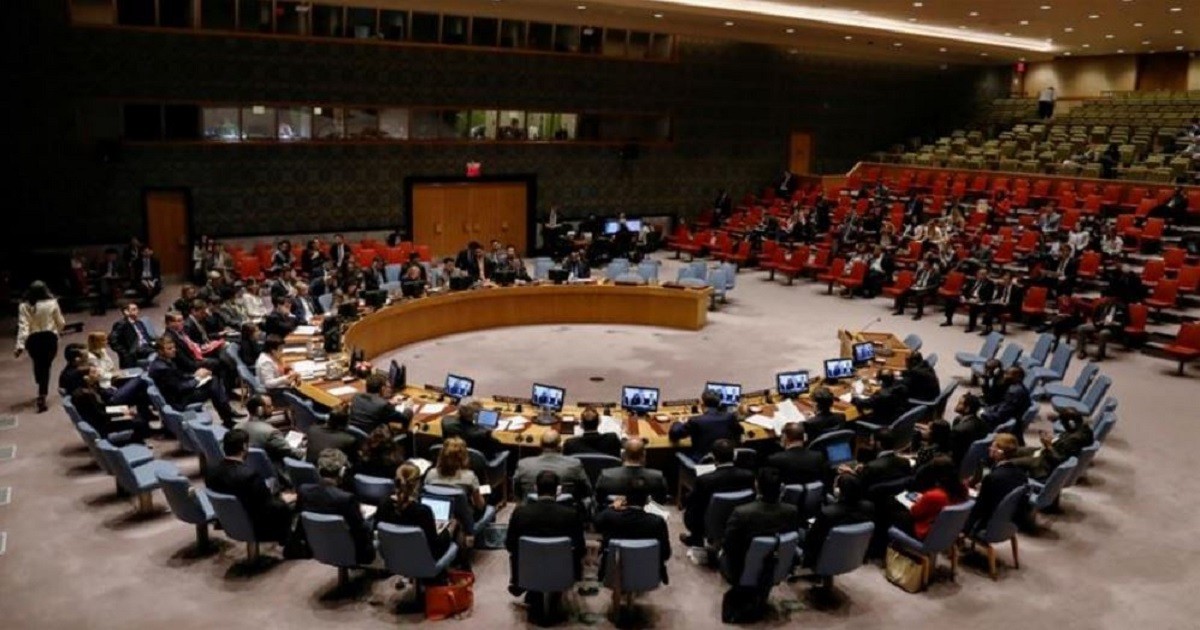 US vetoed UN resolution demanding support for WHO – it was being pushed by China. This dispute between the US and China scuttled the proposed UN resolution calling for a global ceasefire during the COVID-19 pandemic after Beijing insisted on support for the World Health Organization and US (Washington) vetoed it.

While this dispute had emerged around an innocuous sounding resolution to declare a world wide ceasefire – but this clearly points to underlying tensions between the US and China on the role of the World Health Organization (WHO). Washington blames WHO to be working under China’s influence – and that it has failed to provide transparency on the origins of virus from China.

All 15 members of the UN Security Council – including the US – had agreed in principle with Secretary-General Antonio Guterres’s call for a global ceasefire, made on March 23, but have wrangled over the wording of the resolution ever since. Support for WHO demanded by China was the main thorny issue.

China has insisted on including support for the WHO and the agency’s role in dealing with the pandemic, while the US – that finally vetoed the UN Resolution – had demanded the removal of all references to the WHO and inserting language about “transparency” on Covid-19, diplomats who requested anonymity told news agencies.

France and Tunisia drafted what they “believe was compromise language” and sent the resolution to other members on Thursday, only for the US to reject it on Friday afternoon.

Its very likely the ones using #Covid19 virus as a weapon against their perceived enemies are the very ones that released that Virus: War of words over actual war? US BLOCKS UN resolution on global Covid-19 ceasefire over its support for WHO https://t.co/7SZ5ETwZKZ— A. Smith (@360CNN) May 9, 2020

There was a rumor among reporters covering the UN that Secretary of State Mike Pompeo personally intervened to block the global COVID-19 ceasefire resolution.

The draft spoke of “the urgent need to support all countries, as well as all relevant entities of the United Nations system, including specialized health agencies, and other relevant international, regional, and sub-regional organizations, in line with their respective mandates, to enhance coordination and assist in the global fight against” the coronavirus.

It also welcomed “all efforts and measures proposed by the secretary-general concerning the response to the potential impact of the [Covid-19] pandemic to conflict-affected countries, in particular, his appeal for an immediate global ceasefire.”

A spokesperson for the US mission to the UN in New York put out a statement saying that Washington wanted the council to “either proceed with a resolution limited to support for a ceasefire or a broadened resolution that fully addresses the need for renewed member state commitment to transparency and accountability in the context of Covid-19.”

The Trump administration has accused the WHO of kowtowing to China and helping Beijing “misinform” the world about the virus and its outbreak, first registered in the Chinese city of Wuhan back in December.

Pompeo and President Donald Trump have even argued the virus may have been accidentally released from the Wuhan Institute of Virology – something the Chinese government has vehemently denied – without presenting any evidence to back it up.

The US secretary of state, Mike Pompeo, claimed there is “enormous evidence” the coronavirus outbreak originated in a Chinese laboratory – but did not provide any of the alleged evidence.

''US intelligence is still figuring out where coronavirus began,'' Pompeo says. pic.twitter.com/MTQm5cmueE— EHA News (@eha_news) May 6, 2020

Pompeo’s claims, made in an interview with ABC’s This Week, represented an escalation in rhetoric. He had previously said the US was looking into the possibility the virus came from a lab in Wuhan, China.

On Sunday, Pompeo said: “There is enormous evidence that that’s where this began,” later adding: “I can tell you that there is a significant amount of evidence that this came from that laboratory in Wuhan.”

At one point, the secretary of state appeared confused over whether he was claiming the Sars-CoV-2 virus (which causes the Covid-19 disease) was deliberately engineered or escaped as the result of a lab accident.

Read more: US, China accuse each other of coronavirus fear-mongering

“Look, the best experts so far seem to think it was manmade. I have no reason to disbelieve that at this point,” he said.

But when he was reminded that US intelligence had issued a formal statement noting the opposite – that the scientific consensus was that the virus was not manmade or genetically modified – Pompeo replied: “That’s right. I agree with that.”

Pompeo is not a lone voice. There are other influential voices inside the US political system that believe that an open transparent investigation is needed on the origins of corona virus – and they believe China is not cooperating in this investigation. One of them is Senator Tom Cotton from Arkansas.

If the Chinese Communist Party is confident about the origin of this virus then I’m sure they would welcome an investigation into those origins… pic.twitter.com/ZEcKBy0dvH

Trump has also accused China of allowing the virus to spread to the rest of the world and disputes official data showing fewer than 84,000 cases and just under 4,700 deaths in China. Meanwhile, the US has registered almost 1.3 million cases and more than 77,000 deaths. This is also the reason the US blocked the UN resolution calling for global COVID-19 ceasefire. Earlier Russian TV site (RT) had claimed in an investigative story, carried by GVS, that key western intelligence agencies clubbed as Five Eyes (5E) are looking into the origins of the virus from Wuhan.

It remains unknown in which animal species the virus evolved the ability to infect humans, or where the jump happened and how, as the original theory about a Wuhan resident consuming tainted bat meat bought at the city’s “wet market” has also been rejected by Chinese authorities.

Modi visits disputed Ladakh border, but is devoid of allies in this fight