The publication of Afghanistan Papers proves the detrimental denial of the United States in accepting failure in the Afghan War. It provides an opportunity to Donald Trump, unlike his predecessors, to successfully bring the troops home. The exit from Afghanistan might even secure his re-election to office. 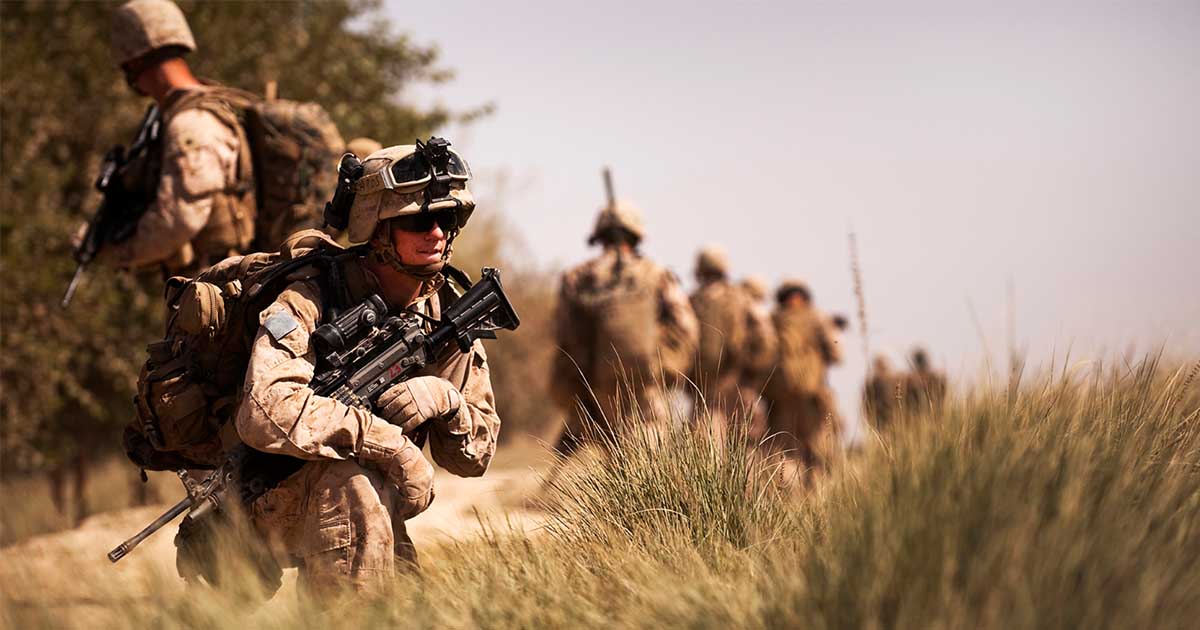 The revelation of Afghanistan Papers, a trove of documents regarding the Afghan war, by Washington Post is another twist in the intricate puzzle and the decade-long unending cycle of violence, predicament, and destruction. The documents that were publicized after a strenuous legal battle over a period of three years have ignited public fury in the United States and initiated a new discussion about the unwinnable Afghan War.

The documents, containing 400 interviews of senior military and government officials, have elucidated that the successive US governments misled the public about the ground situation and gloomy prospect of war in Afghanistan— the war that has cost more than a $1trillion, 2400 American lives, extermination of tens of thousands Afghan civilians and troops and with no certain end to it.

Since the first day of American military invasion in Afghanistan, the US military generals and the top echelon of the Bush administration knew that even disengagement, let alone a clear military victory, from this region would be difficult if not impossible. The war that was initiated as a result of a quick reaction to the terrorist incidents in the United States is taking nearly two decades to reach a conclusion.

The American Generals will have to submit to the fact, like their predecessor Brits and Soviets, that the Afghan geography can’t be conquered

Even the top American military strategists and policymakers misapprehended the strategic culture of Afghans, the uniqueness of its geography, the uneasy history of foreign interventions, the complexity of heterogeneous ethnic composition and the fact that entering Afghanistan is easy but the exit extremely tricky.

Recent years have not only witnessed an alarming decline in American public support to the US engagement in Afghan War, believed to be an unnecessary entanglement in a foreign war, but also a swift rise in suspicions about the ambiguous US objectives in Afghanistan and American war effort against terrorism.

The massive support of the Afghan populace towards a peace process, which will possibly ensure considerable dwindling down of US footprint if not inclusive exit of US troops, suggest that they are weary of the foreign intervention. The skepticism of the Afghan public is substantiated by the rising toll of civilian casualties resulting from the airstrikes.

Read more: The Afghan War turns 18: How Children grew up amid violence

After the death of Osama bin Laden in Abbottabad and the comprehensive obliteration of Al Qaeda networks from Afghanistan and the transition of security to the Afghan National and Defense Forces, it has been a while that such questions have been floating in Afghan politics and regional media with no heed of US officials: Why is US still present in Afghanistan if it can’t defeat Taliban?

What are the common objectives of the US and its host Afghanistan? Why is the US recalcitrant to accept defeat in an unwinnable war? Why lie about perpetual failed strategies and ignore the Afghan civilian casualties? Why are the US military generals so obsessed with military solution to the Afghan quagmire?

Despite the fact that Pentagon has renounced the allegations misleading the congress and American public about the Afghan war, it not only shows the accurateness of revealed documents but also becomes interesting when we link it to the nonsensical tweets of President Trump killing 10 million Afghans to win the war in a week. These Papers authenticate the helplessness and desperateness of Trump and his military generals.

Read more: Trump is finished with the Afghan war

The publication of papers took place in a time when Donald Trump’ special envoy for the Peace process with Taliban, Zalmay Khalilzad, is near more than ever to ink an agreement—probably till Christmas—about the withdrawal of US troops from Afghanistan.

If Khalilzad champions a US-favored peace deal and President Trump succeeds in bringing the US troops home by this Christmas, this extraordinary feat, in which his predecessors clearly failed, will attribute enormous popularity to a president who is battling impeachment. It might even secure a re-election for office for the besieged Donald Trump. What they need is the courage to accept failure and go on. Denial and stubbornness won’t help either United States or Afghanistan it has further complicated the situation.

There is no sense in keeping the public in delusion and factitious hope. The escalation of an unwinnable war has resulted in further destruction of Afghanistan and the loss of American lives. There is no shame in accepting defeat it is rather a trait of brave. Ultimately, The American Generals will have to submit to the fact, like their predecessor Brits and Soviets, that the Afghan geography can’t be conquered.

Samiullah Doorandesh is a student of International Relations at Quaid-i-Azam University, Islamabad. He belongs to Afghanistan and writes about Afghan politics and security, South Asia, Afghan-India relations, Foreign policy and Terrorism. His writings have appeared in Small Wars Journal, Geopolitical Monitor, South Asia Journal, Pakistan Today and Modern Diplomacy. He can be reached at Samiullah.doorandesh@gmail.com
The views expressed in this article are the author’s own and do not necessarily reflect the editorial policy of Global Village Space.
Previous articleHassan Niazi, nephew of PM Khan, apologized after participation in violence at PIC
Next articleChina’s debt trap diplomacy: Is Pakistan a victim in CPEC?

23 July 2021
Previous articleHassan Niazi, nephew of PM Khan, apologized after participation in violence at PIC
Next articleChina’s debt trap diplomacy: Is Pakistan a victim in CPEC?

Vietnam and Afghanistan Wars: Does History Repeat itself or Rhyme?

IS attack on Kabul University kills 22

US promises to consider India in Afghan withdrawal

Another flood of refugees coming toward Pakistan in case of U.S withdrawal from Afghanistan?