Virat Kohli-Anushka Sharma Wedding: The union that every soul desires 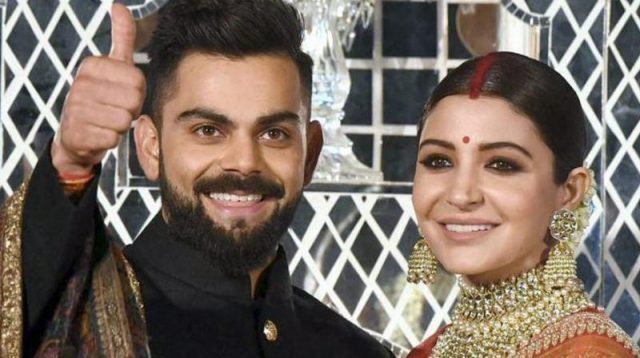 The newlywed couple has planned to throw a big bash reception for friends and family in Mumbai on 26th December 2017. Later on, they will head to South Africa to celebrate New Year’s Eve.

She wore a designer dress from Sabyasachi while the groom was dressed in a colour-coordinated sherwani from the same designer.

The couple in the tweet informed their fans and followers about their official wedding. In the message, they expressed their life-long commitment to each other.

Today we have promised each other to be bound in love forever. We are truly blessed to share the news with you. This beautiful day will be made more special with the love and support of our family of fans & well wishers. Thank you for being such an important part of our journey. pic.twitter.com/Scobdiqk7l

Wishes started to pour in as soon as the pictures of their wedding circulated on social media.

Congratulations @imVkohli @AnushkaSharma on your wedding. May God Bless you two and give you happiness and a rewarding married life.

So wonderful. Many congratulations to both the families. https://t.co/YfXuIyxXd6

Huge congratulations and tons of love to @AnushkaSharma and @imVkohli ….beautiful couple and I wish them and their loved ones the best years ahead ❤️ pic.twitter.com/cI2PCrom38

Congratulations @imVkohli and @AnushkaSharma. Wish you all the happiness on your beautiful journey together. https://t.co/Z4PZsoIK2M

This is how you can get soft and plump lips this winter!

SRK and Anushka grace the ramp for a cause!

Shop One of a Kind Handmade Items