What Does the Success of Meray Pass Tum Ho Say About Us?

As the author dissects the problematic narratives in drama serial Meray Pass Tum Ho, he suggests reviewing the dramas and films being made for our entertainment as their success highlights our own complicity in boosting these types of shows that risk damaging the fabric of our society. 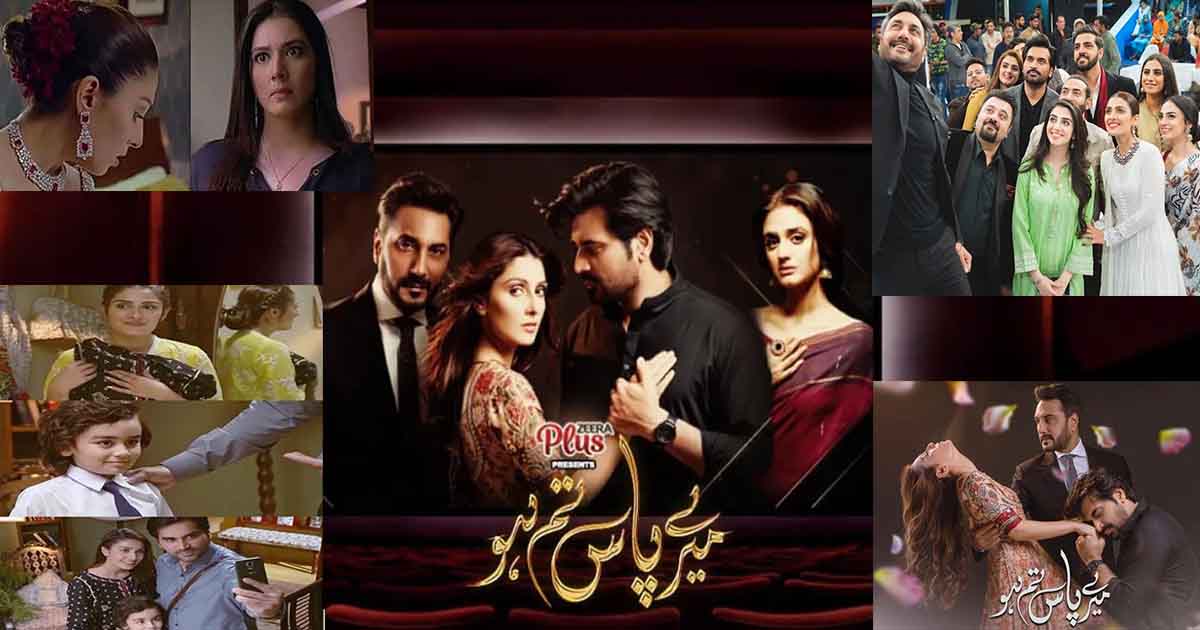 ARY’s Meray Pass Tum Ho has broken records left and right since it first debuted August of last year. The Ayeza Khan-Humayun Saeed drama details the story of a couple torn apart by the wife’s infidelity and is inarguably, one of the biggest TV hits in Pakistan ever. With the first episode alone setting a record for premieres, the show has demonstrably reigned as the most exciting pop culture offering of the past few years. But what makes the show’s appeal so much more fascinating, is just how widespread it is and the reasons why this particular storyline has gripped the nation.

A woman Mahim moved a court in Lahore seeking ban on airing of last episode of popular TV drama ‘Meray Pass Tum Ho’. Court will hear the plea Friday while notices have been issued to #PEMRA &others. Plea is that women are being degraded in the drama. @merepasstumho pic.twitter.com/B59FTvPlIb

The show is already being treated as an “event”, with the finale being screened in multiplexes across Pakistan and the advance sale tickets already having made more than 1.5 million in sales. And yet, for all the fanfare and acclaim, the team behind the show has done little to quell the wave of criticism hurled against the show.

The creator Khalil-ur-Rehman Qamar, a TV vet with credits like Pyarey Afzal and Sadqay Tumhare, landed himself in hot waters when he stated that infidelity from men’s side was natural, and to be expected, as men aren’t capable of saying no. He further added that considering rapes were usually done by men, it meant that it was in their nature to do so and while any ordinary man could step out of his marriage, it took an extremely “bad” woman to do the same.

Understandably, his sexist double standards lit social media ablaze with all sorts of reactions and it wasn’t long before actor Adnan Saddiqui echoing of the same sentiment also drew some backlash.

But for all the righteous anger aimed at the show, there has been little in terms of consequence for the creator. Despite Qamar putting his misogyny on full display before the world, audiences (a lot of them women, who fundamentally disagree with him on this issue) have been quick to not only continue giving him ratings, but also support the show by going to cinemas to see it.

The mere fact that we as a culture are only too happy to give blatant sexism a pass should be troubling, but things are further complicated by the amount of success the show has garnered and more specifically, the role men have played in the drama being so successful. Actor Adnan Siddiqui has also stated that more men than women are watching this show and while it is hard to verify the credibility of his statement, we do know that more men are watching this drama than usual. And in a way that itself makes the success of Meray Pass Tum Ho so frightening.

As dramas go, there’s nothing too inventive about this particular story, in fact, many such have been on screen since the advent of cable TV in Pakistan. The only distinguishing feature of Meray Pass Tum Ho is that it flips the table on who is the victim and who the “villian”. While there have been countless soaps about cheating husbands in Pakistani television, Meray Pass Tum Ho is the first in which it is the woman who has stepped out and sinned, making her husband the innocent victim.

We have become so conditioned to misogynistic tales penned by men for women, that the troubling sexist subtexts that have been passing unchecked for so long, don’t seem to matter

Furthermore, it is the first to unintentionally show the stark contrast between the treatment of different sexes in the same situation. While our TV dramas are all the more eager to have the “naik Parveen” heroines forgive the hero for their sins, Meray Pass Tum Ho and the wave of support behind the show suggests, that a woman needs to suffer more before she can be absolved of her wrongdoing.

Meray Pass Tum Ho is helpful in identifying a plethora of problems plaguing Pakistani TV, nay our society, and one of them is the idea of an impossibly perfect woman. While men are allowed to make all kinds of mistakes, women need to remain in line and as perfect as they can be in order to be truly respected and get their “happily ever afters”. This one dimensional approach to female character is all the more apparent in the character of Hania who is shown as the “ideal” woman.

Read more: Women Should Gang Rape Men Back If They Want Equality

The legions of fans behind the show, yes, a lot of them men, are also staunch supporters of Qamar’s stance on how cheating is acceptable for men but not women. And it is these very fans who will continue to write stories like these, where the cycle of women having to suffer relentlessly is a never ending one. To be perfectly clear, the intent of this piece is not to pardon Ayeza Khan’s Mehwish of her actions, but merely to point out the hypocrisy of our own society, which has lapped up the drama without a second thought, without considering what message we’re sending to our youth.

We have become so conditioned to misogynistic tales penned by men for women, that the troubling sexist subtexts that have been passing unchecked for so long, don’t seem to matter.  What’s interesting to note is that many such dramas written by female writers also tend to have the same flaws. Men are repeatedly pardoned for the most violent of crimes whereas it is only a certain kind of angelic woman who is able to be forgiven.

This isn’t only emblematic of the way our society looks at men and women but also of how women in Pakistan have internalized these sexist notions of both genders. Meray Pass Tum Ho’s infamous “do takay ki aurat” line and its defense by showrunners and fans, is also representative of the myopic patriarchal views that are all too prevalent in our society.

As Meray Pass Tum Ho, mercifully draws to a close, it is perhaps a good time to review the dramas and films that are being made for our entertainment. More importantly, the success of this show should highlight our own complicity in boosting these types of shows that risk damaging the fabric of our society. And rather than turning a blind eye, maybe we need to look more closely at the narratives in media today to truly dismantle the deep rooted sexist beliefs that have been slowly poisoning our country for so long.