What stops Indian Army from taking over Afghanistan?

According to Saleem Akhtar Malik, the reluctance to engage in direct combat is one of the many factors preventing India from having a strong military presence in Afghanistan. 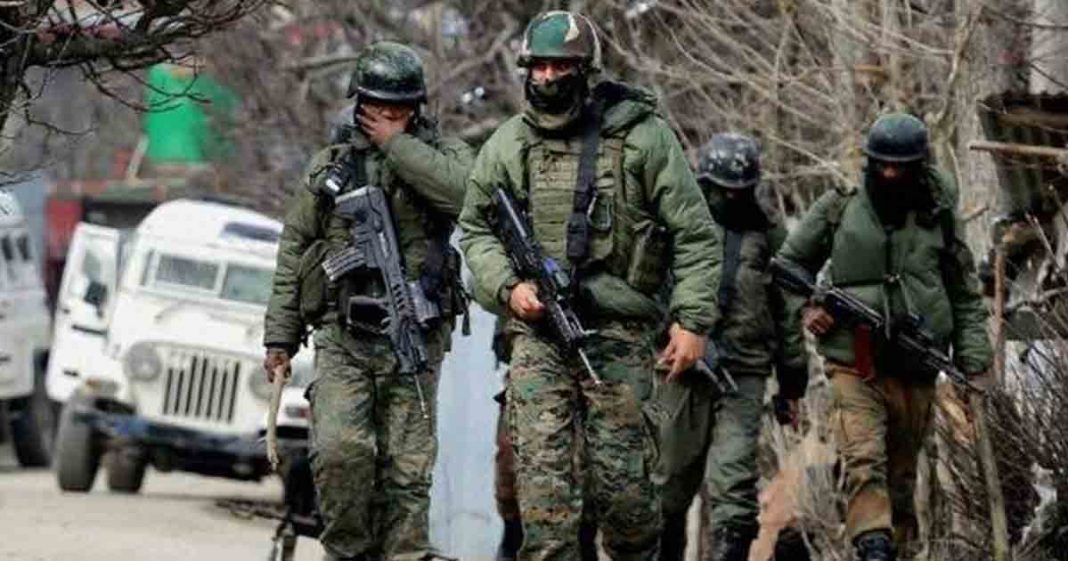 For quite some time, we have been hearing about how the Indian leaders, generals, bureaucrats, and media persons long for an Indian military presence in Afghanistan by stationing Indian troops on Afghan soil. They say that India’s 1. 4 million strong army can easily spare “tens of thousands of Indian troops” to Afghanistan.

India already has a Strategic Partnership Agreement with Afghanistan which provides for Indian boots on Afghan ground.

In 1877, the British established the Gilgit Agency in order to guard India against the Russian advance. In 1935, the British forced Maharaja Hari Singh to lease them Gilgit, Hunza, Nagar, Yasin, and Ashkomen for 60 years (The Sikh Encyclopedia).

Read more: Can India capture Gilgit-Baltistan in a kinetic war with Pakistan?

The First Kashmir War left Pakistan holding not only the mountain barrier separating the Valley from the plains of West Punjab, but also in possession of Gilgit & Baltistan. Later, the Sino-Indian border war effectively quarantined Tibet from India.

While keeping in view Pakistan’s grievances, one should not be oblivious of India’s frustrations. In the 21st Century, huge iron, copper, and natural gas deposits have been discovered in Afghanistan, not to mention the enormous gas reserves in Turkmenistan and Kazakhstan. India can have access to these natural deposits, but this giant plug is controlled by Pakistan.

Why India can’t have a direct military presence in Afghanistan

It raises the adrenaline levels and gives a tremendous boost and ego massage by merely thinking about Indian troops roughing it out, a la British Indian Army, in the stony wastes of Afghanistan.

In actual practice, the Indian leaders, both civil and military, are averse to risk-taking. They are adept at destabilizing their neighborhood through underhand methods. But when it comes to hand-to-hand fighting, they, like their American friends, get cold feet.

India attacked and absorbed small states like Hyderabad, Junagarh, Goa, and Sikkim, etc. because militarily they were no match for India. It must be borne in mind that in October 1947 India initially landed 1 Sikh Battalion at Srinagar airport. The leading elements of this battalion were under explicit orders to turn back if the airfield was held by the raiders.

In 1962, Nehru tried to test the waters by provoking China through his forward policy. After India’s defeat, China declared a unilateral ( and well thought out ) ceasefire, restricting India from ever approaching within twenty kilometers of the Line of Actual Control, and, to this day, India obliges China.

Read more: India China tensions over Ladakh could explode at any time

In 1971, India attacked East Pakistan only when it was absolutely sure of its victory, but the Indian Army stopped in its tracks in the western theatre because of the human and material risks involved.

In the future, India will resort to armed intervention in Pakistan, and elsewhere, only when it is absolutely sure that its offensive will be a walkover. India’s reluctance to put boots on Afghan soil should be viewed in this context.

Evaluating the past Indian Army operations on foreign soil

In October 1987, the Indian Army employed its 10 Para (Special Forces) along with Sikh Light infantry in a heliborne operation against the Tamil militants holed up in Jaffna University. The operation was a failure, resulting in heavy casualties to the attackers.

After the initial setback, 10 Para participated in November 1987 in another heliborne assault 14 miles to the northwest of Jaffna where reportedly, they killed 200 militants. We do not know about Indian casualties.

In November 1988, the Indian Army employed its 50 (Independent) Parachute Brigade to carry out an airborne/air transported operation in what was claimed to be an operation to liberate the Maldives from a bunch of rebels, apparently looking like petty thieves, who had reportedly overthrown the government of this island nation.

Most likely it was a put-up show contrived to show the world, and to the Indian people at large, that the Indian Army was capable of launching such an operation. Despite the miserable-looking tramps of rebels, the parachute brigade meticulously followed all the drills involved in an airborne operation.

Spearheading the mission, 6 Para flew in a fleet of transport aircraft. One team rescued the poor president of Maldives, another took over the airfield, and a third rescued Maldivian security personnel. There was a role for the navy also. When the rebels tried to escape along with some hostages, they were chased by the Indian Navy.

Remaining in the virtual world of Bollywood

Recently, many Indian think tanks have been advising their government against succumbing to the US trap to involve the Indian army in an active role in Afghanistan.

According to Shukla “Afghans avidly consume Hindi language soap operas and Bollywood films, which create a perception of India as a utopian idyll of noble friendships and relatively chaste romances where the good folks always win. Paradoxically, the physical distance between India and Afghanistan brings their people even closer in their dislike of Pakistan, which separates them geographically.”

Read more: Op-ed: India one of the major players in Afghanistan’s domestic and foreign affairs

This perception should work both ways. Putting Indian boots on Afghan soil will involve actual fighting, not “surgical strikes” against a perceived enemy. In Persian, they say :Chashm e ma roshan Dil e ma shaad- My eyes twinkle, and my heart dances with joy (over your proposal)

Saleem Akhtar Malik was a Lt Colonel in the Pakistan Army. He holds an honors degree in War Studies, an MBA, and an M.Phil in Management Sciences. He is the author of the book Borrowed Power. The views expressed in this article are the author’s own and do not necessarily reflect Global Village Space’s editorial policy.

America’s on again – off again romance with freedom movements

Can India capture Gilgit-Baltistan in a kinetic war with Pakistan?

Israel – the new crusader state breaks out of its siege