When and why terror groups synchronize or coordinate violent acts: Learning from June 23 attacks in Pakistan 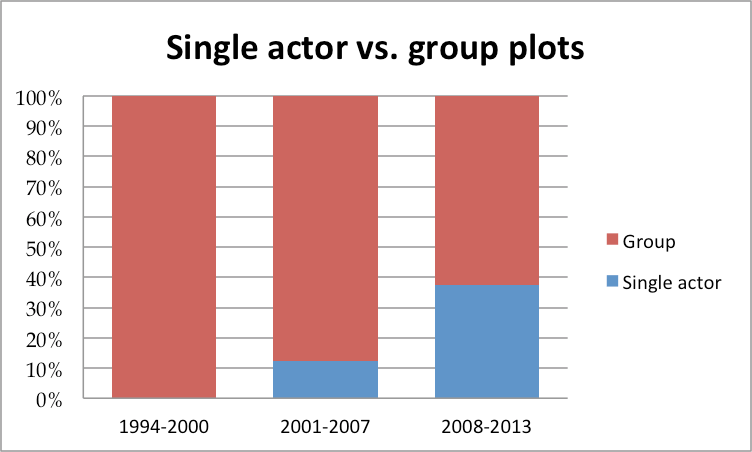 When and why terrorists vary violence has been investigated adequately in extant terrorism literature. However, the question when and why terror groups synchronize perpetrations has yet to be systematically sought by scholars. It assumes relevance given the history of concurrent strikes on September 11, 2001, London 7/7, Jaipur and Ahmadabad India during May and July 2008, and Paris during November 2015. Not to mention list of thwarted plots, possibly, the most spectacular of all in terms of number, were the 13 serial attacks on 19 April 2017 that took place in 11 different districts of Thailand. Analogous episodes of major political violence have been experienced by Pakistan on 13 and 16 February and its replication on 23 June, all during 2017. Here I attempt to explore answer to this query with especial reference to Pakistan.

There are broadly three possible reasons that have or can conceivably inspire simultaneous attacks in a context. In the first place, we need to know that execution of synchronized and coordinated commissions are a rare than a usual trend in terrorist campaigns.

Among other characteristics, terrorism is essentially an unpredictable phenomenon. This is in major part due to the clandestine and secretive nature of terrorist organization and their operations. The available scientific knowledge however does provide some necessary insights based on historical precedence and analytic frameworks to understand dynamics underlying patterns in atrocities committed by terrorists.

Read more: Terrorism, conflicts, and humiliation: What else will “Trump’s world” offer?

The propellants of concerted pushes

There are broadly three possible reasons that have or can conceivably inspire simultaneous attacks in a context. In the first place, we need to know that execution of synchronized and coordinated commissions are a rare than a usual trend in terrorist campaigns. Secondly, synchronization is characterized by temporal simultaneity whereas coordination implies performing acts that which may occur on a single day or spread over few days, but without the element of concomitance.

The Pakistani case is different from other cases. First the country has witnessed both the coordinated as well as synchronized terrorism.

In most instances, simultaneity transpires when a group acts single-handedly. This has been the case on 9/11 and 7/7 London bombings by Al Qaeda, in India by Indian Mujahideen, in Thailand by Barisan Revolusi Nasional (BRN), and of course by Daesh in Paris. When and why terrorist entities contemplate such attacks is essentially a context specific determinism. Arguably however, the singularity of a perpetrator group is manifestly comprehensible since planning for such raids is less complex when command and control hinges on a single source of leadership and direction. Ordinarily, simultaneity is highly unlikely to be achieved when involving more than one or many groups.

Read more:How RAW uses ‘Terrorism’ as a tool to pose threat to…

The Pakistani case is different from other cases. First the country has witnessed both the coordinated as well as synchronized terrorism. That is, attacks here have been composite, they were synchronous as well as coordinated. The second difference is that while number of attacks (vis-à-vis six in Paris, nine or ten in India and 13 in Thailand), have been far less i.e., up to three or four in a day, the lethality has been compatibly severe the like of London and Paris attacks. For instance, over 150 died and hundreds were injured during February, and 85 have perished while 200 have been disabled on 23 June 2017 by suicide explosion in Quetta, twin bombings at Parachinar and targeted assassination in Karachi.

What makes the situation increasingly unique is that in all cases, a variety of groups (secular, religious or sectarian) have been involved in organization of terror incidents. This can be observed in attacks carried out on 13 and 16 February respectively, in Awaran, D.I.Khan, Khyber Agency, Lahore, Quetta, Sehwan Sharif and South Waziristan.

It is incredibly remarkable that how the groups pursing diverse organizational goals and objectives can come together to harmonize actions.  Carefully examined, in that quandary we can locate two more reasons underlying harmonized actions in a context.

The common denomination among them is the anti-state and sectarian basis; the secular fall in favour due to anti state and anti-settler agenda i.e., Punjabis and Hazaras, the latter being incidentally Shias as well.

First, it is possible that ideologically disparate groups can coalesce around a shared ground i.e., in the commonality of enemy. We find that in substantial measure in Balochistan province as a cause of collusion among secular Baloch nationalists, sectarian (Lashkre-e-Jhangvi (LeJ), Jundullah) and religious ((TTP, JA (Jammat al Ahrar)) terror organizations.

Read more:Pakistanis must learn the limits of military led counter-terrorism

The common denomination among them is the anti-state and sectarian basis; the secular fall in favour due to anti state and anti-settler agenda i.e., Punjabis and Hazaras, the latter being incidentally Shias as well. This nexus makes entrepreneurship for global non-state actors as much smooth to develop affective ties with the existing network through one of the group acting as stepping stone to couple them with others, e.g., LeJ that was once supported by Al Qaeda, is now tightly connected as the protégé of Daesh or TTP too has significant equation with Al Qaeda. Jundulllah enjoys similar credentials with foreign jihadi and terrorists. Consequently common adversary framework can inspire coordinated reprisals against the state, its structural symbols and a particular sect or ethnicity.

There is another and most instructive thread that adds a third layer to the functional  characteristics of terrorism in Pakistan – involvement of hostile intelligence agencies in unison with local terror groups. The country is situated in a chaotic and conspiratorial neighbourhood characterized by fluid, frequently competing and geopolitically driven transnational ambitions. Simply speaking, other cited countries do not have Afghanistan and India in their proximity both drawn historically bitter to the idea of Pakistan.

Operation Zarb-e-Azab, and in particular the decapitation of key leaders of LeJ, had suffered a nigh mortal blow to the operational and financial infrastructure of perpetrator groups.

Read More:Why Do Humans Dying in Pakistan Matter Less than when Dying…

Operation Zarb-e-Azab, and in particular the decapitation of key leaders of LeJ, had suffered a nigh mortal blow to the operational and financial infrastructure of perpetrator groups. Baloch insurgency had been equally fractured due to political mainstreaming of nationalist parties and recurrent phenomenon of surrenders, arrests and killings of its local leaders and cadres. Indeed, RAW and NDS have been instrumental in re-erecting them more so since contacts became easy due to removal of TTP, JA and their affiliates from Pakistani soil. Conclusively, therefore terrorism simultaneity can also occur when oppositional organizations even though belonging to diverse persuasions, find a single overarching financier and string puller. It is a proxy war of the sort which obviates typical popular content by relying on externally articulated alternative support means.  We have thus witnessed growing occurrence of several attacks in a single day more common from mid-2016 onward.

Apart from the ostensibly shelving of national action plan by the incumbent government,  two exogenous precipitants played a potentially more important role in reigniting Indian motivation to adapt orchestration of terrorism with novelty. Obviously, these two key triggers were CPEC with its attendant economic promises and prospect of holding international cricket in Pakistan. The reinvigorated freedom struggle inside occupied Kashmir coincided with these developments to shape Indian evolved indirect strategy. Though not quite intriguingly, but the second confessional video of Kulbhushan Sudhir Jadhav, the captured Indian spy, and Pakistan’s thumping victory in Champions Trophy against India, may have possibly rushed to incite Indian national security establishment to dampen triumphant mood of Pakistani nation, thereby assuage some heartburn at home.  June 23 was thus an instrumental aggression.

Finally, what strongly emerges is that Pakistanis should now know it for certain that any mega enterprise or event likely to bring prosperity and good spirit to the nation, will be accompanied by string of coordinated or simultaneous terror attacks, most notably masterminded by India.

Does the discussion imply that local terrorist groups must be dealt with within own boundaries as once relocated, they can become potentially more menacing threat and more so when they have readily available clients to pay for their services.  Does it also imply that victim’s response should be in kind? The latter will depend which school of thought of IR theory and national security the decision makers prefer to embrace – fascism, neorealism, liberalism etc. Indeed it is true that violence begets violence, yet practically a more viable and value driven strategy should be to engage the adversary through diplomatic means and dialogue. In case this does not work out, plenty of non-violent means and options still exist including use of intermediaries for conveying piece of mind. Resort to violence should not be conceived even as the last option. As far terrorists groups operating from Afghan soil, foremost requirement is to invest further in penetration and dismantling of their latent support system in Pakistan. Consideration should also be given for legally permitted and mutually agreed hot pursuit policing operations across western borders especially now when Pakistan possesses rich information about the adversarial groups.

Read more:Are military operations the only way to counter terrorism in Pakistan?

Finally, what strongly emerges is that Pakistanis should now know it for certain that any mega enterprise or event likely to bring prosperity and good spirit to the nation, will be accompanied by string of coordinated or simultaneous terror attacks, most notably masterminded by India. The national security planners should project preventive counter terrorism actions accordingly. The state will also be well advised to hasten process of integration of FATA to dry up remnants of incubatory spaces breeding extremism, besides making a purpose oriented national investment in promoting research about terrorism in this country. Terrorism in any case is here to stay for a long time.

Muhammad Feyyaz teaches at School of Governance and Society, University of Management and Technology, Lahore. His areas of interest encompass theorizing violent phenomenon in and around Pakistan especially terrorism. The views expressed in this article are the author’s own and do not necessarily reflect Global Village Space’s editorial policy.

Previous articleImran Khan: The icon of liberal nationalism in Pakistan
Next articleTalent and spirit running wild in this great country

17 September 2021
Previous articleImran Khan: The icon of liberal nationalism in Pakistan
Next articleTalent and spirit running wild in this great country

The cold war roots of a new Korean war