The Defence Production sector was developed under his vision and leadership during the decade of the 1970s. Pakistan Aeronautical Complex Kamra, Heavy Industries Taxila, expansion of Pakistan Ordinance Factories, reorganization of SUPARCO and several other smaller projects were started during that period. 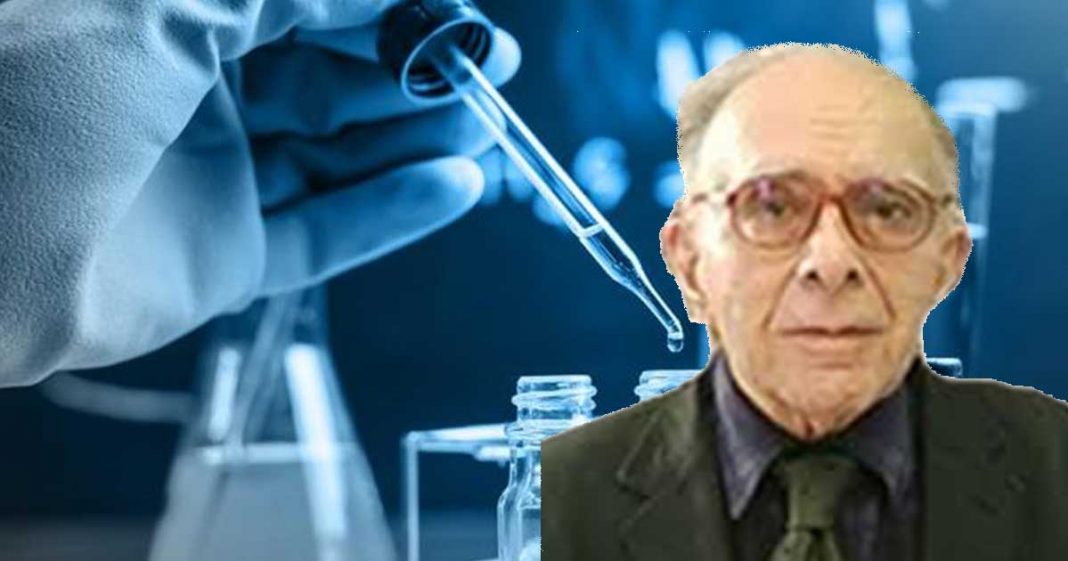 On June 11, Engr Masood Hasan, a leading technologist of the country and the father of chemical engineering (Chem-1) of Pakistan, passed away after a glorious innings spread over 95 years. After completing his masters in Industrial Chemistry from the Punjab University, he went on to study Chemical Engineering at the Case Western Reserve University USA from where he received an MS Degree in 1948.

He was hired by Unilever and attended their executive management programme in UK. There was no looking back; the ‘Technologist’ had been launched. He started local manufacturing of several Unilever products that included Dalda Banaspati as well. From there he moved to Wazir Ali Industries for the launch of Tullo Banaspati and Treet Soap.

He then moved back to Lahore in the 1960s where he launched a consulting firm by the name of EWP Consultants which played a key role in bringing the first-generation computer to Pakistan. Later he founded United Consultants before being appointed Federal Secretary Defence Production by the Bhutto regime. He was not alone; with him, several technocrats were inducted through lateral entry into senior administrative positions.

Read more: Bhutto was born to be ‘hanged’

The Defence Production sector was developed under his vision and leadership during the decade of the 1970s. Pakistan Aeronautical Complex Kamra, Heavy Industries Taxila, expansion of Pakistan Ordinance Factories, reorganization of SUPARCO and several other smaller projects were started during that period.

His maternal uncle Hamid Ghani, who was Chief Engineer in Pakistan Railways at the time of Partition, was appointed Project Manager to build POF Wah in 1953. After completing the ordnance factory, he was sent to build the Karachi Shipyard. Between the two, half of Pakistan’s basic industrialization took place. They remain, unsung heroes of the country, as they neither sought publicity nor self-projection. While Ghani Sahib is buried in Karachi, Hasan Sahib chose Lahore.

He served briefly with the Zia regime and returned to his home town to launch another consulting firm by the name of EMMAY Associates where he worked till his retirement about ten years ago. During this period the Doon School Boys got together to build Chand Bagh School on the Muridke-Sheikhupura link road on the pattern of their founding institution.

It is a not-for-profit residential school where students are taught social responsibilities to keep their campus and surrounding localities clean. It is the Doon School version of Pakistan. Lt. Gen (R) Ghulam Jillani Khan and Hasan Sahib, both Doon School alumni, led this project from the front with a vision to develop university-level education at the same location. With a campus spread over 190 acres it will perhaps one day emerge as an Education City.

In 2017 he was invited to speak at the annual Dr Khalifa Abdul Hakim Lecture Series where he delivered a very powerful speech on ‘Technology and Development’. He strongly advocated the need of developing and applying appropriate technologies leading to socio-economic development. His definition of technology was simple,” A tool to solve problems all sorts”.

According to him, there was a time when people approached philosophers for answers, now technology has taken over that role, for which qualified technologists are needed. Scientific research world over has resulted in technological advancement through a well-developed framework and linkage between academia and industry. This approach has not been adopted by the Islamic Ummah.

Unfortunately, in the land of the pure the importance of technology is grossly misunderstood and overlooked. Technology is the application of science to produce products and facilitate human effort. Technology takes over where science reaches its limit. What works in the laboratory under controlled conditions has to be mass produced by understanding and application of technology.

While science consumes, technology produces. I had the opportunity of working on his team for over a decade before taking on the Chairmanship of the Pakistan Science Foundation. His parting words were, “One can achieve a lot if one does not seek credit or personal benefits”. That was the generation that laid the foundations of the new land.

Pakistan needs Technology to move forward and become an Asian Tiger like China, Malaysia, Singapore, Taiwan, and South Korea our derailment has to come to an end

Together we worked on projects of national importance. In the 1990s the Saindak Copper and Gold project had started. Due to lack of large-scale commercial mining experience in the country, the venture was in trouble from day one. It was my first opening in the land of the pure. While we did our best to ensure complete transfer of technology together with building a trained work force, no one within the organization or the federal ministry was interested.

It seemed everyone had their own agenda to seek personal benefits. Despite warnings the entire project was handed over to the Chinese contractor, who have been mining there for the last about 20 years and now seek extension to dig out the remaining copper, gold and silver. Had the transfer of technology taken place at that time we would have been in a position to develop the Reko Diq project ourselves instead of the big mess that we face today. He insisted on Administrative Accountability instead of judicial that we have today.

He propagated the development of Standard Operating Procedures (SOPs) as a first step towards accountability. He always quoted Article 212 of the constitution of 1972 that called for the establishment of Administrative Courts for this purpose. In the 1973 version the idea was dropped and it is time to revisit this approach as there is dichotomy between the NAB laws and the Common Law that our courts follow. As Hasan Sahib was a close friend of Ikramullah Niazi, a fellow engineer and father of Imran Khan, he has been briefed about this approach of effective accountability.

In the year 2002, together we prepared the first Shadow Budget of the country from the platform of the Lahore Chamber of Commerce and Industry (LCCI). We proposed massive increases in the areas of education and health while balancing the budget. The criticism of the current budget (2020-2021) continues while no one has done any homework to present alternative figures of proposed expenditures. Political parties in the country no longer work for common good of the citizens, instead they have become anchors of status quo.

Corona has reset the world economic order; the aftershocks of the pandemic have to be catered for. A lot of planning is required both by the government and the opposition. Small but mandatory items like face masks are out of reach of the daily wage earners. A holistic plan is needed to meet the challenges which is missing on both ends.

In March this year we bid farewell to Dr Mubashir Hasan another comrade and outstanding engineer. He died at the age of 98 years. One by one the era of selfless contributors towards common good is coming to an end. A new generation is taking over where self-projection has become the norm. On insistence of the family Hasan Sahib started his biography which is now being reviewed for publication with the proposed title of: ‘ Journey of a Technologist ‘.

The purpose is to record his achievements as a guideline for the coming generations of engineers and technologists who will lead the nation in the challenging times that lie ahead. Pakistan needs indigenously developed technologies for its socio-economic growth and development which science alone cannot deliver. Product focused research with appropriate business plans is the way forward.

May his soul rest in peace and his innings for the technological advancement of the motherland guide us in our future endeavours. Pakistan needs Technology to move forward and become an Asian Tiger like China, Malaysia, Singapore, Taiwan, and South Korea our derailment has to come to an end.

Dr. Farid A.Malik is the Ex-Chairman Pakistan Science Foundation. He was a Shadow Minister PTI and Co-Ordinator of the PTI Think Tank where the framework of the Welfare State was developed. The article was first published in Pakistan Today and has been republished here with the author’s permission. The views expressed in this article are the author’s own and do not necessarily reflect Global Village Space’s editorial policy.