On the anniversary of the Tiananmen massacre, the White House stated that the world has not forgotten the Tiananmen massacre, and urged China to give a full account of the death toll from the incident. This statement comes amid increasingly tense relations between China and the United States, as a fall-out from their row over Hong Kong and Covid-19. 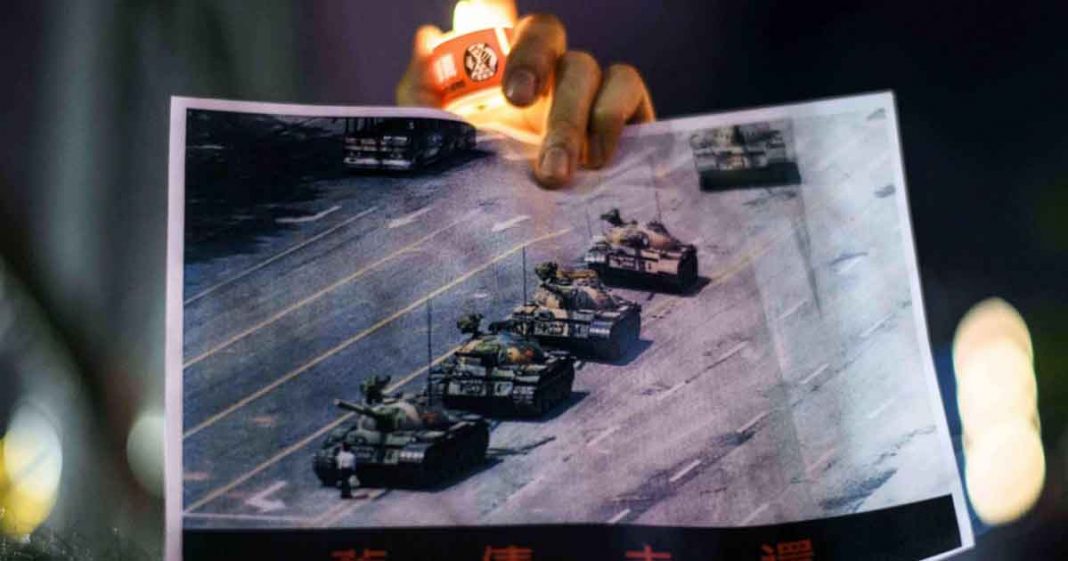 The White House said Thursday that China’s Tiananmen “slaughter” in 1989 has not been forgotten, urging Beijing to give its first accurate accounting of the bloodshed. This comes amid a rapidly deteriorating relationship between China and the United States, at a time when China is facing worldwide criticism for its part in the subjugation of Hong Kong by banning the Tiananmen Vigil.

“The Chinese Communist Party’s slaughter of unarmed Chinese civilians was a tragedy that will not be forgotten,” President Donald Trump’s press secretary Kayleigh McEnany said in a statement.

“The United States calls on China to honor the memory of those who lost their lives and to provide a full accounting of those who were killed, detained, or remain missing in connection with the events surrounding the Tiananmen Square massacre on June 4, 1989.”

Tiananmen ‘slaughter’ not forgotten: What was it?

China’s leadership has never provided a death toll from the crackdown, in which hundreds if not thousands are believed to have been killed, and has sought to suppress all public mention of the episode. But the White House makes it clear every year that the Tiananmen ‘slaughter’ was not forgotten.

Open discussion of the brutal suppression is forbidden in mainland China. In Hong Kong, where Beijing is tightening its central rule, a mass vigil meant to mark the anniversary was banned.

China bans Vigil in Hong Kong: A move to whitewash its history?

In a development heralded to be the first true manifestation of the new Hong Kong security law, police in Hong Kong banned an upcoming vigil marking the Tiananmen crackdown anniversary citing the coronavirus pandemic, the first time the gathering has been halted in three decades. The Tiananmen Vigil is held every year to commemorate those Chinese lost in the quest for democracy, and is a sensitive issue for Hong Kongers.

The candlelight June 4 vigil usually attracts huge crowds and is the only place on Chinese soil where such a major commemoration of the anniversary is still allowed.

Last year’s gathering was especially large and came just a week before seven months of pro-democracy protests and clashes exploded onto the city’s streets, sparked initially by a plan to allow extraditions to the authoritarian mainland.

Tiananmen ‘slaughter’ not forgotten: An annual US tradition

Every year, the United States issues a similar statement demanding China be held accountable. On Wednesday, Secretary of State Mike Pompeo met with survivors, including Wang Dan, perhaps the most prominent of the student leaders from the doomed pro-democracy protest.

#NSTworld The White House said on Thursday that #China's #slaughter of protesters in #Tiananmen Square in 1989 has not been forgotten, urging #Beijing to give its first accurate accounting of the #bloodshed.

Pompeo, who had earlier denounced China for preventing Hong Kong’s annual commemoration on the grounds that mass gatherings went against guidelines in fighting the coronavirus, tweeted a photo of the meeting.

Massive unrest in the backdrop of the US message this year

However, this year, Washington’s message has been overshadowed by what critics describe as Trump’s heavy-handed response to nationwide protests — some marred by rioting and arson — against police brutality.

Hong Kong’s pro-Beijing leader has also accused the United States of double standards in criticizing the city’s own clampdown on pro-democracy protesters.

Relations between China and the United States are already at a low ebb in the wake of the COVID-19 outbreak that began in Wuhan. Trump blames Beijing for allowing the virus to spread rapidly across the world and has broken off relations with the World Health Organization, accusing it of bias toward the Chinese government.

US troops pullout of Germany: Pompeo’s “low-risk visit” to Europe