Who are the ‘aliens’ in Pakistani politics? 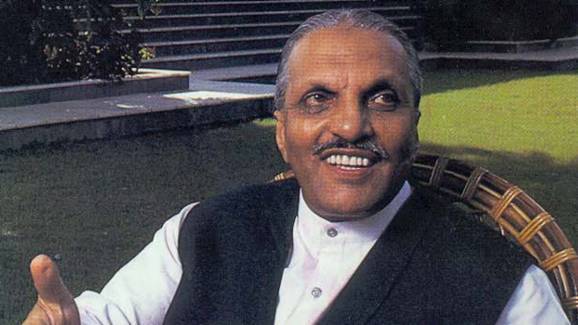 The three times Ex-Prime Minister of Pakistan has sensed alien invasion of our coming elections, he has to be taken seriously as he was himself launched in our political arena in their spaceship or flying saucer; in the USA they are termed as Unknown Flying Objects (UFOs). They emerge, conquer and then vanish leaving the debris behind. The plot thickens here, as the target of the aliens is the domination of the civilians through elections for which they need facilitators on earth.

Since 1958 there have been several civilians facilitators on the ground who can be rightly called the ‘Mir Jaffer’s of Politics’. The question arises why are the ‘Mir Jeffers’ concerned about the ‘alien’ invasion now which they have been supporting since 1985. As the tale is narrated, the aien Supreme Commander asked for three names from the Provincial Supremo. Recommendations were’ Chaudhry Ghafoor, Hamid Nasir Chattha and Nawaz Sharif. As always the least qualified of the three were picked up to lead the nation.

The partyless election of 1985 uprooted the democratic order. As Prime Minister Muhammad Khan Junejo tried to resurrect of what remained but he was pushed out, ‘Mir Jaffers’ prevailed. Zulfiqar Ali Bhutto (ZAB) included Article-6 in the 1973 constitution to keep the aliens out of the political arena. For the two takeovers the article was not invoked (1977, 1999) however Mian sahib got the courage to initiate trial of the usurper in the third take over in 2007.

Mian Sahib together with an entire ‘Majlis-e-Shura’ was launched to derail the political process. Exploration of terrestrial space is the domain of the ‘Aliens’, their ships and flying saucers should keep away from the political arena where earthly civilians operate.

While I support this act of political bravery, it must include the entire team not just the commander of the spaceship, those who prepared the notification and then advised the President to act should also be taken to task. Since 1977 the aliens have stolen the ballot boxes ten times. What will stop them for doing it again? Have new ‘Mir Jaffers’ been lined up yet again for so-called Positive Results’ or the election will be free and fair like the 1970 electoral exercise? Another split mandate is projected.

A similar outcome was expected then but ideology and grass root workers delivered clear leads for Bhutto in West Pakistan and Mujib in the Eastern Wing, since then the Aliens decided to shift their focus from the voter to the ballot box. Pakistan had to endure four martial laws (1958, 1969, 1977, 1999) and four constitutions (1956, 1962, 1972, 1973) which is a unique record for any country. Only the 1973 consensual document has survived despite Zia and Musharraf onslaughts. It is an indeed strange that all four ‘alien’ commanders’ either teamed up or created new ‘Mir Jaffers’ of politics.

Read more: The presence of Aliens in Pakistan’s politics

While the khakis desired political spots, the ‘Mir Jaffers’ looked to them to extend their grip over power. It reminds me of a famous Urdu proverb ‘Na Idhar Kay Rahey Na Udhar Kay’ (Neither here nor there). Though ZAB fell into the same trap, his analysis was accurate. According to him, the people of Pakistan are politically very astute as they have been through long freedom struggles. British colonists understood their potential and did not manipulate the electoral process. Most elections under the ‘Raj’ were free and fair while there has been only one after the so-called independence why?

Civilians are much smaller than the aliens and the ‘Mir Jaffers’ that is why they always need to team up. Zia never took off the uniform but did not seek an elected office; he only risked a fake referendum. Musharraf was advised by the ‘Mir Jaffers’ to get elected in uniform which would have been the first in human history. The first elected Prime Minister of Pakistan despite grass root support decided to set up an election cell within ISI where the ‘aliens’ and the ‘civilians’ could come together.

The partyless election of 1985 uprooted the democratic order. As Prime Minister Muhammad Khan Junejo tried to resurrect of what remained but he was pushed out, ‘Mir Jaffers’ prevailed. Zulfiqar Ali Bhutto (ZAB) included Article-6 in the 1973 constitution to keep the aliens out of the political arena.

This approach was also unique in many ways, combing political strength with establishment weightage but it has proven to be disastrous. In the words of Comrade Hanif Ramay the ablest Chief Minister of Punjab, ‘Bhutto Sahib’s Struggle went full circle, he left us at the point from where we had started”. As a child growing up on the civilian end of the Mall where intellectual ‘titans’ like Prof. Hamid Ahmad Khan, Khawaja Salahuddin, Dr. Rafi Chaudhry and Artist Shakir Ali were involved in nation-building.

On the other end were the aliens, each in their own domains. The only connection was a single lane Mian Mir bridge; no ‘alien Ships’ like the famous ‘Enterprise’ was available for ‘Space Exploration’. Till 1985 except for a few ‘Mir Jeffers’ most political players were honest and able. While the MRD movement was picking steam (Movement for the Restoration of Democracy), the ‘Aliens’ speeded up the ‘Mir Jaffer’ production processes, it was a perfect ‘One belt one road’ product (OBOR). Mian Sahib together with an entire ‘Majlis-e-Shura’ was launched to derail the political process.

Read more: Witch-hunt or a blunder?

Exploration of terrestrial space is the domain of the ‘Aliens’, their ships and flying saucers should keep away from the political arena where earthly civilians operate. Despite manipulating the ballot ten times in a row the results have been disastrous, not desirable. Now that the political cleansing has started there is no room for the ‘Mir Jeffers’ launched by the ‘Aliens’. Democracy cannot function without the sanctity of the ballot.

Any attempts to steal the election either by the Aliens or their Mir Jeffers will be met with formidable resistance. Forty years of ‘Alien Invasion’ (1977 to 2017) has failed as such they should have no role in the coming electoral exercise. The indisputable, free and fair election is the only way forward.

Modi is the greatest obstacle in Pak-India dialogue: FM Qureshi