Who will control Afghanistan? 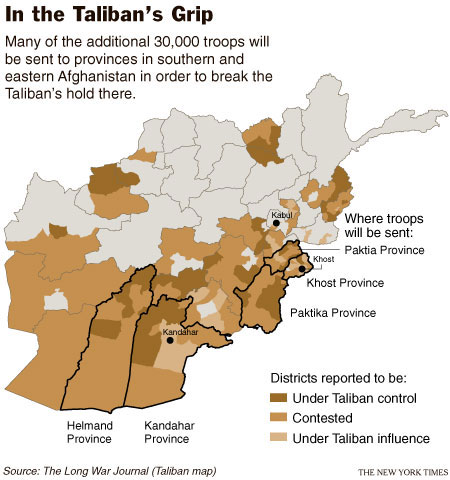 Every year the American mega sale event Black Friday falls right after Thanksgiving. The joke among Americans-which I suspect is made by immigrants since outsiders anywhere can detect what locals take for granted-is that right after people in America express their gratitude for being in America and for having so much in life, they go on a crazy shopping spree basically negating that they have enough in life.

Thanksgiving is replaced by thanklessness within 24 hours. Just like warring for 17 years is now getting replaced by calls for peace talks. US special envoy for peace in Afghanistan, Zalmay Khalilzad has held talks with Taliban in Qatar just weeks ago. His stay in Afghanistan and Pakistan from November 8-20 was to try to push for peace negotiation with the Taliban.

Russia hosted a meeting of Taliban delegates and about a dozen countries including Pakistan, Afghanistan, China, India, Iran, United States and five former Soviet republics in Moscow. In the cold weather of Moscow, the Russians attempted to bring some warmth in the relations between the Taliban and the Afghan government. The members invited mostly make up the regional rivals, enemies, and closet enemies. However, Russia feels supremely confident of its charm offensive as well as ambitious about gaining influence in a country it had to humiliatingly roll back from about 3 decades ago.

Even Iran, which seethed with anger after Taliban killed 9 Iranian diplomats in Mazar-i-Sharif and which supported the erstwhile anti-Taliban movement called Northern Alliance, hosted the Taliban “to help facilitate negotiations between Afghan groups and the country’s government”. Taliban acknowledged meeting with Iran and discussing “the post-occupation situation, restoration of peace and security in Afghanistan and the region”.

The Russians in their unabated quest for influence are advocating what could be dubbed as ‘talks after talks’, meaning that Taliban-Afghan government talks would happen before the Taliban-American talks. However, recently Taliban have hinted at talking to the Kabul government after they reach an agreement with the United States.

Taliban have grown in age as well as the maturity of opinion. The act of attending the Moscow conference is to send a message to Washington; that if the Americans aren’t serious then they can always go to the Russians, their erstwhile enemies.

There are two lessons from this tug of war of influence: One, Afghanistan is still important to the powerful countries of the world. Secondly, it has been realized and tacitly accepted that the future government in Afghanistan could very well be of the Taliban or maybe a coalition government where the Taliban would be a member party. Letting an insurgent group having political power is a tried and trusted recipe for ending an insurgency anyway.

Washington, Moscow, Tehran, and Kabul want to talk to the Taliban and want to play a role in the peace negotiations with the terrorists of the yesteryear. The mindset is that if these fierce killers are going to be the future leaders of Afghanistan, then it would be necessary to have some relations with them for influence in the country.

More importantly, the threat of ISIS looms large and is quite real. In their future Islamic state; Afghanistan, Pakistan, and India are parts of their Khorasan province. Taliban’s urge to negotiate peace with the Americans is not new but this latest urgency might be fueled by pragmatism. ISIS threatens the Taliban. ISIS ideology calls for death, destruction, and martyrdom. It is important to point out that while the Taliban have proven to be ruthless killers, their DNA is nationalism, not Jihad.

They don’t want to die for martyrdom but rather believe in living an extra day to fight for the motherland. A prison riot in Tajikistan that killed 27 people was started by an ISIS member. ISIS had claimed responsibility for killing 4 western tourists in Tajikistan. ISIS has been growing its tentacles inside Afghanistan. Iran’s urge to liaise with the Taliban could also be driven by the threat of ISIS, whose DNA is being anti-Shia Islam.

Influence with the Taliban is for sale and all interested stakeholders are rushing to buy it. Just a different Black Friday; one where the seller dictates wishes and demands more than the buyer, one where the customer is not always right.

Taliban have grown in age as well as the maturity of opinion. The act of attending the Moscow conference is to send a message to Washington; that if the Americans aren’t serious then they can always go to the Russians, their erstwhile enemies. They have evolved into skillful arm twisters. Sgt. Bowe Bergdahl was used to releasing 5 Taliban commanders from Guantanamo prison in a prisoner exchange with the United States. They are no more the young, recalcitrant, and aggressive youth as they were when they started out and when everything seemed conquerable.

Their worldview has changed. They are no more against female education. Habiba Sarabi, from the Afghan High Peace Council, was the only woman who took part in the Moscow conference. She has pushed the Taliban on the plight of Afghan women. She said of the Taliban, “I asked them, ‘When will you bring a woman to these talks?” Sarabi said. “They laughed and said, ‘Why don’t you represent us?’ ” Muhammad Sohail Shaheen, a spokesman from the Taliban delegation said, “We are ready to give women all the rights that exist in Islam. This means education, work, and property. We ask only one thing, that they observe wearing the veil.”

Read more: Afghanistan’s neighbors and the prospect of a US withdrawal

Taliban’s shedding of thoughtlessness and adopting pragmatism along with the presence of their new and perhaps more dangerous enemy are the major factors contributing to their willingness to negotiate an end to the war, creating a season ripe for negotiations. Influence with the Taliban is for sale and all interested stakeholders are rushing to buy it. Just a different Black Friday; one where the seller dictates wishes and demands more than the buyer, one where the customer is not always right.

Imran Jan is a political analyst. He can be reached at imran.jan@gmail.com. Twitter @Imran_Jan. The Views expressed in this article are author’s own and do not necessarily reflect the editorial policy of Global Village Space.

US and Pakistan strive to improve relations

PM Modi replies to PM Khan: Will peace get a chance in South Asia?