Why going digital is the way forward for Pakistan

Digital payment in Pakistan has immense potential to revolutionize the payments infrastructure in our country. Everywhere in the world “financial inclusion” is the buzzword and digital mechanism is the key, why is there opposition to it in Pakistan, and from whom? 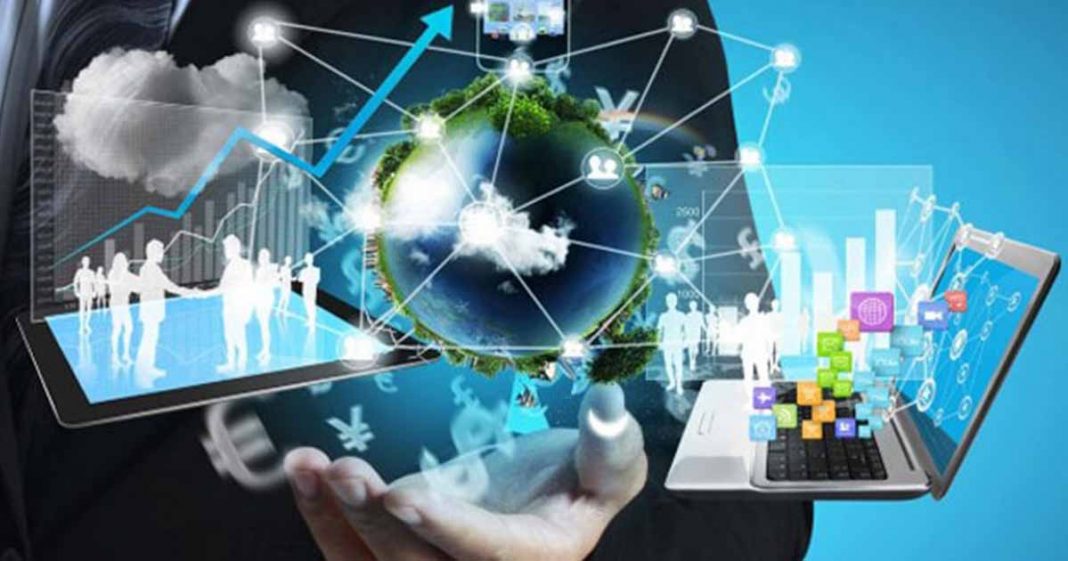 For Pakistan credit and debit cards alone are not enough, mobile phone devices probably will become the primary tool for payments. A young demography and increasingly tech-savvy generations ensures a unique role for mobile payment services. ‘Fintech’ -short for financial technology-refers to technology-led innovation in financial services aiming to exploit the gaps in coverage and affordability of the services offered by the mainstream financial sector, including development of e-commerce and new modes of payment. Over 80% of the Pakistani people own a mobile phone. Incidentally the new electronic payment scheme does not need a smartphone, it can function on any feature phone as it does not need internet.

A cashless society and digital payments will lead to less crime, as theft or illegal transactions typically take place with cash leaving record. Digital records of every payment make it much harder to hide income and evade taxes, money laundering will be limited as well. Current payment systems settle payments within 24 hours after a transaction is made, although the host receives the payment instantly. Real-time payment systems will complete this process in seconds, which will lead to a manifold rise in the volume of small transaction. This technology currently exists in only 10 to 12 countries of the world, more time is required for its introduction in Pakistan.

Read more: This is why we must urgently adopt digital cash in Pakistan

Digital lending was initially more related to digitization of back office processes, which were done manually in financial institutions. With machine learning and the internet, the concept of digital lending now involves complete digitization of the loan disbursement process, including the ability of the algorithms to make decisions of accepting or rejecting a loan application, a loan can be awarded right through one’s mobile! Another area of digital lending includes crowd funding and peer to peer (P2P) lending.

Crowdfunding is the practice of funding a project or venture by raising small amounts of money from a large number of people, typically via the internet while peer to peer lending allows individuals to lend and borrow money without having a financial intermediary sharing risks and rewards.

A number of roadblocks still lie in the way of an effective e-payment system in the country. Apart from the physical provision of the right apps and payment points the possibility of mistakes and even fraud is not excluded from the use of digital payment. Cybersecurity is an issue as well. In order to create trust in digital payment fraud has to be excluded or made very difficult and consumer rights have to be strengthened.

NADRA played a crucial role of identifying the right persons under the BISP program by applying various biometric checks. Grants were given to the families through phone to phone banking

There are consumer protection laws at the federal and provincial levels of the government, and by virtue of functional equivalence provided to the electronic transactions by the Electronic Transactions Ordinance 2002, these laws are also applicable for e-commerce transactions.

The major problem is of a lack of awareness amongst the people about the rights they have when transacting online and about the scope and extent to which their activities are covered under the various protection laws. With consumer protection perceived to be weak in Pakistan, there is impression that end buyers may have little recourse available in case of payment disputes or instances requiring return of goods/services acquired via the e-commerce channel.

Digital payment in Pakistan has immense potential to revolutionize the payments infrastructure in our country. More than a dozen digital payment companies have received licenses from the State Bank of Pakistan to operate in the country. While the virus is keeping us at home it should not be a problem for the financial and digital specialists to keep working on the digital payment implementation.

Read more: Pakistan on its way to becoming a cashless economy

For disbursement of support money the BISP smart card has been initiated to the people on the BISP. NADRA played a crucial role of identifying the right persons under the BISP program by applying various biometric checks. Grants were given to the families through phone to phone banking. Beneficiaries were issued with a SIM and cell phone at a NADRA counter to receive SMS for cash grant.

After presenting SMS and valid NIC copy, the beneficiaries receive cash grant by Point of Sale (PoS) franchise. The system has onboard a total of over 27 million households and over 4 million BISP debit cards have been biometrically issued to the beneficiaries. BISP Smart Card, Mobile, Debit Card and Money Order are the mediums utilized for easily available presence.

Imran Khan’s PTI government put the fight against poverty on top of their agenda last year, launching the “Ehsaas” program for poverty elevation. To identify the genuine beneficiaries is still a challenge today as the last population census-2017 results are not yet officially approved, while, the labour force survey 2018-19 of Pakistan Bureau of Statistics (PBS) was not yet made public.

When the population census, labour force survey and NADRA’s data would be synchronized and available, then it would be easier to identify the eligible persons for getting financial benefits. The upgraded data can be used for other programs as well, for instance for the ration program that was initiated in the wake of the current coronavirus pandemic.

The National Socio-Economic Registry (NSER) is underway to collect household data on socio-economic conditions at the grassroots level for future programmatic targeting – an ongoing process that keeps updating the information. The financial assistance under the program is meant to help them buy rations so that they don’t go hungry. The program covers 12 million families; Rs. 12,000 per family, the total budget is Rs. 144 billion.

And again, the question about how to disburse the money and, in addition, control its use is standing in front of us. Control is necessary because otherwise some would be spending the ration money for other purposes which undermines the task of feeding our people. The program is meant to put food on the table for poverty-stricken families, how do we ensure that it is not used for other purposes while the families still keep seeking assistance for food?

With cash being distributed from few locations large crowds gathered, violating the social distancing norms and increasing the risk to catch an infection for the people. In fact the catch phase going around is “cash now, infection later”. Given the technological solutions that are already available. Unfortunately bureaucratic thinking will not allow this “instant scheme” but prefer to let people die with their “cash now, infection later” with the hordes of women jostling and elbowing each other when lining up to get cash.

While only 20% of the Pakistani population today (ca. 46.8 million) have bank accounts, according to the latest statistical data by PTA’s telecom indicators, the number of mobile phone users in Pakistan has reached 161.183 million, as of May 2019. Moreover, the provision of 4G/LTE services in remote areas of Pakistan has also made a significant increase in overall 3G/4G subscribers, as the number of 3G and 4G users in Pakistan reached 68.07 million in May 2019. With an increase of 0.173 million users in just a month, it has become evident that 4G users in Pakistan are increasing with rapid pace and will soon take over the 3G market after the launch of 5G services.

Having successfully completed the pilot, program with 12 banks and 4 Telcos, the Asaan Mobile Account (AMA) can be used to disburse the amount onto the mobile account of the beneficiaries, which they can use to purchase rations from utility stores and/or registered groceries agents such as Imtiaz, Chase up etc. Encouraged by the World Bank and for “financial inclusion” and developed by the SBP in conjunction with Pakistan Telecommunication Authority (PTA) the scheme is ready to be launched.

In far-flung areas using mobile phones for cash transfers, bill payment and purchases is a method that already today reaches many more people than traditional banking by cash money or cards

The great plus point is the agent interoperability, the manifold increased Points of Sale (POS) not only increase the number of cash disbursement points but importantly avoids crowding and serves the purpose laid out by the government to help the vulnerable families to spend the major portion of the amount credited on the purpose it is meant for – namely buying food stuff.

At least 4 of the banks on the AMA Pilot Project are ready to give out micro-loans. There are some issues to be sorted out, one hopes that SBP, PTA and the Telcos will expedite this for the benefit of Pakistan, the mass population and the other multiple benefits that go with documenting the economy. Certainly FBR should have a vested interest in AMA Scheme. Such an AMA account can be opened easily by dialing the USSD code from their mobiles or by using the registration data from the Ehsaas Program.

Once the amount will be credited in the account, the person can go to the nearest Utility Store or any registered grocery agent, buy groceries either for the full PRS. 12.000 or for the minimum amount (75%) set by the government (e.g. Rs 9,000) and pay the amount using the same USSD code. The balance money not used for groceries can be encashed at the same place.

It was a pleasure to hear similar views expressed by Thomas E. Abell, Advisor to ADB, on a “Virtual Seminar: “Improving Digital Access and Connectivity to Support People and Businesses through COVID-19 and Beyond” on June 18, 2020.

Everywhere in the world “financial inclusion” is the buzzword and digital mechanism is the key, why is there opposition to it in Pakistan, and from whom? In far-flung areas using mobile phones for cash transfers, bill payment and purchases is a method that already today reaches many more people than traditional banking by cash money or cards.

How can one explain to the WB and ADB that while the regulators are pushing this as much as they can the vested commercial interest of the middle-level managers giving misleading statistics is waylaying effective decision-making by the senior corporate executives?

The future has really become difficult not only because of the pandemic but because of the greed of a few individuals with their own personal interest in making money for themselves. It is in the national and public interest to identify such people so that we can confront our problems with intelligent solutions.

Previous articleJustice Isa’s case: making sense of the judgement & its aftermath
Next articlePM pays tribute to Muhammad Ali for his talents, beliefs

16 September 2021
Previous articleJustice Isa’s case: making sense of the judgement & its aftermath
Next articlePM pays tribute to Muhammad Ali for his talents, beliefs