This author describes how important is to build new cities. Even Mohammad (PBUH) advised building new cities for growth and development of society. The author suggests that Balochistan needs a new city that can be named Balotoon. 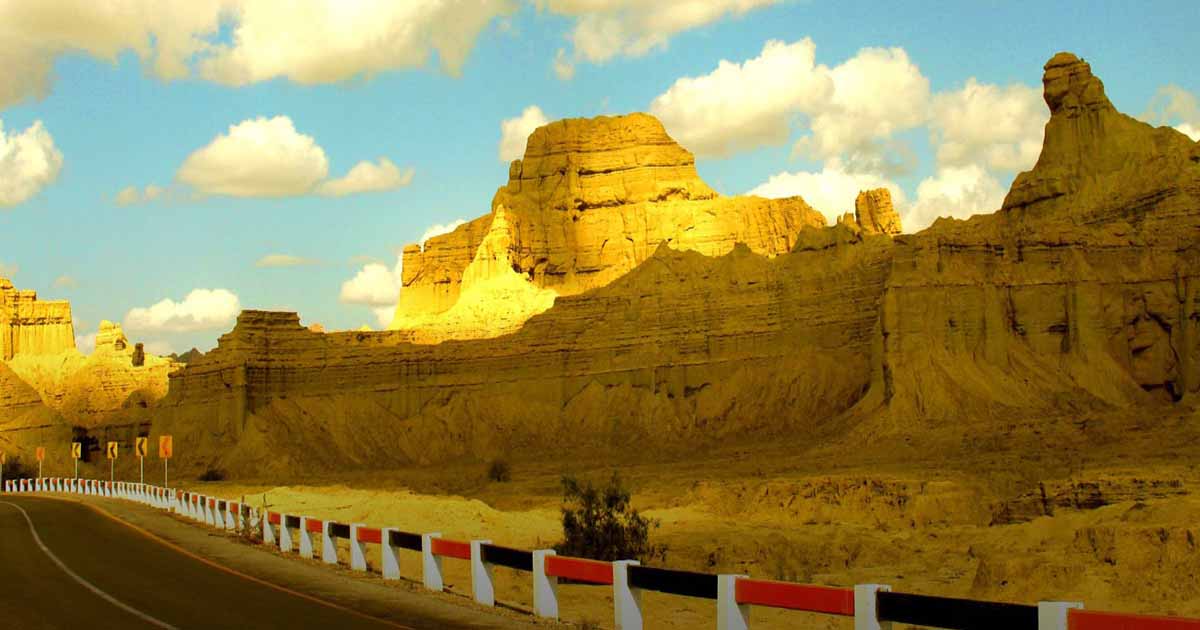 Mankind is naturally designed to live in communities because of mutual dependencies. What started as a pack of humans living in a cave thousands of years ago has now evolved in large urban centres involving tens of millions of people. We have been building cities since ages and the need for making more has become even more critical.

The United Nations estimates that two-thirds of the world’s population will live in cities by 2050. In line with this prediction, more than 40 countries have built hundreds of new cities since the early 2000s, according to Forbes. These planned cities, many of which lie in Asia and Africa, are often designed to be large trade centres and to test out new smart city strategies.

Among the cities currently in the works is Forest City, Malaysia, which is planned to house 700,000 people in an area four times the size of New York’s Central Park. Saudi Arabia is also in the game, creating a $500 billion city called NEOM that will extend into Egypt and Jordan. Officials say all services and processes in the city will be fully automated and powered by regenerative energy.

There are 193 countries throughout the world, many examples for shifting capitals of the countries and capital of provinces for various reasons which are discussed ahead

King Abdullah Economic City, a privately funded city, spans 70 square miles and is located near the Red Sea. Plans for the city were laid out for construction in 2006, and the idea is to have 2 million residents once it’s complete. The city was designed to help diversify Saudi Arabia’s economy. It is s currently trying to attract businesses and investors and is building hotels and different attractions to draw tourists.

Cities used to grow by accident. Sure, the location usually made sense—someplace defensible, on a hill or an island, or somewhere near an extractable resource or the confluence of two transport routes. But what happened next was ad hoc. The people who worked in the fort or the mines or the port or the warehouses needed places to eat, to sleep, to worship.

Infrastructure threaded through the hustle and bustle—water, sewage, roads, trolleys, gas, electricity—in vast networks of improvisation. You can find planned exceptions: Alexandria, Roman colonial towns, certain districts in major Chinese cities, Haussmann’s Paris. But for the most part, it was happenstance, luck, and layering the new on top of the old. At least, that’s the way things worked for most of human history.

But around the second decade of the 20th century, things changed. Cities started to grow with purpose. Beginning with New York City’s zoning laws in 1916, development began to occur by commission, not omission. Laws and regulations dictated the shape of the envelope. Functional decisions determined aesthetic outcomes—not always for the best.

So let’s jump to now: A century, plus or minus, after human beings started putting their minds toward designing cities as a whole, things are getting good. High tech materials, sensor networks, new science, and better data are all letting architects, designers, and planners work smarter and more precisely. Cities are getting more environmentally sound, more fun, and more beautiful. And just in time, because today more human beings live in cities than ever before and increased levels of urbanization are in play.

There are 33 districts in Balochistan having an average 1.23 (M) population which is only 5.94 % of that of Pakistan while having 48 % of the land of Pakistan with enormous natural unexplored resources needless to mention gold, copper, oil & gas, precious material, a vast opportunity for agriculture, variety of tourism and untapped marine life, are a very few to mention here. It is very needed of the time to plan a new capital city for Balochistan having a futuristic approach to have a modern smart capital.

Balochistan had been dry and neglected for far too long. The only economic activity usually associated with the province is the CPEC and the mineral and natural resources mining drives

This can easily be managed provided that a proper plan is conceived and prepared to keep in view the modern requirement and with a foresightedness for the coming centuries to undertake just and prompt service delivery, enabling Pakistan to open new avenues for uplifting its economy to bring it in the row of developed nations. This can only be made possible if we plan the same with an open heart for the prosperity of Balochistan and Pakistan.

Not only considering the geographical disadvantage of Quetta to exert administrative control over the province while also remaining conveniently connected, but the ageing capital of Balochistan has also become overly populated, polluted, has meagre water resources, cold and harsh weather and is located on a fault line prone to earthquakes. The increase in population and uncontrolled urban migration is only making things worse.

There are 193 countries throughout the world, many examples for shifting capitals of the countries and capital of provinces for various reasons which are discussed ahead. Capital may be defined as the place wherein the political authority of a territorial unit is concentrated; it is the seat of the legislature, the headquarters of the executive, exercising a higher or lower degree of supervision over local administration according to the structure of government. 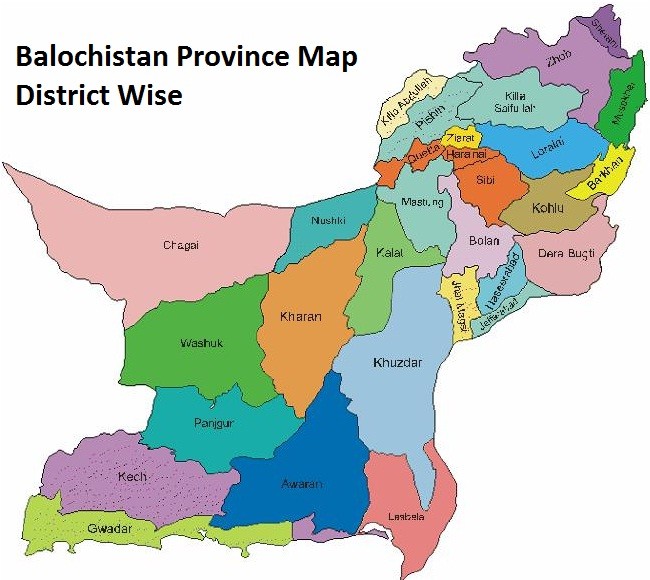 It is often; although not invariably the cultural focus of the country/province; but in many cases, it’s commercial and industrial important is less than that of other cities in the same country/province. It is therefore suggested that the new plan for a capital city may be included as one of the CPEC projects, near Khuzdar being centre of the Province.

The best-proposed site can be near Khuzdar City situated at the heart of the province, this area is having vast land, water reservoirs, and the site of a new exploration of Gas at Drill Stem Test (DST estimated at of the well showed a flow of 10.7 million cubic feet of gas and 132 barrels of liquid per day).

“Initial estimates based on the structure of the Marchand block reveal that this block has one trillion cubic feet of reserves, Exploratory Well Margand X –I located in Kalat District Balochistan. In view, the available components in the shape of water, land, and natural gas and centre of the province make it the most anticipated/desirable area for a well-equipped, planned and economically thriving new capital of Balochistan.

Throughout the world, many countries and their governments have moved their capital cities from one city to another. There are some reasons as to why a country might choose to relocate its capital city. Some countries relocate their capitals to cities where political, religious, economical and ethnic environments are considered neutral to maintain prosperity, peace, security and unity of the country. The following capitals including Islamabad which were shifted in the recent past.

The seven of the world’s newest cities:

Taking the opportunity of these lines I propose a name which is a mixture of Baloch and Pashtoon; inhabitants of Balochistan for centuries by mixing both as Balo-toon (Balotoon) with a visualization of a modern smart capital having an e-big data of the master plan. All its residents from the very beginning will be logged by state authorities. Whereas the visitors’ data will also be updated/maintained.

All the Government departments Business, Finance, Trade, Police/ LEA’s/ Revenue Department, Banks, FBR/Inland revenue services, Educational institution, Hospitals, Hotels, business, Municipal Government will be monitored through a single screen for efficient public service delivery and public safety. The emphasis will be focused on the prevention of crime through a state of the art digital monitoring system.

The master plan will be designed in such a way that requires private travel/commute to be minimized and public transport is relied upon which is operated electronically. Special emphasis will be put on green infrastructure implemented across the city with rooftop garden and productive green walls public parks, children’s play areas and community facilities green belts, vegetations with more rooms to grow food. It would shorten the supply chain and have it produced as close for consumption as possible.

Nearly all of the cities in Pakistan are not equipped to handle the onslaught of urbanization. Balochistan had been dry and neglected for far too long. The only economic activity usually associated with the province is the CPEC and the mineral and natural resources mining drives.

For real economic progress, the building of a modern capital equipped to handle a growing population providing considerable opportunities in terms of business and jobs is a need of the hour. After all retrofitting old cities with modern infrastructure and utilities is more complicated and expensive than clearing out a swathe of land and starting all over again. Rome wasn’t built in a day, but it might have been planned someday.

Balotooni a free-lancer and an indigenous local of Balochistan. The views expressed in this article are the author’s own and do not necessarily reflect the editorial policy of Global Village Space.

PIA to cash in on CPEC by announcing flights to Gwadar