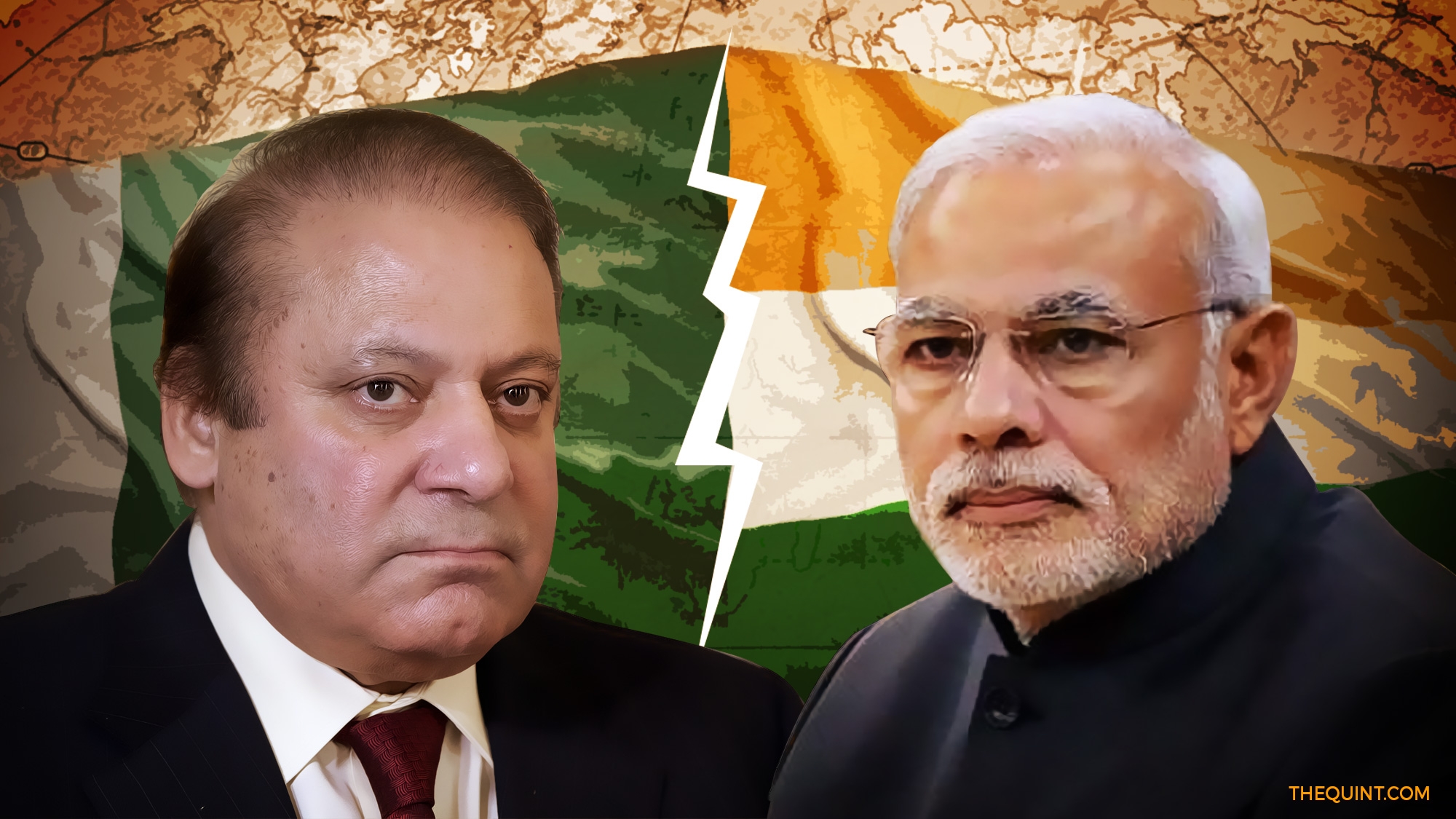 In the 1983 film WarGames, a nuclear war simulation is accidentally started by a supercomputer designed to take over in event of the cold war spiraling out of control. After evaluating all the possibilities, the computer declares that “war is a strange game, in which the only winning move – is not to play”. That advice is possibly the trust for India right now.

That era of “decisive” short wars – especially in the context of an Indo-Pak war is largely over.

For all the xenophobic warmongering touted in every medium, India cannot ‘win’ a war against Pakistan and the sooner we appreciate this politico-military reality, the more coherent and serious we will sound to our adversaries and the world community. The demands for a ‘once and for all’ resolution of Kashmir/Pakistan emanating from several quarters, which surprisingly includes some veterans – equating India’s non-retaliation with impotence – perhaps don’t factor the larger picture and the stark truth of modern military warfare.

Matter of fact, short of total genocide, no country regardless of its war-withal can hope to achieve a decisive victory with a ‘short war’ in today’s world. As the US is discovering eight years, trillion dollars and over 25,000 casualties later – in Afghanistan. That era of “decisive” short wars – especially in the context of an Indo-Pak war is largely over because of several reasons.

Firstly – the much vaunted Indian military superiority is largely an accounting subterfuge. Sure we have more soldiers, tanks, aircraft, and ships than Pakistan, but banking on mere numbers is misleading and irrelevant in military strategy. Pakistan has successfully locked down over 30% of our Army in internal counter-insurgency roles that not only sucks in combat troops from their primary roles for prolonged periods but also alienates the local population in the valley.

Pakistan and China have achieved military interoperability – which is the capability of their two armies to execute joint missions against a common target.

The major reason of the Pakistani Op Gibraltar’s failure in 1965, was the overwhelming loyalty of Kashmiri locals towards India. Disguised Pakistani troops who had infiltrated into the valley to incite rebellions were caught by the locals and promptly handed over to the Indian security forces. 50 years later, sentiment in the valley is very different. And this ‘turning move’ has been achieved by Pakistan with a ridiculously low investment of merely a few hundred terrorists and psychological operations.

Another substantial part of our Army is locked down in the North East insurgency and we are still trying to build adequate force levels against our much stronger adversary all along our border with China. India’s Chinese front is in a tenuous state because of decades of neglect and the massive infrastructure China has built to be able to mobilize several divisions in a matter of hours into that theater.

Most worryingly, Pakistan and China have achieved military interoperability – which is the capability of their two armies to execute joint missions against a common target. Decades of mutual cooperation, technology transfer, training, equipment sales and of course a common enemy – have welded our two adversaries into a formidable joint force. Pakistan’s accelerated achievements in nuclear technology, missile delivery systems, the logistic supply chain of equipment and spares as well as new-age technologies such as cyber and drone warfare are all the result of cooperation between the two countries.

Read more: A glimpse of the past: Was Pakistan ready to respond to India’s overt nuclearization?

India has primarily focused on developing its military arsenal whereas Pakistan and China have been developing war waging capabilities – which is a synthesis of many strengths other than just military force.

In contrast, India has not even been able to integrate its three services, what to speak of assimilation with political leadership, industry, academia and indigenous defense capabilities. As Praveen Sahwney points out in his book “The Dragon on our doorsteps” – India has primarily focused on developing its military arsenal whereas Pakistan and China have been developing war waging capabilities – which is a synthesis of many strengths other than just military force.

Secondly, Pakistan has leveraged their geopolitical position far more strategically than India has been able to. India has traditionally relied on moral high ground to achieve global consensus and support. In the aftermath of the Cold War, the world’s largest democracy, wedged in between a communist adversary and a rapidly radicalizing Islamic nation got global mindshare and sympathy. Though none of that translated into meaningful benefits for India per se, our foreign policy continues to have the hangover of “doing the right thing”. Unfortunately, in the harsh reality of the contemporary world that doesn’t count for much.

Russia-our traditional all-weather friend has far greater bonhomie with both the US and China than ever before. The US needs Pakistan to achieve closure in Afghanistan so much so, that despite the blatant betrayal of shielding America’s public enemy number one – Osama bin Laden, the US has no choice but to continue supporting Pakistan financially and militarily. On the other hand, Pakistan’s dependence on the US has reduced dramatically with China filling in the gap.

China’s “One Belt One Road” project coursing through the length of Pakistan has pretty much made the two permanent partners. China’s economic aspirations and access to the Arabian Sea through Baluchistan ending at Gwadar port is a strategic masterstroke by Pakistan and China. Not only is it a win-win for them but it is also a ‘lose-lose’ for India for many reasons.

India is at the risk of being perceived as the obdurate party incapable of setting aside bilateral issues for the larger good of the region. And with dark clouds hovering over their own respective challenges, none of the world’s major powers will have the gumption to interfere militarily in an Indo-Pak conflict.

Firstly, the only area where India could try a meaningful riposte to Pakistan sponsored insurgency would be Baluchistan. By tying in China’s stake in keeping Baluchistan under control, Pakistan has made it extraordinarily difficult for India to make any aggressive move in its south without threatening Chinese interests. The same is true for any Indian military action in the theaters of Kashmir or Punjab. Any Indian operation which endangers thousands of Chinese citizens working on the CPEC project in Pakistan will draw the wrath of China and give them the loco standing to initiate hostilities against India. So beyond shallow skirmishes all along the border, India really has no operational or strategic options without the risk of drawing China into a two-front war.

Pakistan has correctly appreciated that the force levels which India will be able to muster against it will be more or less evenly matched, and in the event of Indo – Pak hostilities, they can depend on China for their logistics supply chain as well as split the Indian Armed Forces’ resources and focus by mobilizing PLA divisions along the border with India. This would in effect, pin down a substantial part of the Indian Army’s reserves to cater for the Eastern front.

For a nation to go to war, all its pillars of strength, including its military, economic prowess, industrial capability, external alliances and national will must be aligned in a singular direction to achieve meaningful success.

Also, now there too many stakeholders dependent on the success of the “One Belt One Road”/CPEC project and any disturbance in this area would be attributed to India’s truculence rather than Pakistan’s interference into Kashmir. China combine has positioned the OPOR as an Asian developmental initiative, whereas the Kashmir problem has been positioned as a bilateral local issue – by none other than India itself. So, rather than looking like the visionary big player in the Asian growth story, India is at the risk of being perceived as the obdurate party incapable of setting aside bilateral issues for the larger good of the region. And with dark clouds hovering over their own respective challenges, none of the world’s major powers – the US, UK, Russia or France – will have the gumption to interfere militarily in an Indo-Pak conflict that has the potential to draw in the fifth permanent member of the UN Security Council.

Politically too, India is in no position to consider a short war. The current political dispensation is only just gathering momentum on its electoral manifestoes, the linchpin of which is economic development. That necessitates a stable and peaceful environment. War clouds are an antithesis for economic investments. Even preparation for war costs billions of dollars in terms of resources and mindshare, a diversion that India can scarcely afford when millions of youth are entering the job market whose un-channelised energies is another potential risk.

Read more: Pakistan: No option but to hit back at India & its Afghan proxy

For a nation to go to war, all its pillars of strength, including its military, economic prowess, industrial capability, external alliances and national will must be aligned in a singular direction to achieve meaningful success. War waging is not about bombastic threats, surgical strikes, cross-border firing or clamorous bellowing on TV channels. That is called letting off steam. There is an old couplet by Ramdhari Dinkar which suggests that forgiveness befits a snake which has venom in its bite – not one which is weak, toothless and harmless. To be taken seriously, India needs to build that strength first rather than spewing ineffectual rhetoric.

Raghu Raman is a distinguished fellow at Observer Research Foundation. He is a columnist, an ex-soldier, UN peacekeeper, and former CEO NATGRID. This article was first published in Medium and is republished here with permission. The views expressed in this article are the author’s own and do not necessarily reflect Global Village Space’s editorial policy.

Previous articleA comprehensive guide to Trump’s speech addressing the Muslim world
Next articleKashmir on fire: Has Pakistan really helped the cause?

23 July 2021
Previous articleA comprehensive guide to Trump’s speech addressing the Muslim world
Next articleKashmir on fire: Has Pakistan really helped the cause?