The writer laments that LoC peace in the past proved temporary for whimsical reasons. He hopes the current peace will lead to the solution to the Kashmir dispute. He mentions several tentative solutions. 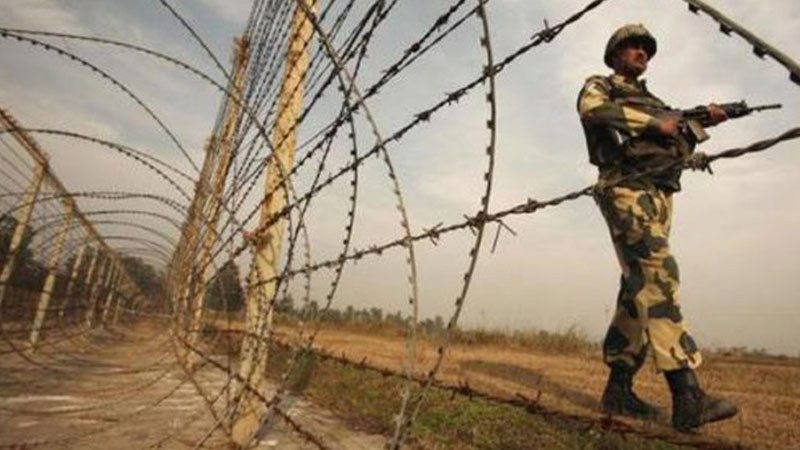 India and Pakistan have both announced to “strictly observe” the truce along the Line of Control and all other sectors “in the interest of achieving mutually beneficial and sustainable peace along the borders”. Such an announcement could not have emerged without Indian prime minister Narendra Modi’s imprimatur. A hunch is that the move is an upshot of a nudge from the US president.

This impression is fortified by several events that are accentuated by the India-Pakistan entente (so-called surgical strikes, 5000 ceasefire violations, the hype about the 2008 Mumbai attack and the one at Pathankot airbase, so on). From Pakistan’s angle, India believed in might is right. And while it was open to compromises with China, it displayed a fist to Pakistan.

In the past, peace at the LOC proved ephemeral as it was not backed up by sufficient follow-up. A dialogue is needed for the hour. It is a good omen that Pakistan is open to talks despite chagrin at the abolition of the occupied state’s statehood.

LOC vs LAC; a common misconception

A common misperception is that the Line of Actual Control (LAC) is more sacrosanct than the LoC. For instance, India’s prestigious Indian Express explained:

‘The LoC emerged from the 1948 ceasefire line negotiated by the UN after the Kashmir war. It was designated as the LoC in 1972, following the Simla Agreement. It is delineated on a map signed by the Director-General Military Operations of both armies and has the international sanctity of a legal agreement. The LAC, in contrast, is only a concept –it is not agreed upon by the two countries, neither delineated on a map nor demarcated on the ground’.

To understand Sino-Indian differences, one needs to peek into the Indian mind through books such as Shivshankar Menon’s Choices: Inside the Making of India’s Foreign Policy, Shyam Saran’s How India Sees the World, and A G Noorani’s India-China Boundary Problem 1846-1947.

The afore-quoted newspaper poses the question: “What was India’s response to China’s designation of the LAC?” It then explains India rejected the concept of LAC in both 1959 and 1962. Even during the war, Nehru was unequivocal: “There is no sense or meaning in the Chinese offer to withdraw twenty kilometres from what they call ‘line of actual control…”

In July 1954, Nehru had issued a directive that “all our old maps dealing with this frontier should be carefully examined and, where necessary, withdrawn. New maps should be printed showing our Northern and North Eastern frontier without any reference to any ‘line’.

The new maps should also be sent to our embassies abroad and should be introduced to the public generally and be used in our schools, colleges, etc”. It is this map that was officially used that formed the basis of dealings with China, eventually leading to the 1962 War’

India considers the LAC to be 3,488 km long, while the Chinese consider it to be only around 2,000km.

The LAC was discussed during Chinese Prime Minister Li Peng’s 1991 visit to India, where Indian PM P. V. Narasimha Rao and Premier Li reached an understanding to maintain peace and tranquillity at the LAC. India formally accepted the concept of the LAC when Rao paid a return visit to Beijing in 1993.

The reference to the LAC was unqualified to make it clear that it was not referring to the LAC of 1959 or 1962 but to the LAC at the time when the agreement was signed.

India’s disdain of the LOC

India’s mindset on the LOC should change. The problem is Nehru never cared for the disputed state’s constituent assembly, Indian parliament or the UN.

The tentative solutions include (a) status quo (division of Kashmir along the present Line of Control with or without some local adjustments to facilitate the local population, (b) complete or partial independence (creation of independent Muslim-majority tehsils of Rajauri, Poonch and Uri, with Hindu-majority areas merged in India), (c) a plebiscite to be held in five to 10 years after putting Kashmir under UN trusteeship (Trieste-like solution), (d) joint control, (e) an Indus-basin-related solution, (f) an Andorra island (g) Aland island-like solution and (h) permutations and combinations of the aforementioned options.

Abdullah irked Nehru so much that he had to put him behind the bars. Bhabani Sen Gupta and Prem Shankar Jha assert that “if New Delhi sincerely wishes to break the deadlock in Kashmir, it has no other alternative except to accept and implement what is being termed as an ‘Autonomy Plus, Independence Minus’ formula, or to grant autonomy to the state to the point where it is indistinguishable from independence”.

Sans sincerity and the will to implement, the only Kashmir solution is divine intervention or the unthinkable, nuclear Armageddon.

Mr Amjed Jaaved has been writing freelance for over five decades. He has served the federal and provincial governments of Pakistan for 39 years. His contributions stand published in the leading dailies and magazines at home and abroad (Nepal. Bangladesh, et. al.). He is the author of eight e-books including The Myth of Accession. The views expressed in the article do not necessarily reflect the editorial policy of Global Village Space.

The rise and fall of PIA; Has Imran Khan taken the right step?