Will Mawra’s “Angan” be the same hit serial like “Sammi”? 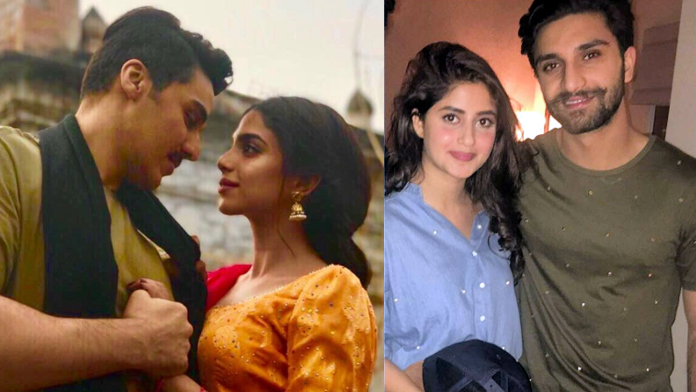 After the hit drama serial “Sammi”, Mawra Hocane has signed for another project under Momina Duraid Productions for HUM TV.

The upcoming drama serial is a mega project of Hum TV. “Angan” is a period drama that is set in the pre-partition time.

The male lead for the drama is yet to be signed. It is expected that some notable names in the industry will be featuring alongside Mawra Hocane.

The theme seems to be exciting and hence we can expect the drama to be of the same class as Fawad Khan’s and Sanam Baloch’s ‘Dastaan’ was. ‘Dastaan’ was too a period drama with a flair of soft romance set in the pre-partition times.

The then on-screen couple Fawad Khan and Sanam Baloch along with other supporting casts of ‘Dastaan’ have already raised the bar. People would be expecting ‘Angan’ to be at par with the standards set by ‘Dastaan’.

From the performances to the strong script, makers need to keep all the intricacies of storytelling in mind to make this drama a bigger success than its predecessors. While ‘Dastaan’ was a serious play that highlighted the dark aspects of sexual offenses faced by women during partition, the subject of “Angan” has not been publicised yet.

Read more: Deepika Padukone is not ashamed to talk about her depression

Since the drama is set in the pre-partition time, a lot of preparations are required to recreate the actual feel as stated by the management team. The script of ‘Angan’ has been written by Mustafa Afridi. Muhammad Ehtishamuddin will direct the drama serial.

Ehtishamuddin is already known for directing few hit serials for the same Tv channel. His notable works as director include “Sammi”, “Udaari”, “Sadqay Tumharay” and “Aseerzaadi”.

Mawra Hocane is actively working on the silver screen. But what does her absence from the Pakistani local film screen indicate? Despite doing a movie in cross-border India, Mawra Hocane is yet to perform in any Pakistani movie.

While sister Urwa Hocane is making her career in Pakistani film industry, Mawra Hocane is proving her mettle in the drama industry. We wish her good luck for this much-anticipated serial.

Why is Kangana Ranaut refusing to sign the petition to protect Deepika?