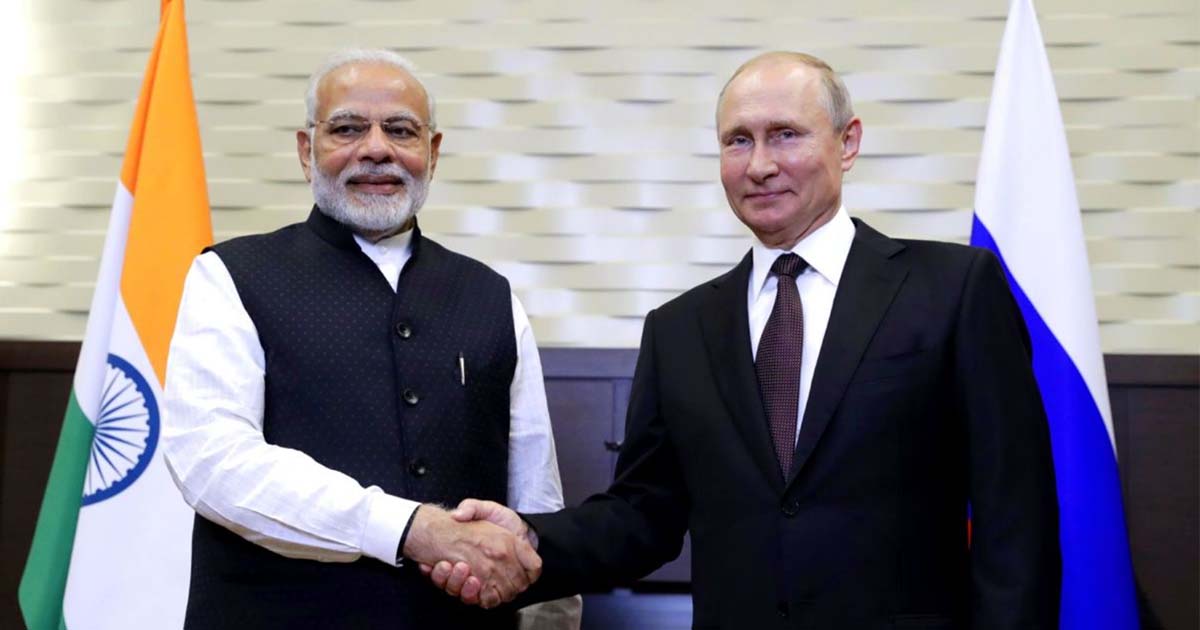 Within a week of National Security Advisor Ajit Doval’s consultations in Moscow on August 21, External Affairs Minister S. Jaishankar is travelling to the Russian capital for talks with his Russian counterpart Sergey Lavrov on Tuesday.

Prima facie, the heightened level of Russian-Indian interaction can be attributed to the forthcoming visit by Prime Minister Narendra Modi to Russia as the chief guest at the fifth Eastern Economic Forum meet in Vladivostok (September 4-6) where he is expected to clock several hours of conversation with President Putin.

The Russian foreign policies are riveted on the “big picture” of global politics. Whereas, India tends to be ad-hoc — expedient, makeshift, improvised, extemporary, unscripted.

From all appearance, however, Doval and Jaishankar are on a back-to-back mission to shore up Russian support for India as its time-tested friend and ally, which has become more crucial than ever today.

The announcement by the Russian Foreign Ministry spokesperson Maria Zakharova on Jaishankar’s visit by comes against the backdrop of signals from Washington that in the run-up to a settlement with the Taliban in Afghanistan that is critically pivoted on Pakistani help, the US is shifting to an intrusive policy on the Kashmir issue to bolster its reviving alliance with Pakistan.

In exceptionally frank terms, a senior US state department official put New Delhi on notice on Thursday that President Trump will seek explanations from Modi on the situation around J&K, voice human rights concerns when they meet in France on the sidelines of the G7 summit this weekend:

“We do expect the issue of India-Pakistan relations to come up. The President will likely want to hear from Prime Minister Modi on how he plans to reduce regional tensions and uphold respect for human rights in Kashmir as part of India’s role as the world’s largest democracy. India’s decision to rescind Article 370 in Kashmir is an internal decision but certainly with regional implications. And President Trump will likely want to hear how Prime Minister Modi intends to calm regional tensions in light of this significant move… The President is likely to stress the need for dialogue among all sides of the conflict and it is hoped that India will lift the communications and movement restrictions in Kashmir and exercise the utmost restraint in dealing with potential protests.”

Doval and Jaishankar are on a back-to-back mission to shore up Russian support for India as its time-tested friend and ally, which has become more crucial than ever today.

A White House official separately added: “We note the broader implications of the developments in Kashmir and the potential for increased instability in the region. So the president is very focused on this situation. What he [Trump] has indicated is that he is ready to assist if both sides are interested in helping to reduce their tension. But we just know that India has not requested any formal mediation. The President will likely want to hear from Prime Minister Modi on how he plans to reduce regional tensions and uphold respect for human rights in Kashmir, as part of India’s role as the world’s largest democracy.”

In nearly half a century since the era of Richard Nixon and Henry Kissinger, an Indian PM is facing inquisition from an American president. Indeed, this becomes Modi’s “Indira Gandhi moment” in the shadows of the Bangladesh war. Once again, India is scrambling for Russian support. In essence, Delhi rejects an India-Pakistan reconciliation under US mediation and would rather go the John Wayne way.

Our Sinophobes who celebrate that India-China ties may come under cloud due to J&K developments should now realise they are barking up the wrong tree. Delhi understands perfectly well that it is not Beijing that is the problem today, but Washington. A rethink has become necessary on the entire matrix of Indian policies through the past decade or so largely predicated on the blithe assumption (or, article of faith) that India and the US are “natural allies”, locked into a “defining partnership of the 21st century.”

The false assumption has been blown to smithereens once the Doha talks between the US and Taliban under Pakistani mediation/moderation/supervision began gaining traction and the regional alignments began shifting. The geopolitics of the entire swathe of Central and South Asia are poised for a phenomenal change that threatens to isolate India.

India’s decision to rescind Article 370 in Kashmir is an internal decision but certainly with regional implications.

Jaishankar’s talks in Moscow will give primacy to bilateral cooperation with focus on “the ways of further promoting bilateral cooperation and synchronise their watches for the schedule of upcoming contacts” — to quote Zakharova. Topping the agenda will be trade and investment, defence cooperation, “the use of national currencies in mutual payments” and “promising projects in the space and energy sphere, especially in the Arctic shelf and in Russia’s Far East.”

Clearly, Modi is choreographing the next phase of his singular foreign policy achievement of reboot of India-Russia relationship, which was languishing under UPA rule and had atrophied due to Delhi’s policy of benign neglect. Both Jaishankar and Lavrov are ex-career diplomats who are intensely conscious of the personal bond between Modi and Putin and their commitment to expand and deepen India-Russia relations.

The Russian-Indian Special and Privileged Strategic partnership always had a global character. The verve and larger-than-life impact of this unique partnership is directly proportional to the harmony in their worldview. In this regard, Zakharova characterised as “tough issues” the three key issues for discussion: India-Russia cooperation in the Asia-Pacific “as well as the UN”; Shanghai Cooperation forum and the Russia-India-China forum.

In addition, the talks will dwell upon BRICS “and some regional scenarios, including the preservation of the Joint Comprehensive Plan of Action on the Iran nuclear program and the situation in the Persian Gulf zone and in Afghanistan.” The Russian foreign policies are riveted on the “big picture” of global politics. Whereas, India tends to be ad-hoc — expedient, makeshift, improvised, extemporary, unscripted.

The false assumption has been blown to smithereens once the Doha talks between the US and Taliban under Pakistani mediation began gaining traction and the regional alignments began shifting.

The present crisis in Indian foreign policy is to be attributed almost entirely to this malaise, bordering on naïveté at times. Several tantalising questions arise: Why does India identify with the US’ Indo-Pacific strategy and ‘Quad’? Is China really a “rival”? What is India’s commitment to the Asian Century? Fundamentally, where do India’s medium and long term interests lie in a world in such historic transition, as the locus of global balance shifts away from the West after its centuries-long hegemony?

India is silent on the US’s regime-change agenda toward Tehran and meekly succumbed to American sanctions against Iran. India’s West Asia policy increasingly shows a tilt toward the US-Israeli-Saudi axis, which may take a leap forward this weekend if during Modi’s visit to Bahrain, an agreement is signed committing India to support the Gulf state’s internal security — a horrifying spectacle of India consorting with the state suppression of the Shi’ite majority population of Bahrain clamouring for empowerment. And, of course, India’s Afghan policies are in shambles and the debris may fall on J&K.

Jaishankar’s visit has the potential to revamp Russian-Indian relationship. There are low-hanging fruits and fruits that take time to mature when such pollinations occur. Modi’s meeting with Putin in about ten days from now will reveal the early picks.

Previous articleIsrael attacks Iraq covertly, Iraq to take matter to UNSC
Next article‘Modi’s India is not the one I fell in love with’, Congresswoman Ilhan Omar

23 July 2021
Previous articleIsrael attacks Iraq covertly, Iraq to take matter to UNSC
Next article‘Modi’s India is not the one I fell in love with’, Congresswoman Ilhan Omar

What foreign policy will the US adopt in the east next year as Cold War with China...

China takes a leap of faith in the Middle East

Will India accept a communist government in Nepal?