Jeffrey Sachs uncovers the case of foreign mining companies rejecting Pakistan Supreme Court's verdict over a controversial project in Balochistan and bringing in World Bank arbitrators to penalise the struggling country. Some analysts, however, disagree with Sachs. 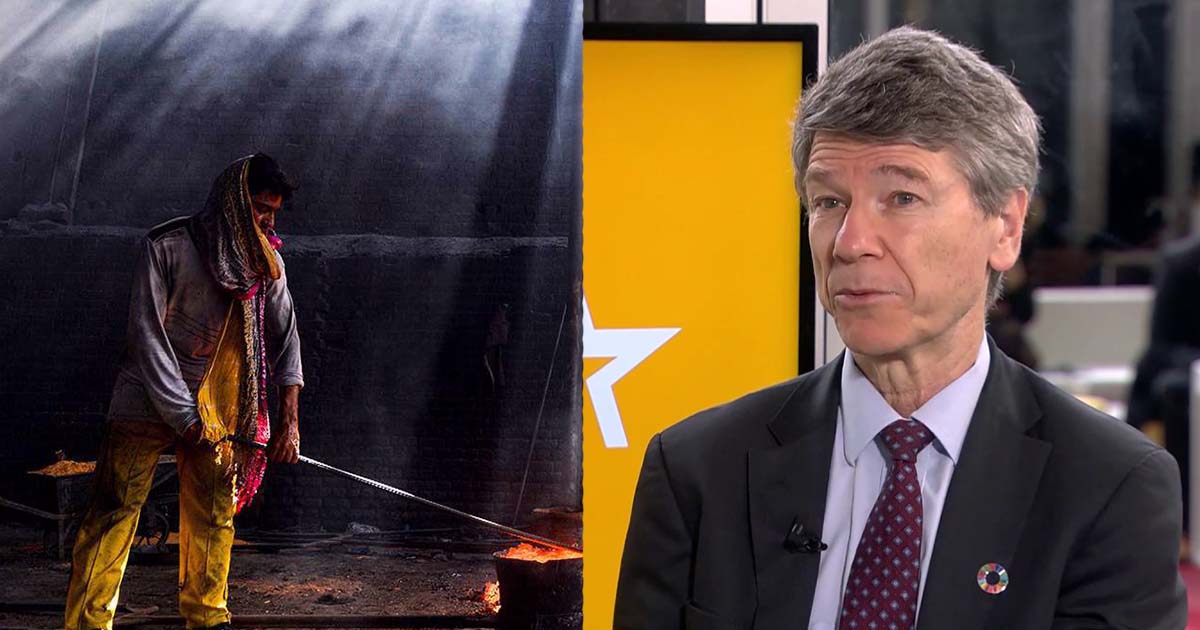 “Thanks to the World Bank’s flawed and corrupt investment arbitration process, the rich are making a fortune at the expense of poor countries. The latest shakedown is a $5.9 billion award against Pakistan’s government in favour of two global mining companies for an illegal project that was never approved or carried out” said Jeffrey Sachs, a world renowned economist and author of “The Age of Sustainable Development, in his latest article “How World Bank Arbitrators Mugged Pakistan”.

The article criticises the exploitive nature of international institutes such as the World Bank which make their fortune on the back of developing countries. Sachs delineates the case of a mining company’s project in Balochistan, an impoverished province in Pakistan.

To see how the so-called international rule of law enables rich companies to exploit poor countries with impunity, look no further than the @WorldBank's International Center for the Settlement of Investment Disputes, writes Jeffrey Sachs @Columbia https://t.co/dUuhja8Xs9

In 1993, a US-incorporated mining company, BHP, entered into a joint venture (JV) with the Balochistan Development Authority (BDA). The JV was set up to prospect for gold and copper, and in the event of favorable discoveries, to seek a mining license. BHP was not optimistic about the project’s profitability and dragged its feet on exploration. In the early 2000s, it assigned the prospecting rights to an Australian company, which created Tethyan Copper Company (TCC) for the project.

In 2006, Antofagasta acquired TCC for $167 million, and sold half to Barrick Gold. Soon after the purchase, however, the original JV agreement with BHP was challenged in Pakistan’s courts. In 2013, the Pakistan Supreme Court found that the JV’s terms violated Pakistan’s mining and contract laws in several ways and declared the agreement – and thus the rights claimed by TCC – to be null and void.

When TCC lost its case in Pakistan’s Supreme Court, it simply turned to the World Bank’s International Center for the Settlement of Investment Disputes (ICSID), in complete disregard of Pakistan’s laws and institutions. A panel of three arbitrators with no expertise in or respect for Pakistan’s legal system ruled that TCC deserved compensation for all future profits that it allegedly would have earned if the non-existent project, based on avoided agreement, had gone forward!

Because there was no actual project, and no agreement for one, the arbitrators had no basis to say what terms – royalties, corporate taxes, environmental standards, land area, and other basic provisions – the governments of Balochistan and Pakistan would have set. In fact, disagreement on many of those terms had stalled negotiations for years.

“How do we predict how a particular business is going to do in 20 years? Do we take into account climate change? What presumptions do we make about technology and how it will change?”

The Reko Diq mine, located in the troubled Balochistan province, hadn’t produced a single ounce of gold or a ton of copper as it was years away from becoming operational when it ran into legal trouble.

When it came to deciding the size of the compensation, the arbitrators relied on the testimony of a TCC expert named Professor Graham A Davis of the Colorado School of Mines.

Davis, who specialises in mineral economics, came up with a contested method to calculate what the mining companies ‘might’ have earned over the 50-year lifespan of the Reko Diq mine.

Experts have argued that there’s no sure way to calculate the future price of a mineral and the expected profit as political uncertainty and factors such as environmental impact are hard to predict.

“How do we predict how a particular business is going to do in 20 years? Do we take into account climate change? What presumptions do we make about technology and how it will change?”, said Robert Howse of New York University.

A panel of three arbitrators with no expertise in or respect for Pakistan’s legal system ruled that TCC deserved compensation for all future profits that it allegedly would have earned if the non-existent project, based on a voided agreement, had gone forward! https://t.co/LUqCO0LXhL

TCC wants Pakistan to compensate $60 million towards its legal expenses. The decision against Pakistan came at a time when Islamabad was facing a debt crisis and has signed a loan deal with the International Monetary Fund (IMF).

Farooq Tirmizi argues that Sachs knowledge on the matter is limited as TCC is the aggrieved party here, and the government of Pakistan was clearly in the wrong.

Tirmizi argues that the underlying economics of the transaction agreement do not appear to be unfair. The main bone of contention was that the Balochistan government was obligated to pay for 25% of the costs of the exploration and eventual development of the mine. Since the government of Balochistan did not have the money for the exploration or development of the area, BHP said that they would cover the costs in the form of a loan to the Balochistan government, payable only if a profitable mining operation were to start in Reko Diq. This connects to the timing of the transaction being challenged. When the opposition began in late 2009, TCC discovered actual gold and copper and began preparations for mining.

In December 2010, shortly after the media frenzy against TCC started, a miraculously well-timed “counterproposal” was submitted by the Metallurgical Corporation of China (MCC), a Beijing-based state-owned company. Tirmizi questions the convenience for them to have been ready with a proposal right when the fate of TCC’s mining licence was being litigated in the highly ill-informed court of public opinion.

He goes further to defend the lobbying efforts by TCC that came under scrutiny by the media and the courts as TCC was merely asserting that the company that does the exploration of a region should be given an automatic right to mine the field, unless the government could prove wrongdoing on the part of the company.

Tirmizi’s analysis attempts to debunk Sachs ill-informed analysis, prove the propaganda behind the case, and claim with a reasonable level of certainty that the company was acting in good faith and that the project would have benefited the people of Balochistan.

Why is US against CPEC?

Will the launching of a mobile application change the Thana Culture?