According to the IMF, the global economy is projected to contract sharply by nearly -3% due to the coronavirus. In the United States alone — nearly 23 million are expected to be unemployed by the end of this month. Textile exporters such as Pakistan and Bangladesh struggle with their inventories and existing stocks. At this stage, governments must take this pandemic as an opportunity to do things they could not do before. 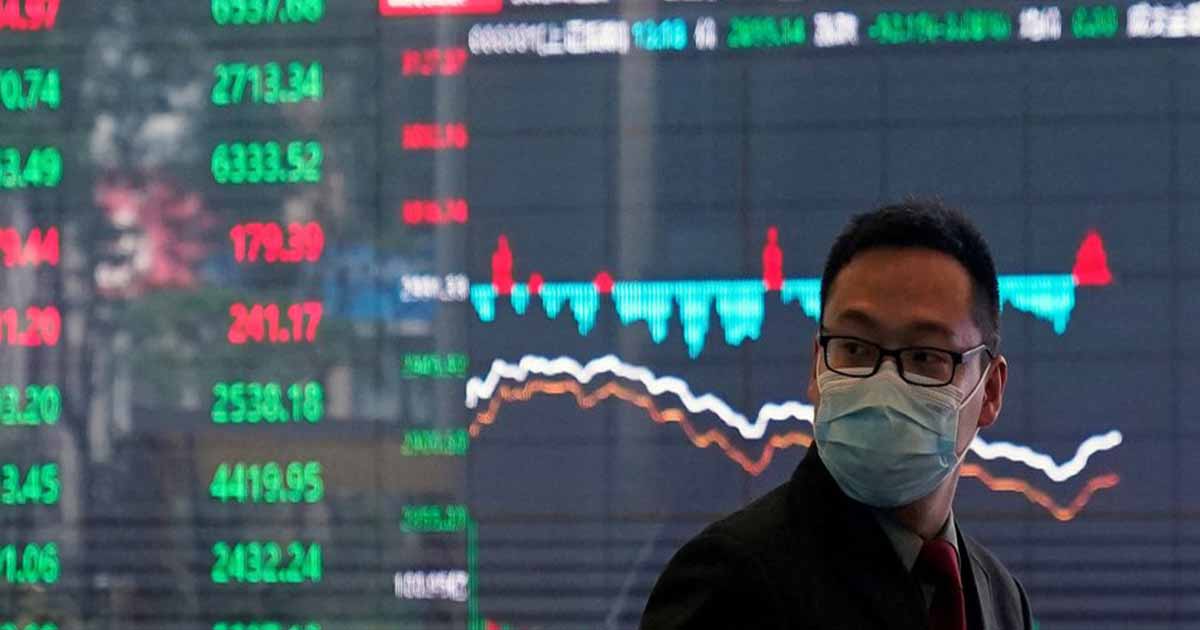 Four months into the pandemic roughly 2 million people have been tested positive for the coronavirus. From 24 to 28 February, stock markets worldwide reported their largest one-week decline since the 2008 financial crisis. Europe and America have seen record layoffs due to the closure of the economy — and in the United States alone — nearly 23 million are expected to be unemployed by the end of this month.

According to the IMF, the global economy is projected to contract sharply by nearly -3% due to the coronavirus; a much worse contraction than the 2008 financial crisis. For those who do not have much knowledge about these projections and values, it would not mean much to them. Therefore, this article aims to address the vast majority which does not fully understand the ramifications of this pandemic.

If one was to begin teaching economics, the first concept one would refer to would be of demand and supply. With regards to the impact of the virus, global demand and supply have undergone a simultaneous shock. Not only is the world population not buying goods but also suppliers are having problems manufacturing them. The fear this contagion has created has led to a shocking decrease in oil prices, an 18-year low of $22 per barrel last month.

The British government gave $500 billion to those impacted. But one must realise that money does not grow on trees. For money to be given to the populous, each nation has broadly three ways to get money

This has been exacerbated by industry shutdowns and lockdown of human resource around the globe. Moreover, people are limiting their consumption to essential goods and delaying major investment plans entirely due to prevailing uncertainty. This is further reducing demand. Until the world unilaterally announces the end of Covid-19 this fear would not be omitted from the society; the world is far from safe.

According to the UN, this pandemic will result in an income loss of nearly $220 Billion for developing countries around the globe. Countries such as Pakistan, which have adopted severe austerity drives due to IMF regulations, will be hit the hardest. As discussed above, demand shrinkage will contract production in developing countries.

Countries such as Pakistan and Bangladesh export textile items around the globe. As hundreds of textile industries struggle with their inventories and existing stocks, anything related to expansion or increasing stock will be the last thing on their minds — the first being sustainability.

Lack of demand will decrease production. Factories will shut down and unemployment would increase. Hence, problems already being faced by the developing countries will be multiplied. The greatest challenge for production units would mostly be the revisiting of trade agreements around the world. As countries will try to boost their health and safety standards, they would limit imports and boost exports. Henceforth, projections of existing businesses will further suffer.

Crashing stock markets would negatively impact not just large companies but it will also affect a common man’s wellbeing. The reason why stock market crashes are taken so seriously is that it projects the level of confidence of investors.

Stocks are an important source of cash that corporations use to manage and grow their businesses. If stock prices fall dramatically, corporations have less ability to grow. Firms that do not produce will eventually lay off workers to stay solvent. As workers are laid off, they’ll cut down on their expenses. A drop in demand means less revenue. That eventually means more layoffs. As the decline continues, the economy contracts, creating a recession.

As climate change continues to be the greatest long term threat to the globe, governments must take this virus as an opportunity to do things they could not do before

Currently, governments around the globe are pumping money into their economies to manoeuvre their way through this crisis. The United States signed a $2.2 trillion stimulus package for its people. The British government distributed $500 billion among the affectees. But one must realise that money does not grow on trees. For relief funds to be distributed, each nation has broadly three ways of acquiring its finances:

First would be to cut down on expenses and shift finances from one head to the other. The second would be to print its own money by giving the central bank some collateral. And lastly, by taking loans from International Financial Institutions. For developed countries, option one and two would make the most sense, but for developing countries, more loans would be their only option.

They are already cash strapped and rarely have a budget surplus. Printing more money bills would largely spark price levels to rise, already worsened due to the pandemic. Loans, due to their stringent conditions and high rates of interest, would further make progress a distant dream for developing countries, aggravating developing countries already grave conditions.

As the stress-test of global supply chains has showcased the fickle nature of the economic world order, a rethink must be in order. American Politician Rahm Emanuel aptly said, “You never let a serious crisis go to waste”. As countries will try their best to come out of this pandemic as quickly as possible, governments must be better prepared for the times ahead.

As the human race is united against combatting this pandemic, states must ensure that they are prepared for the uncertain times ahead. As climate change continues to be the greatest long term threat to the globe, governments must take this virus as an opportunity to do things they could not do before.

Hamza Aamir is working as a Sub Editor for the Global Village Space Magazine; he earlier graduated from the Lahore University of Management Sciences (LUMS) majoring in Economics and Mathematics. He has a keen interest in international relations and geopolitics. He can be reached at: Aamir19131 @gmail.com. The views expressed in this article are the author’s own and do not necessarily reflect Global Village Space’s editorial policy.

Back to square one – A bid for peace in Afghanistan

Saudi Arabia and Iran: When it comes to exiles, the pot calls the kettle black – James...

Are you ready to play under Khan’s captaincy?