The world economy is expected to contract by 5.2 percent this year -- the worst recession in 80 years -- but the sheer number of countries suffering economic losses means the scale of the downturn is worse than any recession in 150 years. The World Bank has sounded the alarm for the incoming mega recession. 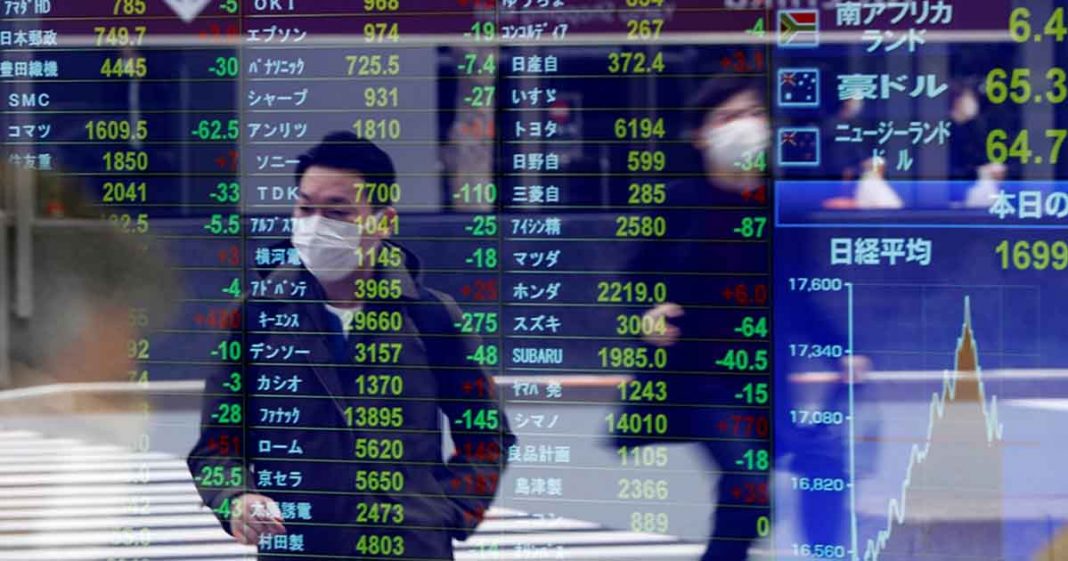 The coronavirus pandemic inflicted a “swift and massive shock” that has caused the broadest collapse of the global economy since 1870 despite unprecedented government support, the World Bank said Monday.

The world economy is expected to contract by 5.2 percent this year — the worst recession in 80 years — but the sheer number of countries suffering economic losses means the scale of the downturn is worse than any recession in 150 years, the World Bank said in its latest Global Economic Prospects report.

“This is a deeply sobering outlook, with the crisis likely to leave long-lasting scars and pose major global challenges,” said World Bank Group Vice President for Equitable Growth, Finance and Institutions Ceyla Pazarbasioglu. The depth of the crisis will drive 70 to 100 million people into extreme poverty — worse than the prior estimate of 60 million, she told reporters.

And while the Washington-based development lender projects a rebound for 2021, there is a risk a second wave of outbreaks that could undermine the recovery and turn the economic crisis into a financial one that will see a “wave of defaults.”

Economists have been struggling to measure the impact of the crisis they have likened to a global natural disaster, but the sheer size of the impact across so many sectors and countries has made it hard to calculate, and made predictions about any recovery highly uncertain. Under the worst-case scenario, the global recession could mean a contraction of eight percent, according to the report. But Pazarbasioglu cautioned: “Given this uncertainty, further downgrades to the outlook are very likely.”

Although China is nearly alone in seeing modest growth this year, the depth of the slowdown in the world´s second-largest economy will hinder recovery prospects in developing nations, especially commodity exporters, the World Bank warned.

While China will see GDP rise just one percent, the World Bank said, the rest of the forecasts are grim: US -6.1 percent, eurozone -9.1 percent, Japan -6.1 percent, Brazil -8 percent, Mexico -7.5 percent and India -3.2 percent.

And things could get worse, meaning the forecasts will be revised even lower, the bank warned. Though dramatic, the current forecast falls short of the Great Depression, which saw a global contraction of 14.5 percent from 1930 to 1932, while the post-war downturn in 1945-1946 was 13.8 percent, according to the World Bank.

Still, amid the still unfolding pandemic there remain some “exceptionally high” risks to the outlook, particularly if the of the disease lingers or rebounds, causing authorities to reimpose restrictions that could make the downturn as bad as eight percent. “Disruptions to activity would weaken businesses´ ability to remain in operation and service their debt,” the report cautioned.

Read more: World Bank believes South Asia could be the next hotspot of economic devastation

That, in turn, could raise interest rates for higher-risk borrowers. “With debt levels already at historic highs, this could lead to cascading defaults and financial crises across many economies,” it said. But even if the 4.2 percent global recovery projected for 2021 materializes, “in many countries, deep recessions triggered by COVID-19 will likely weigh on potential output for years to come.”

As of today, the global number of people infected by the Novel Coronavirus and suffering from the associated disease COVID-19 has crossed 6.9 million. There have been 401,000 deaths associated with the disease. A statistic to take heart from is the fact that 3.50 million people suffering from COVID-19 have recovered.

COVID-19 associated lockdowns have caused a slowdown in the international economy, with experts saying that it will shrink by as much as 6% this year. Estimates do not show it recovering before 2022. The World Bank has also sounded the alarm over the dismal economic situation that the world finds itself in, and has asked fiscal policy makers the world over to pay special attention to the economic fallout forecasted amid the pandemic.