Following the assassination of Iranian top General Qassem Soleimani in Baghdad drone strike carried out by the USA, anticipations for World War took a toll on social media. Will this conflict between Iran & the USA escalate into a war? Will that war escalate into World War? Isn't this how wars work? 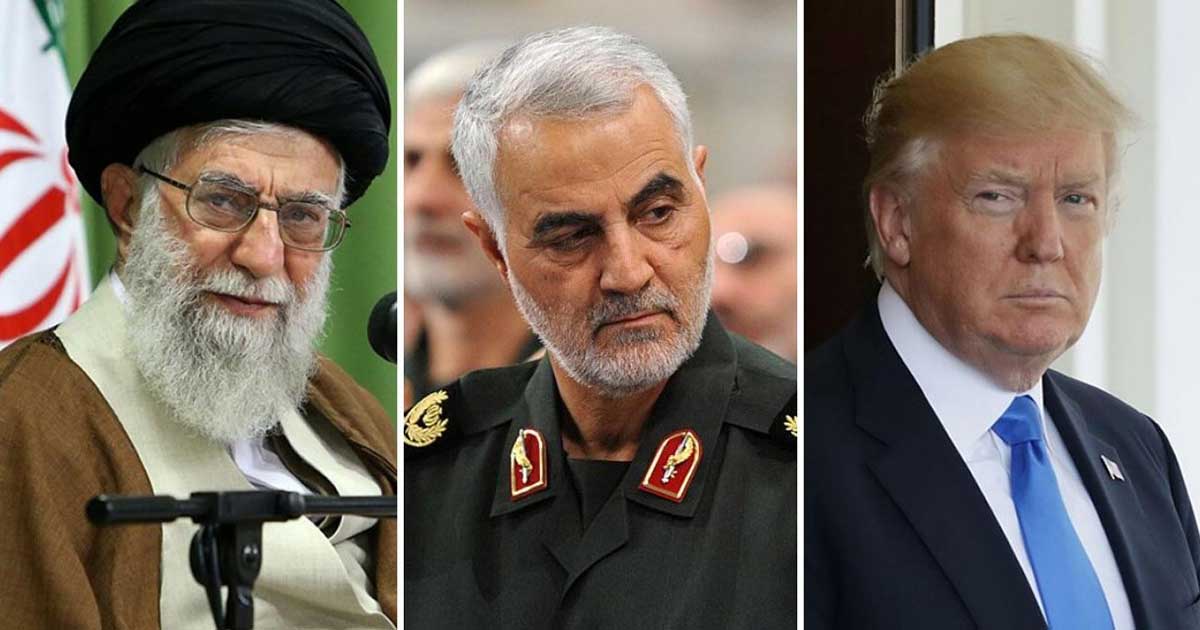 World War 3 is trending atop on Twitter immediately after the USA killed Iran’s top commander & Al-Quds force leader, Qassem Soleimani in a drone strike at Baghdad airport on Friday morning.

In a press statement, Pentagon confirmed that the USA hit Soleimani on the orders of President Donald Trump to thwart his plans to target the USA. Meanwhile, Iran condemned the assassination of General Qassem Soleimani in agonizing statements and alerted the USA and the rest of the world with severe consequences. Iran has pledged to avenge the death of General Qassem Soleimani.

This thread is worth a read, as it explains as to WHY #Soleimani 's Assassination is a HUGE trouble for US & #Trump & its repurcussions on #Iran #Iraq #Syria & #US itself 🤐#worldwar3 won't be a conventional war, as many suspect, but Iran will get even with US for this madness! https://t.co/EWIEp0HX1O pic.twitter.com/c0IYdc4wMl

The escalated tensions between Iran and the USA have expedited the risk of war between the two hostile states with many anticipating that the dispute has the potential to draw other states and the already embattled Middle East into a massive war. Anticipations for World War 3 took a toll on social media following the incident.

Read more: How the world is reacting to US killing of top Iran general

However, amid a serious diplomatic crisis between Iran and the USA with unanticipated global consequences, social media cracked up with hilarious memes on World War 3. The global Twitter users mocked that people of Asian countries’ fear for World War 3 after the assassination of Iran’s General Soleimani.

Welp , this aged so beautifully 😂😂 Now Donald Trump has potentially started a war with Iran 🙃 Dear Iran , leave the US out of it and we'll give you Donald Trump for FREE🙏🏾😂 #worldwar3 #WWIII #IMPOTUS pic.twitter.com/l1HkKscVD6

Each of these flags represents a country the US has bombed since WW2.

Feminists will be hired as they want equality
Meanwhile feminist:#worldwar3 pic.twitter.com/YCcjyKdrYS

Worldwide Twitter users posted hilarious memes on social media on World War 3. While the Twitter trend is petrifying several social media users, however, are convinced that World War 3 might not take a conventional form of war but Soleimani’s assassination has serious repercussions for the United States and the rest of the world.

Other posted messages to show restraint and support peace since the breakout of anything even close to war would be destructive for humanity and world order.

World war 3 loading but who cares my country Ghana is ready to take on anybody #worldwar3 pic.twitter.com/RudJYObM7N

2020 is gonna #WorldWar3 is
be my year is trending on
very 2nd Day pic.twitter.com/UT9K99SbZY

Meanwhile, people including Jemima Goldsmith, the former wife of PM Khan, slammed the United States of America for upping the military ante in the region with its reckless foreign policy decision.

Some using the trend World War III trend asserted that it was President Trump’s political antics to secure another term of the presidency as the elections are approaching. They asserted that his predecessors like Barack Obama and Bill Clinton unleashed war with aggression on other states to save their government or evict accountability.