War-torn Yemen is suffering again due to the coronavirus pandemic. Its healthcare system has all but collapsed, and many families are already on aid and cannot afford to stay home and self-isolate. The UN has called for urgent funding to sustain humanitarian life in the country. Will Saudi Arabia pay its dues? 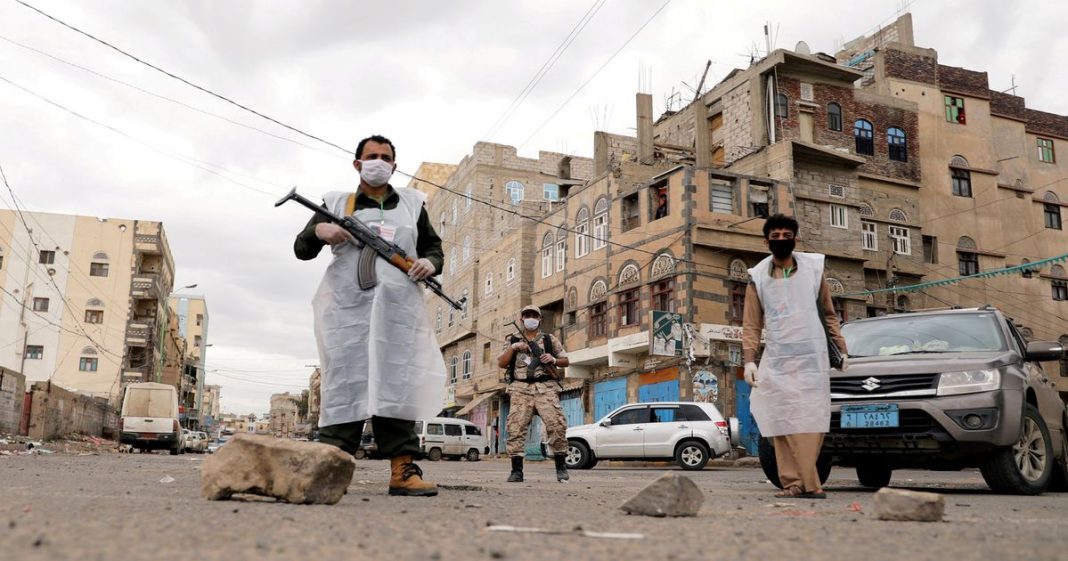 UN relief agencies said Friday that they need $2.4 billion for the next seven months to sustain a humanitarian lifeline for 19 million people in Yemen, which has been shattered by over five years of conflict, to avert famine and human suffering. In an interesting turn of events, Saudi Arabia, which has been at odds with Yemen for years, has offered to help out.

UN Office for the Coordination of Humanitarian Affairs (OCHA) Geneva spokesman Jens Laerke said at a video press conference the money is needed to fight displacement, malnutrition, disease and a weak health system “buckling under the pressure of the COVID-19 pandemic.”

“A tragedy is unfolding in Yemen” said Ms. Lise Grande, the UN Humanitarian Coordinator for #Yemen.The #humanitarian community is calling on international donors to pledge funding to continue life-saving work in Yemen: https://t.co/2XbovuUj8L

“The latest official numbers are 260 confirmed coronavirus cases and 54 deaths, but without adequate testing and analysis, the true picture is almost certainly much worse,” said Laerke.

A virtual pledging conference will take place on June 2, co-hosted by the UN and Saudi Arabia to help the UN agencies and their NGO partners fundraising for the response in Yemen. UN agencies have described Yemen as the world’s biggest humanitarian crisis.

The state-run Saudi Press Agency on Friday cited a directive from King Salman confirming Tuesday’s donor conference with which the UN aims to raise $2.4bn in one of the biggest aid operations so far.

#SaudiArabia confirms that it will organize a virtual donors conference for #Yemen in partnership with the United Nations.https://t.co/IsTANwOTTO

However, this is a controversial decision, as Saudi-led forces have ravaged war in Yemen for years. The country has been beset by violence and chaos since 2014, when Houthi rebels overran much of the country, including the capital Sanaa. The crisis escalated in 2015 when a Saudi-led military coalition launched a devastating air campaign aimed at rolling back Houthi territorial gains. Tens of thousands of Yemenis, including civilians, are believed to have been killed in the conflict, which has led to the world’s worst humanitarian crisis as millions remain at risk of starvation.

“Saudi Arabia may want out of the Yemen war and is certainly prepared to pay for a lot of reconstruction, but they are not likely to sign an agreement that calls for their total capitulation,” said Elana DeLozier, a fellow at the Washington Institute for Near East Policy.

It has for some months indicated it is seeking to extricate itself from the costly conflict that has killed tens of thousands of Yemeni people and triggered what the UN calls the world’s worst humanitarian crisis.

Some 75% of U.N. programs in Yemen have had to shut their doors or reduce operations. The global body’s World Food Program had to cut rations in half and U.N.-funded health services were reduced in 189 out of 369 hospitals nationwide.

“It’s almost impossible to look a family in the face, to look them in the eyes and say, ‘I’m sorry but the food that you need in order to survive we have to cut in half,’” Lise Grande, resident U.N. coordinator for Yemen said.

“If funded, more than 200 organisations — working in a coordinated fashion through a common strategy — will be able to continue to deliver the food, nutrition, health care, support to 3.6 million displaced people and other interventions which are critical for vulnerable communities across the country,” said Laerke. “If not funded, the specter of famine will return, COVID-19 and other killer diseases such as cholera, dengue and malaria will ravage the country, and more people will die,” said the OCHA spokesman.

Insufficient funding will reduce or close up to 30 programs, including further cuts in food assistance that will “raise the specter of a famine” as millions of families across Yemen depend on food aid to survive.

“Preventable death and disease will follow,” warned Laerke. Shabia Mantoo, a UN Refugee Agency spokesperson, said at the same press conference, UNHCR is urgently seeking $89.4 million to keep lifesaving aid programs in Yemen running. Without such funds, UNHCR will have to reduce and cut programs, which will severely impact nearly one million refugees and internally displaced people.

“Some of these consequences will mean that 282,000 refugees and asylum-seekers will no longer have access to basic services,” she said.

The services include education, health, food, water, sanitation and hygiene, and shelter or protection services, including registration, documentation, and specialized services for children.

This makes UN funding for Yemen all the more necessary.

Jens Laerke, spokesman for the UN Office for the Co-ordination of Humanitarian Affairs (OCHA), described the situation as “extremely alarming”.

He said people were being turned away from treatment centres partly because staff lacked protective equipment.

Aid organisations have on several occasions over the past months warned of the country’s ailing health system and the risk of the spread of the coronavirus.

Yemen is “critically under-equipped” to face the pandemic, said Xavier Joubert, country director for Save the Children in Yemen after the first case was announced.

“Only half of Yemen’s health facilities are still fully functional,” said Joubert.

Miserable state of affairs in Yemen

The COVID-19 pandemic has exposed inequalities around the world, with low-income workers from Bogota to London this week risking their health by returning to work in countries easing lockdowns, while wealthier people stay home.

In impoverished Yemen, where the pandemic is now taking hold, millions of displaced people face an even bleaker choice: head out and risk infection or stay home and go hungry.

Yemen’s government has advised people to only venture out for necessities but there is little authorities can do to impose restrictions in the war-torn country, said Tamuna Sabadze, Yemen country director at the International Rescue Committee (IRC).

An estimated 24 million Yemenis – more than 80 percent of the population – depended on some form of humanitarian or protection assistance for survival in 2019, according to the UN.

Read more: Do not turn your back on Yemen, they are dying of hunger: UN to world

“Four years of conflict according to the UNDP latest report have set back Yemen by 20 years,” United Nations Development Programme administrator Achim Steiner said in 2019.

“The world should not turn its back on Yemen,” he urged, appealing for “solidarity and generosity” from the international community.

UN funding for Yemen has become an absolute necessity, and countries with greater resources should try to ensure that Yemen does not succumb to the coronavirus after surviving years of war and bloodshed due to the war within its borders.

Andrew Korybko - 24 July 2021
According to Raffaello Pantucci, Pakistan is losing its regional security significance as it cannot maintain a balance between the great powers. However, Andrew Korybko negates Mr. Pantucci's claims and states that Pakistan is actively balancing between China, Russia, and the US and has a strong multi-alignment policy.