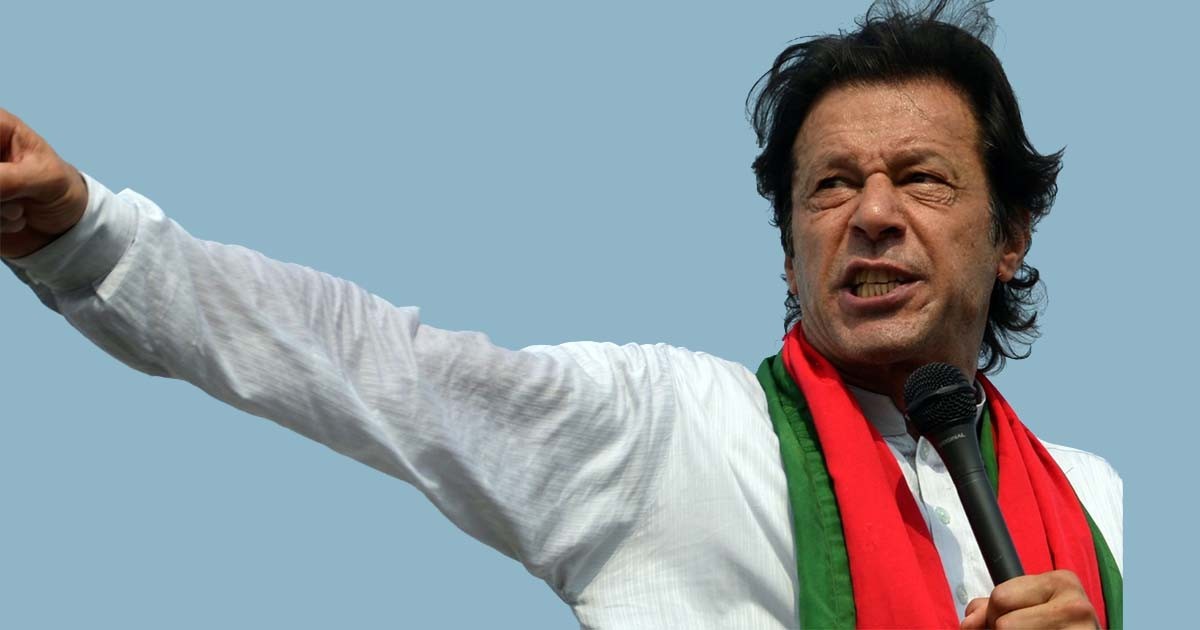 As the opposition is rallying for a call to street protest against Imran Khan’s government soon after the budget’s released, it is banking on the possible backlash of people suffering from the policies aimed towards an economic turnaround by the PTI government. The following story briefly sums up the stance of both parties and what is to expect from them in the near future.

Imran Khan Vs the Opposition

What chance does the opposition have to topple the government? And equally, what prospect does the PTI government has to withstand any such major pressure? Let us examine some facts that are not discussed on media talks shows.

The PTI government’s remaining four years term— and the resilience of the public to bear hardships for a better tomorrow under Imran Khan’s leadership.

Today, Pakistan is economically more stable than at this time last year. This may not be easily digestible for the critics of Khan’s administration and also may come as a surprise for the government itself which was not sure how to turn around the current account and the runaway budget deficits it inherited from the PML-N administration, leaving the country with almost no foreign reserves, and CAD to the tune of almost $2 billion a month in Oct 2018 and nearly 7 percent of the budget deficit.

The government had no clue where the economic meltdown was dragging them as the currency plunged around 30 percent in the open market. But as the government tries to revive the economy, people have found some certainty in the uncertainty and have acted to lessen their economic vulnerability.

Interestingly, all surveys so far construe that they have shown resilience and hedging against the rampant inflation—a fact, making it difficult for the opposition to push the country towards street protests, as seen during the last campaign by the then opposition party —PTI as in 2016,and eventual packing of the government that they may seek.

Perhaps, the opposition continues to miscalculate the level of people’s disillusionment with Imran Khan’s government. Maybe they were misguided by some analysts, observers and fringe political parties: It is true that the government is challenged with anti-inflation angers and claims of incompetence, those protests continue, although, these are small and sporadic; Even though the economy is contracting, an army of unemployed young people still think they have no future in the country and that hopelessness among the youth is alarming, the direction and the vision of Imran Khan reluctantly forced them to give the benefit of doubt to the government.

The government had no clue where the economic meltdown was dragging them as the currency plunged around 30 percent in the open market.

But the poor and the working class in Pakistan have no history of making a revolution by itself and the educated and influential middle class has to make a complex cost-benefit analysis based on the realities of daily life and the volatile regions that they live in instead of buying the rhetoric of the opposition (which is marred by serious allegations of corruption). In other words, the people’s fear of the consequences of any upheaval should not be underestimated. Nor they find the examples of strife and chaos in other regions—Afghanistan, Libya, Iraq and Syria—any appealing.

Meanwhile, the government has adopted a considerable degree of tolerance towards any protest. So far there have been neither any repressive measures against any small protest rallies in a clear move to help release the pent-up anger, nor is there any evidence of massive protests on economic issues. The government has largely tolerated the opposition’s protest in the Parliament.

The recent boom in Eid shopping, buzzing streets, cafés and restaurants in big cities is a new normality. There is no major event being foreseen that could really put survival of the PTI government in jeopardy.

The government has largely tolerated the opposition’s protest in the Parliament.

Furthermore, many analysts believe that the opposition narrative is not being bought by the common people for two reasons; first, since the PPP and PML-N’s top leadership is facing NAB’s accountability processes, they, by-and-large, want to fend off that pressure by using the alleged discontent card; second, the opposition is not interested in genuine issues of the people as their governance model in Sindh today and Punjab yesterday is not inspiring any confidence among the masses.

People may not like Imran Khan a 100 percent but how come they can treat the opposition as righteous and as their saviour? The mistake the opposition is making is that it has no strategy, unity, and vision of its own and is only waiting to leverage the mistakes of the government which is learning fast to reduce its vulnerabilities.

Leverage: A Nightmarish Past

The government still believes that the threat of the country going in default and the failed policies of Ishaq Dar—the economic wizard of Nawaz Sharif Government— was a nightmare for the people and they remember and can continue to use it as a sword held over the opposition’s head.

Government feels confident that both the PPP and PML-N cannot significantly muster street protest and even less  can it sustain it; the opposition has no leverage against the government in creating civil-military rift; any major misadventure to create organised chaos will automatically rupture the whole system, a nightmare scenario and an option too risky for the opposition to adopt; it can handle any limited opposition on the street from other segments, such as the lawyers community for example, as well.

Read more: Don’t vote for Imran Khan in next elections if he blames…

What Harm can the Opposition Cause?

The opposition cannot risk inflicting any major damage to the country’s business and political interests at a time when Pakistan’s strategic partners from China to Saudi Arabia are pouring in billions of US dollars in investment and shoring up the economy. It has no option but to compromise with what it has got—the PTI government’s remaining four years term— and the resilience of the public to bear hardships for a better tomorrow under Imran Khan’s leadership.

Jan Achakzai is a geopolitical analyst, a politician from Baluchistan and an ex-advisor to the Baluchistan Government on media and strategic communication. He remains associated with the BBC World Service. The views expressed in this article are the author’s own and do not necessarily reflect the editorial policy of Global Village Space.

Which one will you buy? KIA Stonic vs Honda City vs...

News Desk - 23 September 2021
KIA Stonic is going to be a new entrant in the Pakistani market, and since the crossover SUV section is very quickly replacing the sedans, it was only fair that KIA's new SUV is compared against the popular Honda City and Toyota Yaris.

How the Attack on Saudi Arabian Oil Facility Can Impact Pakistan?