Annabelle: Comes Home failed to scare people as its predecessors have managed to in the cinemas. Few jump-scares can easily be shrugged off and it hints to the dying horror genre in Hollywood. 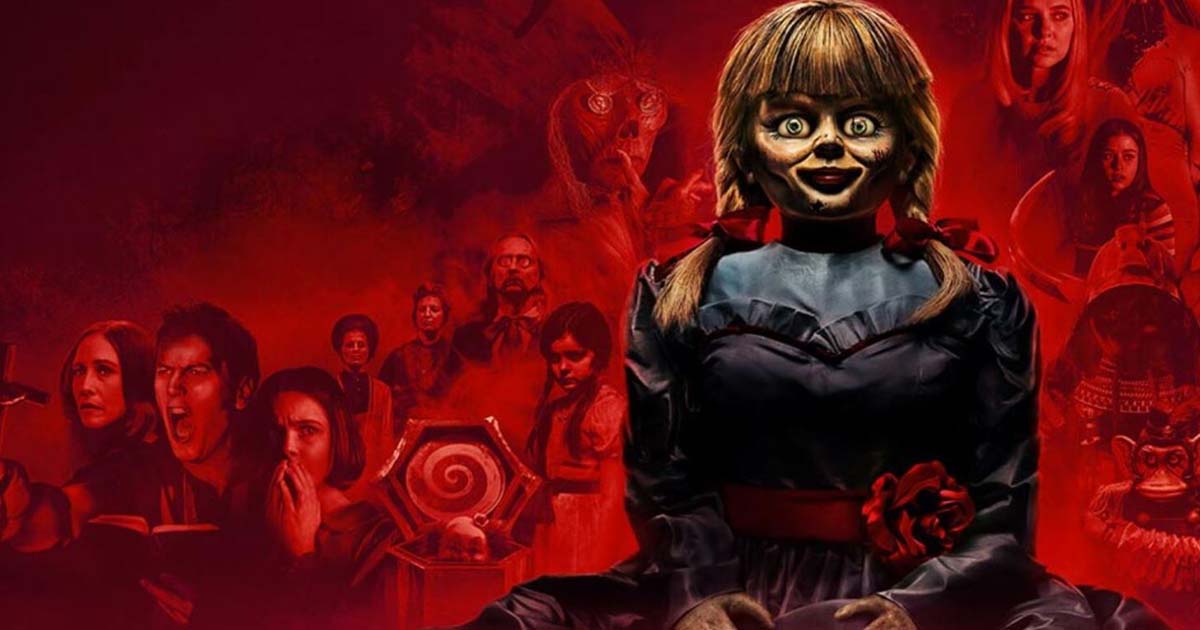 After two disappointing entries in ‘The Conjuring‘ franchise, James Wan’s horror franchise is back with the third  (and hopefully final) entry in the Anabelle series: Anabelle Comes Home. The film serves as the directorial debut of Gary Dauberman, who had previously written 2017’s It, and the first two Annabelle movies.

The film comes on the heels of another disappointing, though massively successful entry in the franchise, The Nun. And although this film isn’t as pretentious or generic as the latter, Annabelle Comes Home makes it clear that the Warner Bros. horror division is quickly running out of scares.

Starring child wonder Mckenna Grace, who has proven to be a true star in the making with remarkable turns in films like Gifted and I, Tonya, plays the daughter of Ed and Lorraine Warren (the always amiable Patrick Wilson and Vera Farmiga).

The film is set entirely in the Warren house and we are shown in greater detail than before the kind of evil spirits the two paranormal investigators have caged away. Judy is left in charge of her teen babysitter as her parents go away on a trip.

The film also stars Jumanji’s Madison Iseman and Supernatural’s Katie Arife as the babysitter for Mckenna Grace’s Judy and her rebellious friend. While the three young leading ladies provide a change of pace for the horror series, the film seems to tread a tad too carefully around the kids, making sure that the action feels very PG and is never too scary.

In other words, while Annabelle: The Creation was never afraid to go dark despite its plethora of child actors, Annabelle: Comes Home feels far safer. The film goes on to introduce an interesting concept of Anabelle being a purveyor of demonic activity rather than the demon itself.

This means that she is a supernatural beacon of sorts for ghostly spirits to wreak havoc on humans. We are shown this through a number of interesting ghostly figures from a knife-wielding bride to a serial killer ghost with coins on his eyes. Essentially the Warrens house becomes ground zero for all kinds of paranormal activity once every demon they’ve entrapped in their ghost room comes out to play.

With a premise like this, great fun could have been had. Heck, another horror flick, Insidious Chapter 2 (also a James Wan production, but one which had the prolific director behind the camera) pulls off something similar.

But other than showing glimpses of the villains every once in a while, the movie doesn’t try to really show how evil they are. In fact, the film seems to be holding back, either because it wants to simmer down the real terror amongst its child heroes or, more likely, to save each ghost for a potential franchise.

I’ve spoken before about how soulless some of the recent Conjuring spin-offs have felt and Annabelle Comes Home comes off a little better than some of its predecessors, though it ultimately doesn’t bring enough heat.

However, the film had few cute moments particularly with Michael Cimino’s adorkable Bob, the film didn’t have enough material overall to justify its existence. For good or bad the film also doesn’t milk the 80’s kids get in trouble angle like most films in its genre do.

There does seem to be an attempt to make this horror film a little different from the others in the brand simply by not putting in enough jump scares but the movie also doesn’t properly manage to genuinely build an atmosphere that comes anywhere close to chilling. In fact, it is all too easy to shrug off the few jump scares the film throws at us towards the end and call it a cute film.

Read more: The Nun: Leaves you jumping in your seat?

The inclusion of the older Warrens could have been a good way of keeping fans interested in the franchise, with the help of two beloved characters, but sadly their role in the movie is the equivalent of an extended cameo. Anabelle 3 ends up being so weak that it will likely begin the end of the Conjuring movies unless the next one comes up with big ideas and isn’t quite as milquetoast as this.

While the film manages to defy conventional horror movie tropes and try something new with the franchise, ultimately the film leaves no lasting impression whatsoever.

The Maldives: a honeymoon haven in peril

Priyanka supports the “Me Too” campaign against sexual assaults