The Australian Prime Minister has categorically stated that Australia is not intimidated by Chinese threats, as relations between the two giants rapidly tank. 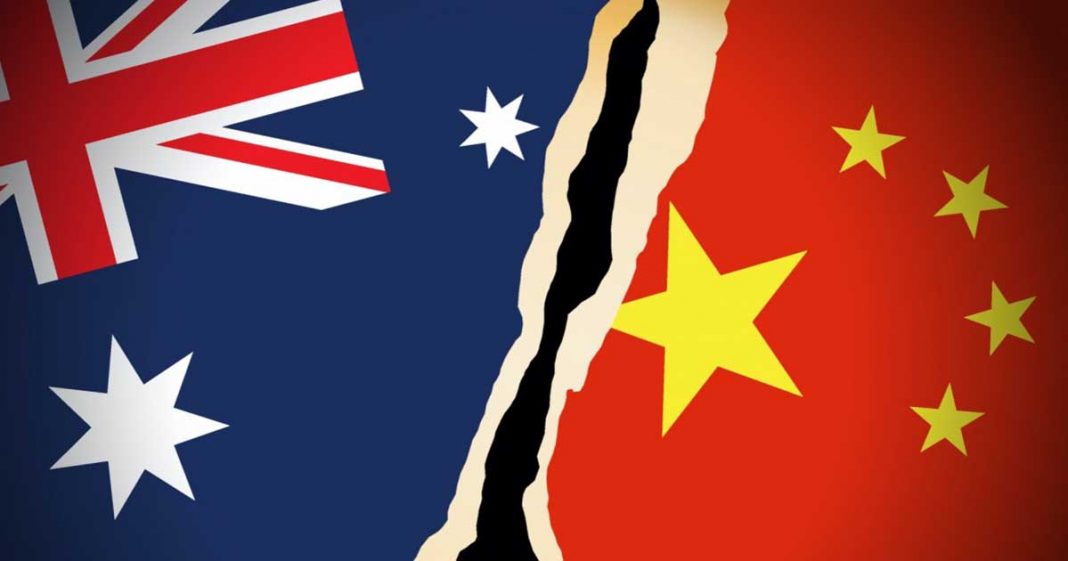 Australia warned Thursday it would not be intimidated by attempts at economic “coercion” after China threatened to undermine the multi-billion dollar flow of Chinese tourists and students to the country.

Beijing has issued warnings in recent days that Chinese should avoid Australia due to concerns about racist incidents targeting ethnic Asians during the coronavirus pandemic.

The comments were the latest salvo in a long-brewing diplomatic dispute between Australia and its largest trading partner.

The Morrison government has formally protested to Beijing over its claims Australia is too dangerous for its tourists and students, as Chinese nationals already here downplayed allegations of racism. #auspol https://t.co/yviTXs8kU5— The Australian (@australian) June 10, 2020

Australia not intimidated by China: assertions are ‘rubbish’

“It’s a ridiculous assertion and it’s rejected,” he said during a radio interview.

“We have an important trading relationship with China and I’d like to see that continue,” Morrison said.

But he warned his government would “never be intimidated by threats” or “trade our values in response to coercion from wherever it comes”.

During the pandemic racism toward Asians has reportedly increased, according to the New South Wales anti-discrimination commission.

Tensions have grown steadily in recent years between the two governments as Australia has moved to counter Chinese moves to build its influence both domestically and across the Pacific region.

More recently Canberra angered Beijing by leading calls for an international probe into the origin and handling of the coronavirus pandemic in central China.

China has since taken several steps targeting trade with Australia, including the attempts to discourage Chinese travellers, who represent the biggest groups of foreign tourists, and overseas students.

The effect of Beijing’s travel advice will only be known once Australia’s borders — closed to all non-essential inbound and outbound travellers due to the pandemic — reopen.

Education is Australia’s fourth-largest export with more than 500,000 international students enrolled last year, bringing about Aus$37 billion into the economy.

After Canberra’s support for a virus inquiry, China’s ambassador in Canberra threatened a widespread consumer boycott of Australian products — a warning followed up by a bar on four major Australian beef exporters.

That was followed in May by an 80-percent tariff on Australian barley over dumping allegations, a move grain growers say will cost at least Aus$500 million (US$350 million) a year.

Earlier, China also threatened a consumer boycott of Australian goods because of alleged racism faced by its citizens in Australia.

The significance of Modi’s visit to China