China warns of racism in Australia and issues travel warning as the two countries find themselves locked in an escalating diplomatic spat. This is the latest in rapidly deteriorating Sino-Australian ties. A consumer boycott may also be coming soon. 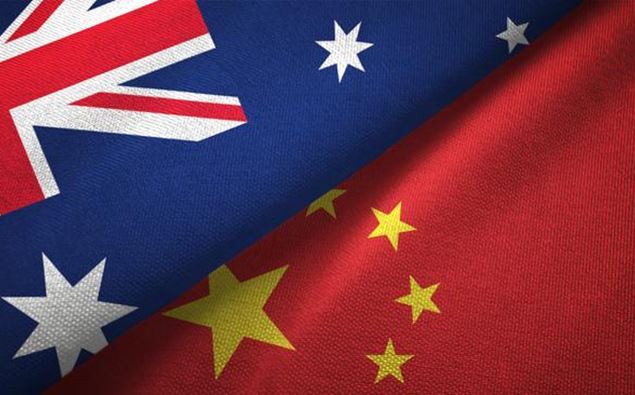 Beijing warned Monday there has been “a lot of discrimination” against Chinese people in Australia, escalating a diplomatic row just days after telling its citizens not to travel there. China warns of racism in Australia and has also issued a travel warning for citizens who wish to travel there. This is a sign of an escalation of the diplomatic row between the two giants which has been raging since the start of the year.

Tensions between Australia and China have been mounting on a number of fronts, and Beijing reacted with fury to recent calls for an independent investigation into the origins and spread of the coronavirus pandemic after it first emerged in central China late last year.

China stepped up the war of words again last week by telling its citizens to avoid the country altogether over safety concerns.

China warns of racism in Australia faced by its citizens

“Recently, there has been a lot of discrimination against Chinese and Asian people in Australia,” said foreign ministry spokeswoman Hua Chunying at a regular press briefing Monday.

“Many Chinese in Australia have been insulted or even injured…(and) graffiti or words with racist connotations against Chinese have appeared in Sydney, Melbourne, Brisbane and other Australian cities.”

On Friday, China’s culture and tourism ministry had advised against travel to Australia due to increasing racism linked to the coronavirus.

Since Australian borders are closed to all non-essential inbound and outbound travellers because of the pandemic — with no date set for them to reopen — the advice from Beijing is largely symbolic.

Australian Trade Minister Simon Birmingham told the ABC’s Radio National on Monday that there had been racist incidents.

“But I think the idea that Australia, in any way, is an unsafe destination for visitors to come to is one that just does not stand up to scrutiny,” he said.

The anti-discrimination commission in New South Wales — Australia’s most populous state — said last week that there had been an increase in enquiries related to the pandemic and racism against people of Asian backgrounds.

The group said instances included people being bullied for wearing a face mask, spat at and harassed in public on their way to work, while they exercised or at the supermarket.

China is advising its citizens not to visit Australia, citing racial discrimination and violence against Asians, in what appears to be Beijing’s latest attempt to punish the country for advocating an investigation into the coronavirus pandemic. https://t.co/GizIoMnUxO— The Associated Press (@AP) June 6, 2020

Anti-Discrimination NSW said it had also heard from people who have experienced violent race-related acts like their car window being smashed and racist language written across cars and private property.

The relationship between Beijing and Canberra has become increasingly troubled as China has become more assertive in flexing its growing military, economic and diplomatic power in the Asia-Pacific region.

In response to calls for an independent inquiry into the origins of the pandemic, the Chinese ambassador in Canberra had threatened a widespread consumer boycott of Australian products — a warning followed up by a bar on imports from four major Australian beef producers.

And then in May, China imposed an 80 percent tariff on Australian barley over dumping allegations, a move set to cost at least Aus$500 million (US$350 million) a year, according to five of the nation’s grain growers.

An editorial published by the nationalist Chinese state-run Global Times warned the travel alert “may just be the tip of the iceberg”.

“If Australia wants to retain the gain from its economic ties with China,” it said, “it must make a real change to its current stance on China, or it will completely lose the benefits of Chinese consumers.”

Earlier, India and Australia strengthened security ties, including sealing a pact to boost military logistics support and maritime cooperation, as both nations experience heightened tensions with regional superpower China. China has been increasingly projecting beyond its borders, a move which has irked Western nations and neighbouring India.

In a virtual summit held online as the coronavirus pandemic restricts international travel, the two leaders signed a Mutual Logistics Support Arrangement as they hailed an upgrade of their strategic partnership.

“This is important not only for our two nations, but is also needed for the Indo-Pacific region as well as for the world.”

His Australian counterpart Scott Morrison added that “in a time like this, we want to deal very much with friends and trusted partners”.

Analysts said Beijing’s increasing assertiveness in the region, as well as ongoing US-China tensions, was pushing India and Australia closer together to mitigate some of that risk.

“I didn’t expect these two would mention the ‘C’ word, China, but it was very much at the back of their minds,” Asian Studies Adjunct Professor Purnendra Jain of the University of Adelaide told AFP.

“Both the prime ministers are very much aware that these are turbulent times, and to deal with these times, we need to do something together. This is about coronavirus and free trade, but this is also very much about dealing with China.”

The talks are also expected to strengthen a quadrilateral partnership that includes Japan and the U.S. and is seen by analysts as part of efforts to contain China’s influence in the Indo-Pacific.

Honda unveils new 250cc bike and it costs the same as a Mehran!