In its first 60 days, the PTI government has launched a series of transformational projects aligned with these themes – we look briefly at three of these including a National Housing Scheme for the underprivileged to build five million houses in 5 years, Clean and Green Pakistan, and Pakistan Citizen Portal for people to register their complaints.

As the details become clearer we will look at these more closely in our forthcoming issues. The government has set up a tracker which we urge our readers to follow closely.

Now you can track the progress of our 100 days Agenda.
Please follow : https://t.co/KgyhNVAmk6
for all the latest updates and actions taken to accomplish #PMIK100DaysPlan. pic.twitter.com/2xEOm6bwsp

On 28 October 2018 Prime Minister launched the Pakistan Citizens’ Portal that has all the potential of upending the status quo power holders. This portal will introduce a system of e-governance that will finally give citizens a say in government affairs and force government officers to serve rather than rule people.

The British left behind a colonial system of ‘brown babus’ that have ruled the past seven decades on the basis of elitism – ‘knowing’ what was best for the people and personally (and often monetarily) benefiting from the concentration of power that their offices held.

On 28 October, 2018 Prime Minister launched the Pakistan Citizens’ Portal that has all the potential of upending the status quo power holders.

The Prime Minister Performance delivery unit‘s introduction of the citizens portal will allow citizens to register their complaints and suggestions via the internet, social media, phone apps, and 0800 numbers. To ensure the legitimacy of the people they will have to register with their CNICs in the system.

It will initially cover about 4000 government functionaries, federal and provincial offices; complaints registered at Pakistan Citizens Portal will automatically reach heads of relevant departments for appropriate action and give the relevant department a maximum of 10 days for readdressing complaints. In case an official fails to react, his or her superior will be digitally alerted by the system.

Read more: Can the PTI led government reform the SECP?

The portal will allow the government to analyze where the complaints are coming in and how departments are performing. The data collected will be published monthly and will appear on officers ACRs and be used to evaluate their performance.

The PM has promised this long-overdue merit-based analysis of performing & non-performing officers. A similar web portal has been successfully introduced earlier in KPK under the PTI government (2013-18). 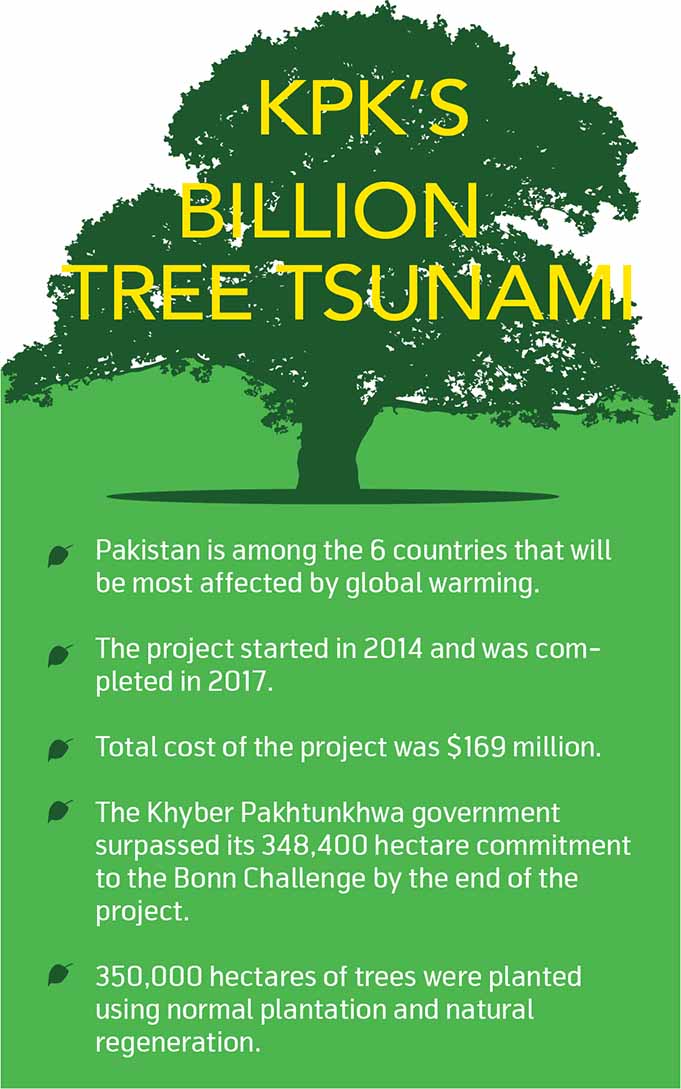 While the government will lead the initiative he was clear in pointing out that it will ultimately be driven by people’s participation. He asked people to change their mindsets and overcome their inertia and oblivion to the dirt outside their house and remind themselves of the importance of Islam accorded to cleanliness.

Over 40,000 children die each year due to pollution in Pakistan. He announced that cleanliness would be part of the syllabus for schools from Grade 1 -5, starting immediately in Federal institutions.

Cleanliness competitions would be held among tehsils after every 2 months – where officials would be rewarded or penalized on the state of their areas every 6 months. The government would create dumping waste sites, from village to tehsil levels; energy projects would be set up close by which would be used to convert waste into electricity generation to provide for local power needs.

By 2023, he promised to try to ensure one toilet in every house; currently, only 42% of Pakistanis have toilets and the government would start a volunteer scout program to recruit brand ambassadors and religious leaders to push the program.

Public toilets are to be built across Pakistan and each Petrol and CNG pump station has been immediately informed that they should have clean toilets. Numbers will be put outside toilets where people can take pictures and complain through WhatsApp or twitter if these toilets are not clean – which will be used to fine non-compliant stations.

Pakistan ranks 79th in the world with regard to forest cover; less than 1% of its territory is under forest. India, by comparison, has over 23% under forestation. New policy aims to change this significantly in the next five years.

PM Khan has initiated a laudable project which will help the impoverished people of Pakistan if successfully implemented; however, critics point out that Anil Musarat, a UK based property developer, close to the PM Khan, had himself estimated that this project may cost up to $180 billion dollars and is thus well beyond Pakistan’s financial capacity.

While the government will lead the initiative he was clear in pointing out that it will ultimately be driven by people’s participation.

PTI, as promised in its manifesto has set out its housing policy to build 5m houses in the next 5 years for poor and middle-income people; those with monthly income up to 25,000 rupees. The country currently has a housing shortfall of approximately 10 million houses.

This scheme will be a private-public partnership in which the government will provide land as equity and set up a new Housing Authority within next 90 days that will act as a one window facility to help people finance and build houses. A land bank will be created to get information on all federal and provincial government lands.

The scheme is also expected to create jobs – with estimates as high as 6m being floated; as it helps over an estimated 40 downstream industries. Pilot projects have been announced in seven districts in first phase (Sukkur, Quetta, Gilgit, Muzaffarabad, Swat, Islamabad, and Faisalabad) and another ten in the second phase (Lahore, Kasur, Sialkot, Jhelum, Bahawalpur, Layyah, Multan, Vehari, Rahim Yar Khan and Gujranwala).

People have been asked to download and return forms on Nadra’s website so that the government can gauge the level of interest in different areas. Only one person per nuclear family is eligible to apply for the scheme. A nuclear family includes husband, wife, and children. Preference will be given to candidates who do not own any independent residential unit in Pakistan.

Is Amitabh Bachchan hoping for peace between India, Pakistan?

PM Khan opens up about Islam with Shaykh Hamza Yusuf

Is Russia about to attack Ukraine? Intelligence agency reveals

Oil prices down after joint efforts

Talks on horizon between Afghan Taliban and Kabul Government?

How Pakistan & Qatar are spearheading a mission for Afghanistan