Can India turn Chabahar from a gift into a curse? 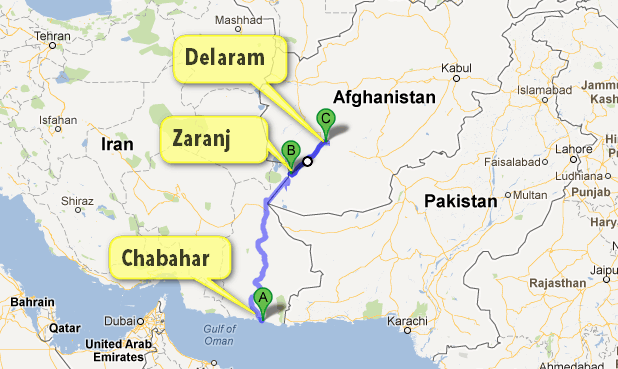 The opening ceremony inaugurating the Chabahar port was filled with much fanfare and represents a strategic achievement for both Iran and India. It allows the Mideast country access to the Arabian Sea and subsequent Indian Ocean without having to cross through the bottlenecked Strait of Hormuz, while also enabling it to capitalize off of prospective Indian infrastructure advancements in more reliably connecting with Central Asia and Afghanistan.

It’s here where New Delhi’s envisioned purpose comes in, since the South Asian state sees Chabahar as its gateway to the Eurasian Heartland, colloquially known to the Western public simply as “the ‘stans”, all the while avoiding Pakistan’s transit space. India believes that Chabahar could one day rival China’s nearby Pakistani port of Gwadar in the shared transregional space of Balochistan, though this expectation is wildly optimistic and will probably never unfold in that manner.

The US is still expected to oppose the North-South Transport Corridor, and might really begin putting pressure on India if any serious progress is made in this direction.

Nevertheless, Chabahar has a third strategic utility, and it’s in serving as the mainland-maritime interface of the North-South Transport Corridor (NSTC) which plans to connect India with Russia – and eventually further afield to the EU – by means of Iran and Azerbaijan. In the long run, Chabahar could function in giving Russia long-awaited access to a warm water port in the “Global South”, thus facilitating its trade with all Indian Ocean states, including Pakistan and Myanmar.

That, however, is utterly unacceptable to American strategists, but it puts them in a bind. India is, after all, thought to be the US’ main partner for the next century, at least according to Secretary of State Rex Tillerson, though New Delhi’s relationship with Washington’s hated foes in Tehran has now produced a tangible strategic outcome in the Chabahar port.

On the one hand, the US could be expected to lean on India to downscale its support for this project out of solidarity with any forthcoming American pressure against Iran, especially in light of the escalating violence in Yemen that the Mainstream Media will assuredly try to find a way to blame on Tehran to one extent or another.

The opening ceremony inaugurating the Chabahar port was filled with much fanfare and represents a strategic achievement for both Iran and India.

Though on the other hand, it needs to be said, the US does indeed gain by having its 21st-century ally compete with China and Pakistan in Central Asia and Afghanistan, respectively, and growing Iranian strategic dependence on Chabahar could put New Delhi – and consequently, Washington – in a position to influence it sometime in the future. That being the case, though, the US is still expected to oppose the North-South Transport Corridor, and might really begin putting pressure on India if any serious progress is made in this direction.

Read more: Chabahar – Some Indian myths and the reality

So long as India uses Chabahar to access Central Asia and Afghanistan, and develop a complex strategic-economic interdependency with Iran, then the US will turn a blind eye to this relationship, and maybe even secretly encourage it, but the moment that it begins to lead to an outcome that’s directly in Russia’s interests, that’ll be the time that America will do everything in its power to rein India back in and get it to indefinitely delay, disrupt, and possibly pull out of the project.

Af-Pak border heating up: Who is to be blamed?