Ex-DG ISI, Lt Gen (R) Asad Durrani, argues that the Great Game between Russia and Britain over Afghanistan moulded much of the region's history for the 19th and 20th centuries. He says, it now provides a viable solution for Kashmir issue in the 21st century. 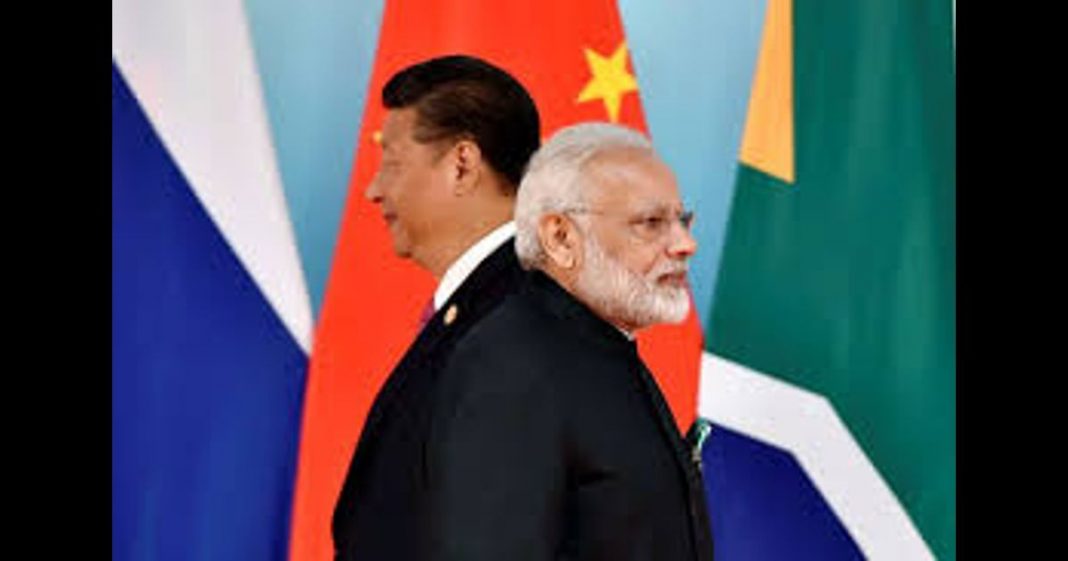 That they go together is by now amongst those Chinese words of wisdom, which have so often been quoted that they have lost their sheen. A 21st-century iteration of the “Great Game” in Kashmir allows an opportunity to solve the issue with Pakistan, China and India all having a stake there.

Even then, since the latest excitement in the Himalayas is so quintessentially Chinese, and has followed so soon on the heels of what Trump called the Chinese virus, it has alerted us to yet another threat to our Chinese corridors – it should still make us think about the trials and tribulations that come in its wake.

As the contours of this crisis were unravelling, we obviously had to reflect over the earlier Himalayan blunders: Indians in NEFA (North-East Frontier Agency) and Pakistanis missing their chances in Kashmir.

So much must have changed in the last six decades but the lessons from the past can always be put to good use. If Ayub Khan was dissuaded by the Yanks from taking advantage of Indian troubles in NEFA, or he was getting cold feet then the American factor remains relevant in the present context as well.

Sino-Pak cooperation in the aftermath of India-China skirmishes

Since the Chinese seem to have the Indians in a bind in Ladakh, it might be a good idea to find out how they intended to play it out. In view of our higher than Himalaya ties, it should not be too difficult a proposition.

Read more: China domesticated the “India tiger” thanks to a reckless Modi

In fact, we should assume that the two countries had synchronized their plans. Preventing American intervention – though no longer as crucial as in the unipolar days – might well be an agreed element of our bilateral strategy.

There is however one initiative that is entirely up to us to take.

Replicating the Great Game in Kashmir

The Great Game of the 19th Century was essentially played by diplomats and spies (both actually cut from the same cloth). According to the late Yahya Effendi, probably the best military historian Pakistan has produced, it was the wisdom of the Afghan emirs that saved Afghanistan from becoming a battlefield between two imperial powers, Britain and Russia, and won the country the status of a buffer.

Afghanistan went beyond that role after Pakistan inherited the British mandate in the North-West of the Subcontinent. It protected our western borders in our wars against India. We returned the favour by helping the Afghans defend their sovereignty – and took great risks in the process.

It’s time to replicate that strategy in our North-East. There may even be an opportunity to do so.

During the early days of the present commotion in Ladakh, an old friend sent me a message that the Kashmir resolution was now on the cards. I didn’t take it seriously – we’re a wishful lot with stars in our eyes.

But when reminded that only last year the Chinese President had suggested that this flashpoint at the confluence of three mighty mountain ranges needed trilateral attention – by India, Pakistan and China – many parts of the puzzle started falling in place. And that’s when my thoughts drifted to the other intersection; not only of mountains, but also of roads, rivals, and regions.

But of course, the two places are not alike.

Afghanistan had more than the wisdom of its Emirs going for it – a hostile terrain and a history of resistance against forceful occupation. And then the two contending powers, Britain and Russia, preferred to keep each other at bay than to lock horns in a country which had mastered the art of playing one against the other.

Kashmir on the other hand can be a friendly place to stay with a long history of accommodation. The problem is that both the claimants, India and Pakistan, would rather turn this paradise on earth into hell than let the archrival enjoy its forbidden fruit.

Nevertheless, there are still some sane voices in the two countries who believe that since neither side was likely to get its most wishful outcome, they might look for something less fulfilling. Sounds so Chinese, but is in fact the age-old principle of compromise. Dangers inherent in glacial conflicts that never seem to melt away may have convinced some of us that denying the adversary any claim to outright victory was our least bad option.

There could be a number of ways it could be done, and in the last seven decades some have of course been mulled over. The Trieste Model came closest to a bargain that duly dressed-up, might address most of the genuine concerns of the Indians, the Pakistanis, and the Kashmiris. But such prescriptions are less important than the trio’s willingness to compromise – what now seems to be inevitable.

It would not be an easy sell in Pakistan – essentially because all the thinking here has been outsourced to the think tanks, which in the meantime cannot think out of tank. The elected lot, ignorant and long ignored, now openly defy the country’s locus standi—a free and fair plebiscite—by shouting “Kashmir banega Pakistan” right in the Parliament.

Luckily, we have a history of armed-twisting and U-Turns.

It will be harder still in India. It has been painting itself in a corner by declaring a disputed territory as its atut-ang (integral part) and bulldozing provisions that provided the occupied people with a symbolic link with the Union.

Their hearts and minds had already been lost as conceded by no one less than Yashwant Sinha, once an iconic figure in the BJP hierarchy. It’s now clinging to the real-estate of Kashmir, which too looks tenuous.

But then what good is a hardliner like Modi if he cannot take some hard decisions to get India out of a situation, best described as “between the rock and a hard place”.

Kashmiris might not get their independence but the consolation prize of their acceptance as a bridge, though not a buffer, between the three mighty neighbours, with all the chances to play one against the other a-la the Afghans, may not be a bad incentive.

Chinese will not be gloating too much. But securing another front that could be used to prick their ambitions to provide the much-needed balance of power would be very gratifying.

Asad Durrani is a retired 3-star rank general in the Pakistan Army and presently a commentator and speaker. Durrani previously served as the director-general of the Inter-Services Intelligence and former director-general of the Pakistan Army’s Military Intelligence. The views expressed in this article are the author’s own and do not necessarily reflect the editorial policy of Global Village Space.

The beginning of the Sino-Indian romance?