China domesticated the “India tiger” thanks to a reckless Modi

Through his irresponsible strategy of cultivating the false domestic perception that his country is truly the "superpower", Modi inadvertently helped China triangulate India in its own backyard 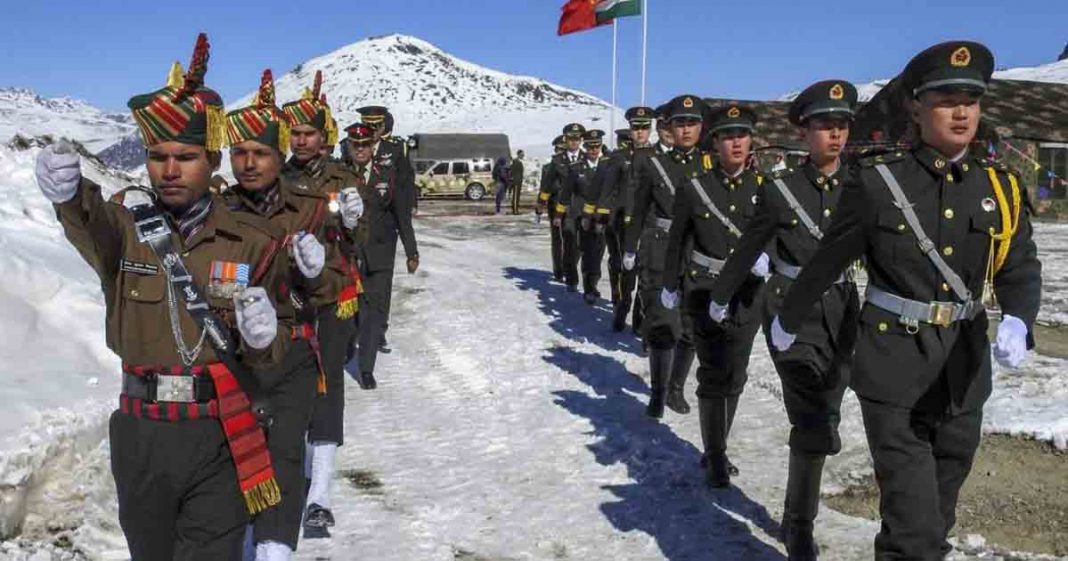 The state-sponsored cultivation of hyper-nationalist sentiment is a dangerous tiger that few leaders in history have ever been able to tame, something that Modi in India is quickly learning the hard way. China has not only tamed but also domesticated this tiger.

He let the genie of Indian jingoism out of the bottle over the past six years as part of his irresponsible strategy of cultivating the false domestic perception that his country is truly the “superpower” that it claims to be.

Nothing could have been further from the truth, but the indoctrinated masses were successfully conned after hearing this narrative.

Following the disastrous aftermath of India’s brief border conflict with China last week, however, many can’t help but feel disillusioned after the government itself was forced to acknowledge that it lost at least 20 soldiers and counted several times as many injuries as a result of non-firearm clashes with the People’s Liberation Army (PLA).

Furthermore, Prime Minister Modi made an epic mistake when he told an all-party meeting on Friday that “no one has intruded into our territory”, which has been widely interpreted as ceding India’s claims to the recently disputed Galwan Valley and tacitly admitting to provoking the latest incident by invading Chinese territory, which essentially means that India’s servicemen were killed for no domestically justifiable reason.

Modi has started to panic

The author wrote more on this topic in his recent piece about how “Modi’s Major Himalayan Mistake Crushed The Indian Military’s Morale“, which explains that India expected to impress its new American ally by taking a high-profile lead in “containing” China at its behest.

What it didn’t anticipate, however, was that the much more formidable PLA would so brutally expose India’s dreams as nothing more than a dangerous self-delusion, which in turn prompted Modi to panic and instinctively try to “save face” in pretending that New Delhi had never laid claim to the Galwan Valley in the first place.

That’s not factually true, but it goes to show just how much the Chinese have shaken the Indian leadership to its core that the country’s chief jingoist, Prime Minister Modi, was cowering in fear to such a degree that he conveniently forgot about his past six years of chest-thumping.

A rapidly growing segment of Indian society is furious that their leader, who handily won re-election last year in a sweeping landslide largely due to his hyper-nationalist rhetoric, would behave in such a weak way.

This is totally at odds with his strongman reputation and even arguably disrespects the recent losses that the Indian military recently experienced.

The Prime Minister’s Office has since attempted to walk back his controversial statement by attacking its “mischievous” interpretation by many, but the damage is already done.

Many Indians are experiencing severe cognitive dissonance after having been brainwashed into believing that their country was a “superpower” but then realizing that it’s really a “paper elephant”.

This is extremely dangerous for the country’s stability because the resultant psychological stress brought about by this revelation can provoke people into acting in ways that they otherwise wouldn’t, be it participating in violent protests or more peacefully disowning the ruling party that they used to sincerely look up to.

Either way, the situation is untenable and Modi knows that he has to do something more to “save face” otherwise, his party’s, and India’s reputation will be irreversibly ruined.

There’s a chance that he might simply sit back and hope that the genie of jingoism that he unleashed over the past six years will go back into the bottle, but the likelihood of that happening is nil and some form or another of blowback is bound to occur in the coming future.

For that reason, last week’s unconfirmed report by Nepal 24 Hours alleging the presence of “RAW And Indian Guard Commando Force With Weapons In Soaltee Crowne Plaza Nepal” deserves to be taken more seriously than it might initially seem.

The report cites unnamed Nepalese security officials who allege that Indian intelligence agents and highly trained military forces are surreptitiously surveilling the capital from a safe house owned by the former King.

.@SecPompeo discusses the Chinese Communist Party's national security legislation in Hong Kong, its ongoing campaign of repression against Chinese Muslims, its recent escalation of border tensions with India, and its militarization of the South China Sea. pic.twitter.com/xAauMfBiiu

The King, they claim, is passively facilitating this treasonous activity out of hope that the conventional, unconventional, or false flag attack that these foreign forces might be planning could restore the monarchy.

It’s unclear whether the details of Nepal 24 Hours’ report are true, but suspicions about Indian intentions towards Nepal are certainly warranted.

This is considering the recent thawing of their long-frozen border dispute that was caused by India’s jingoistic publication of a map last November that included the disputed Kalapani region as its own.

Modi is scared of Nepal because of China

This was in response to the promulgation of a new federal constitution for ending the landlocked country’s long-running civil war.

After India decontextualized, over-amplified, and propagated Nepal’s tit-for-tat cartographic response to New Delhi’s provocative publication of its jingoist map in November as “unprovoked aggression”, the tiny state realized that it was one of the next targets in India’s “Akhand Bharat” crosshairs.

Accordingly, it began beefing up its border defenses, and some of its security forces were even engaged in a lethal shootout with India two weeks ago. Shortly thereafter, the Nepalese Chief Of Army Staff visited the disputed Kalapani border area, following which it was revealed that Nepal will deploy its troops to that part of the frontier for the first time in India’s post-independence history.

Quite clearly, Nepal perceives India to be a credible threat to its national security, which is a direct result of the larger state’s Hybrid War on its much smaller neighbor. It’s for this reason why Nepal 24 Hours’ unconfirmed report should be taken seriously because it conforms with the expectations that an objective observer might have of the next phase in India’s Hybrid War on Nepal.

That said, it remains to be seen whether Modi will go through with the scenario of launching some sort of attack (whether conventional, unconventional, or false flag) against Nepal. This will be a desperate attempt to “save face” before India’s uncontrollably jingoistic population that his government is entirely responsible for provoking to this point.

Perhaps the only thing causing him to think twice is his fear that China might undertake a “reverse-Donglang” in response. Just like Bhutan requested Indian assistance during the months-long summer 2017 border incident with China over the Donglang Plateau (referred to as “Doklam” by India and therefore most of the world’s media), so too might Nepal do the same in any forthcoming border incident over the disputed Kalapani region or any other part of their extensive frontier.

The prospect of Chinese troops rushing to assist their Nepalese counterparts upon request, in spite of such a request being at odds with Nepal’s 1950 “Friendship Treaty” with India (but justified on the basis that India was the first to violate it by provoking whatever incident might eventually transpire), could worsen the nightmarish blowback from India’s Hybrid War on Nepal by possibly resulting in the PLA being deployed all along the Terai plains bordering India’s most populous state of Uttar Pradesh in the “worst-case” scenario.

Modi’s squeezed into a corner by its northern neighbours

Modi is visibly panicking after realizing that the genie of Indian jingoism can never be put back in the bottle after he irresponsibly unleashed it over the past six years as part of his party’s mistaken belief that it’ll unify the nation behind his Hindu nationalist leadership.

The utter humiliation that the PLA inflicted on the Indian military last week without a single shot being fired, on top of Modi’s mistake in tacitly acknowledging Chinese sovereignty over the recently disputed Galwan Valley, is leading to tremendous pushback from his disillusioned population.

The population is now suffering in the throes of severe cognitive dissonance after having previously fallen for the lie that their country is truly the “superpower” that it professes to be.

Faced with yet another looming disaster entirely of his own making, this time one which credibly runs the risk of further delegitimizing the ruling party and its ideology, Modi might desperately seek to “save face” by bullying what he wrongly regards as the weakest of his neighbors that India has some sort of dispute with.

The unconfirmed report from Nepal 24 Hours suggests that some sort of operation might already be in the works, but that would be among the most epic mistakes that Modi ever made if he actually goes through with such a scheme because it could very easily result in the “reverse-Donglang” scenario of PLA troops being deployed all along India’s border with Nepal.